Lottie Manalo to Iglesia: We are heirs of ‘God’s Messenger’ 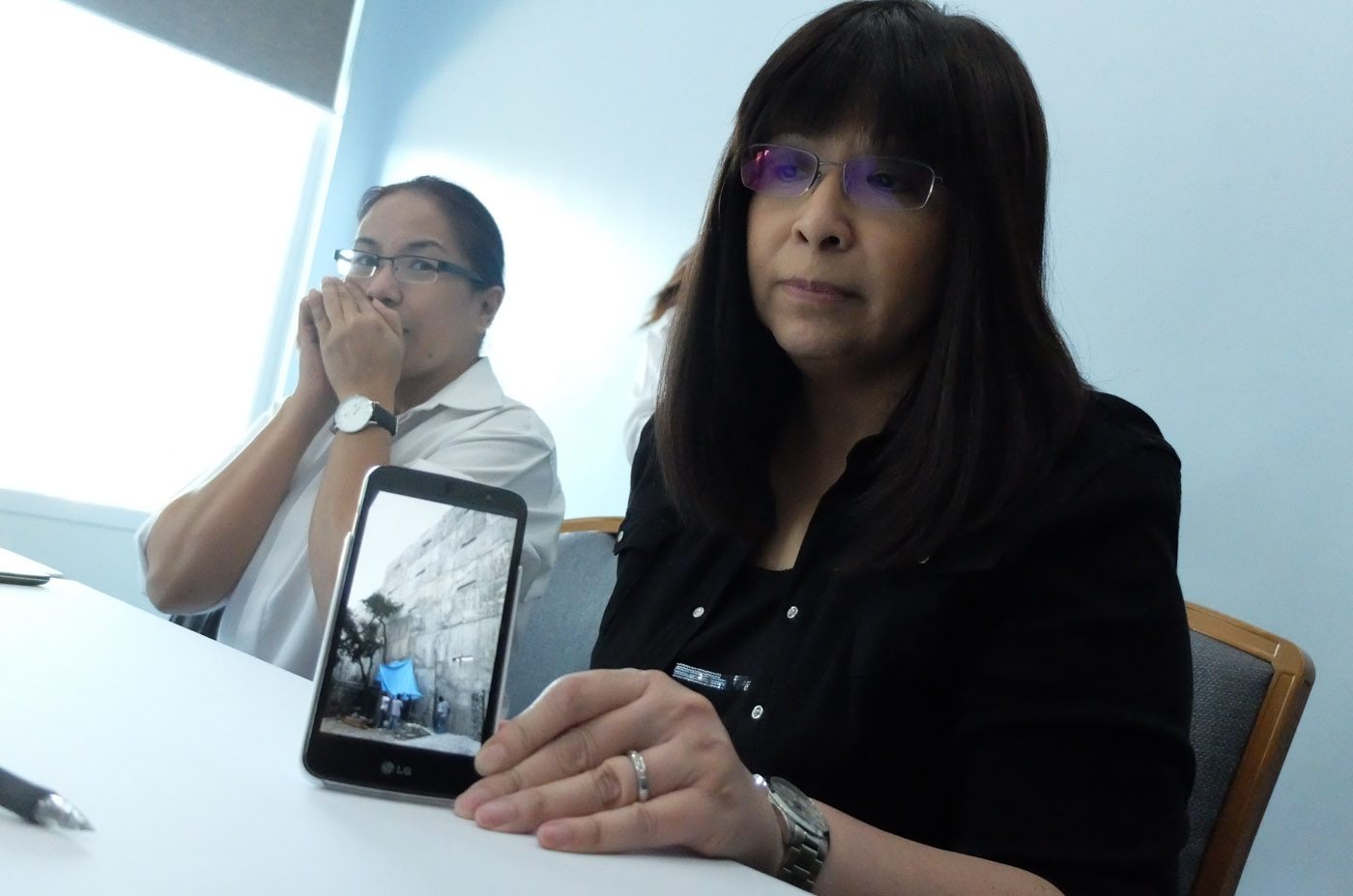 Facebook Twitter Copy URL
Copied
(UPDATED) On ownership of 36 Tandang Sora, Hemedez says the argument that they are no longer Iglesia members does not hold because of a precedent set by her father himself, Eraño Manalo

MANILA, Philippines (UPDATED) – Despite the demands from the Iglesia ni Cristo (INC) to vacate their residence at 36 Tandang Sora, Lottie Manalo-Hemedez said she is banking on the strength of documentary evidence and her being part of the Manalo clan to bolster her claim over the two-hectare Quezon City property.

In a press conference on Friday, January 15, Hemedez maintained that she and her brother Angel will not leave the Tandang Sora compound, even after the INC said that it may file an ejectment case against them if they fail to comply with their demands within 15 days.

The religious organization said the siblings no longer had the privilege to remain at the compound because they had been expelled from the church in July 2015.

But Hemedez asserted the INC does not have the right to eject them. Her claim over the property rests on two things: the land title under her name, and the fact that she is a family member of the church’s founder, Felix Manalo. (READ: Who owns 36 Tandang Sora? Manalo sister questions INC claims)

Her family has lived in the Quezon City residence since the 1970s, after moving from her childhood home in San Juan. Hemedez said the land title for the compound has been under her name since 1983.

Part of the family

The INC earlier sent two letters demanding that the siblings leave immediately, noting that their presence has been “tolerated” for so long because they were family members of the late executive minister Eraño Manalo.

But since their expulsion from the church, the INC said that the siblings no longer have the privilege of staying inside the compound.

Worse, the INC said the siblings have threatened the security of the compound by allowing unknown masked men to enter without informing the INC of their identities.

But Hemedez said the argument that they were no longer INC members does not hold because of a precedent set by her father himself.

“My father once looked for the relatives of my grandfather to care for them. They were not members of the Iglesia. So [they can’t say] that we no longer have a right to live there because we are now expelled…We do have a right, because we are heirs of ‘God’s Messenger’* and the residence is not an ordinary Iglesia housing project. And I have the title to 36 Tandang Sora,” she said in Filipino.

For its part, the INC earlier said the burden of proof lies on Hemedez. The church will also answer allegations of a falsified deed of sale “in the proper venue.”

But the church is questioning her claim, saying that the property has been theirs since the 1970s – giving them the right to put up fences as security measures and to demand that the “trespassers” leave immediately.

During court proceedings on a petition for injunction filed by the INC, the church presented 11 titles allegedly covering 36 Tandang Sora and portions of the central compound, according to Hemedez’ lawyer, Trixie Cruz-Angeles.

The INC also points to a deed of sale that transfers the Tandang Sora property to the church. But the Manalo camp said the document, which bore the signatures of the Hemedez couple, has been falsified.

They said that the document, dated April 2015, could not have been signed by Lottie’s husband because he died in April 2013.

A case for estafa was filed against the INC last January 4 because the title was transferred through criminal means, Angeles said.

For its part, the INC earlier said the burden of proof lies on Hemedez. The church will also answer allegations of a falsified deed of sale “in the proper venue.”

Despite the difficult living conditions, Hemedez said she would not move from the house. Angeles also said that leaving would be tantamount to giving up their assertions of ownership over the property.

Hemedez also appealed to her older brother, INC executive minister Eduardo Manalo, to talk to his siblings and end the long-running controversy rocking the church. – Rappler.com

*Editor’s Note: In a previous version of this story, we used “Chosen One” to translate “angkan ng sugo”. We are using the more accurate heirs of the “Messenger of God”.