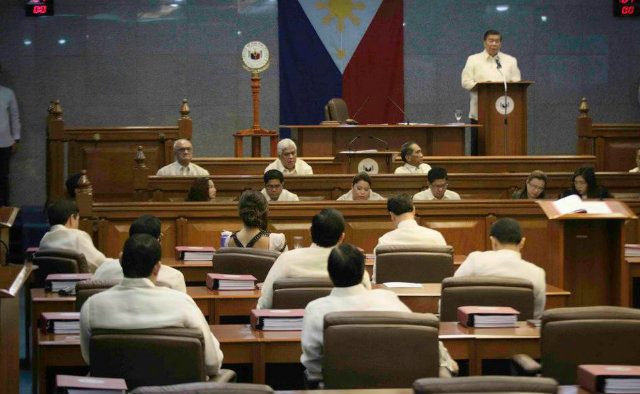 MANILA, Philippines – Senate President Franklin Drilon said on Sunday, January 17, that the Senate “will waste no time” in working on the passage of remaining priority bills as plenary sessions resume on Monday, January 18.

“Even with the elections drawing close, we have much work to do in the Senate,” he said in a statement. “We intend to make a good on our promise to the Filipino people on the start of the 16th Congress that we will help the poor, widen the delivery of education and other social services and improve the economy.”

These priority bills include the Bangsamoro Basic Law and the Public-Private Partnership Act.

The Senate and the House of Representatives failed to meet the deadline for the passage of the BBL. They earlier set the deadline to December 16 but were only able to finish the period of interpellations before Congress adjourned its last regular session in December. (READ: House misses Bangsamoro bill deadline)

Aside from promising to work on the priority bills, Drilon added that the upper chamber will not be let up with the tight schedule and is “making huge strides” as it is set to pass 34 measures before the 16th Congress ends in July 2016.

“The Senate will continue to be a working Senate,” he said. “We will maximize our remaining time to continue our mandate and work on relevant, important and much-needed laws for our people.”

Measures to be approved by the Senate include the Salary Standardization Law IV and the Customs and Tariff Modernization Act (CTMA), among others.

The Salary Standardization Law IV, Drilon said, seeks to attract professionals into the public sector with compensation that is “competitive with those doing comparable work in the private sector.”

The CTMA, meanwhile, will introduce full automation of procedures in the Bureau of Customs, and also aims to strengthen the agency’s risk management, revenue collection, and enforcement systems. – Rappler.com