62 richest own as much as world’s poorest half – report

Jan 18, 2016 9:44 AM PHT
Agence France-Presse
Facebook Twitter Copy URL
Copied
Oxfam: 'The gap between the richest and the rest has widened dramatically in the past 12 months' 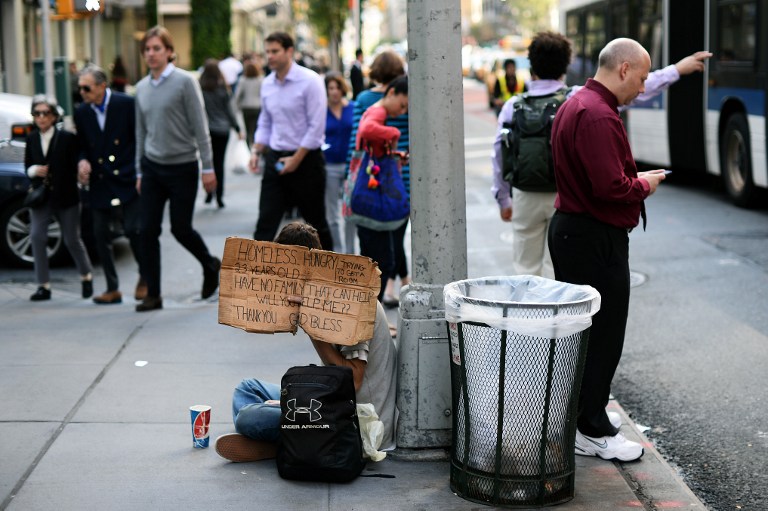 PARIS, France – The richest one percent of the world’s population now own more than the rest of us combined, aid group Oxfam said Monday, January 18, on the eve of the World Economic Forum (WEF) in Davos.

“Runaway inequality has created a world where 62 people own as much wealth as the poorest half of the world’s population – a figure that has fallen from 388 just 5 years ago,” the anti-poverty agency said in its reported published ahead of the annual gathering of the world’s financial and political elites in Davos.

The report, entitled “An Economy for the 1%”, states that women are disproportionately affected by the global inequality.

“One of the other key trends behind rising inequality set out in Oxfam International’s report is the falling share of national income going to workers in almost all developed and most developing countries… The majority of low paid workers around the world are women.”

Although world leaders have increasingly talked about the need to tackle inequality “the gap between the richest and the rest has widened dramatically in the past 12 months,” Oxfam said.

Oxfam’s prediction, made ahead of last year’s Davos meeting, that the richest one percent would soon own more than the rest of us, “actually came true in 2015,” it added.

While the number of people living in extreme poverty halved between 1990 and 2010, the average annual income of the poorest 10% has risen by less than $3-a-year in the past quarter of a century, a increase in individuals’ income of less than one cent a year, the report said.

More than 40 heads of state and government will attend the Davos forum which begins late Tuesday, January 19, and will end on January 23.

Those heading to the Swiss resort town for the high-level annual gathering also include 2,500 “leaders from business and society”, the WEF said in an earlier statement.

Describing the theme – the Fourth Industrial Revolution – WEF founder Klaus Shwab has said it “refers to the fusion of technologies across the physical, digital and biological worlds which is creating entirely new capabilities and dramatic impacts on political, social and economic systems.”

Oxfam International Executive Director Winnie Byanima, who will also attend Davos having co-chaired last year’s event, said: “It is simply unacceptable that the poorest half of the world’s population owns no more than a few dozen super-rich people who could fit onto one bus.”

World leaders’ concerns about the escalating inequality crisis have “so far not translated into concrete action –- the world has become a much more unequal place and the trend is accelerating,” she warned.

As a priority, Oxfam is calling for an end to the era of tax havens which has seen the increasing use of offshore centres to avoid paying taxes.

“This has denied governments valuable resources needed to tackle poverty and inequality,” the report said.

As much as 30% of all African financial wealth is estimated to be held offshore, it added, costing an estimated $14 billion in lost tax revenues every year.

Getting hold of the proper level of taxes will be “vital” if world leaders are to meet their goal, set last September, of eliminating extreme poverty by 2030.

Byanima challenged those attending the Davos meeting “to play their part in ending the era of tax havens, which is fuelling economic inequality and preventing hundreds of millions of people lifting themselves out of poverty”.

Of the 62 people said to hold as much wealth as the poorest 50%, Oxfam said that 53 are men and just 9 are female, highlighting that women are ill-represented even at the highest levels.

Oxfam said it had calculated the wealth of the richest 62 people using Forbes’ billionaires list. – Rappler.com