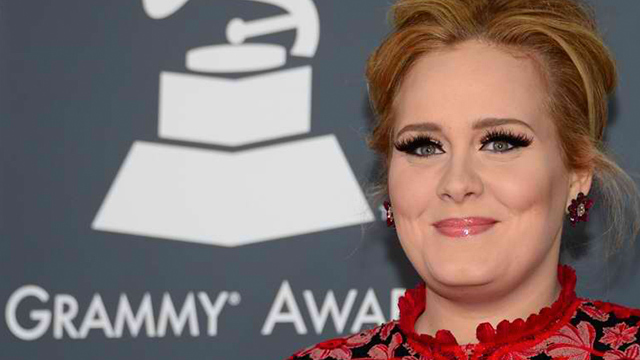 LOS ANGELES, USA – Adele’s blockbuster new album missed the deadline for this year’s Grammys – but she will still be at the ceremony to sing.

Organizers of the music industry’s biggest night announced Wednesday, January 20 that Adele would perform a track off her album 25 at the February 15 award ceremony in Los Angeles.

As is customary, the Grammys will also feature performances by leading nominees.

This year’s appearances will include rapper Kendrick Lamar, who received a near-record 11 Grammy nominations amid acclaim for his latest album To Pimp a Butterfly, and Canadian R&B singer The Weeknd, a contender for awards in seven categories.

The Grammys will also feature a tribute to veteran pop and R&B chart-topper Lionel Richie, who is being honored for his career’s work.

Adele, who has won 10 Grammys and last performed at the ceremony in 2012, in November released her long-awaited third album 25 which broke the record for first-week sales both in the United States and her native Britain. (READ: Adele’s ’25’ album sales smashes record)

The album came out too late to be eligible for the Grammys but will be an early favorite for next year’s edition.

Rapper LL Cool J, known for his calm poise at the microphone, will host the Grammys for the 5th straight year.

In a first, the Grammys will air live throughout the United States; West Coast viewers will no longer have to wait to see the broadcast only during East Coast primetime hours.

The delay had become increasingly antiquated in the age of social media, with viewers in the very city where the Grammys are taking place hearing about the winners online before they could watch on television. – Rappler.com