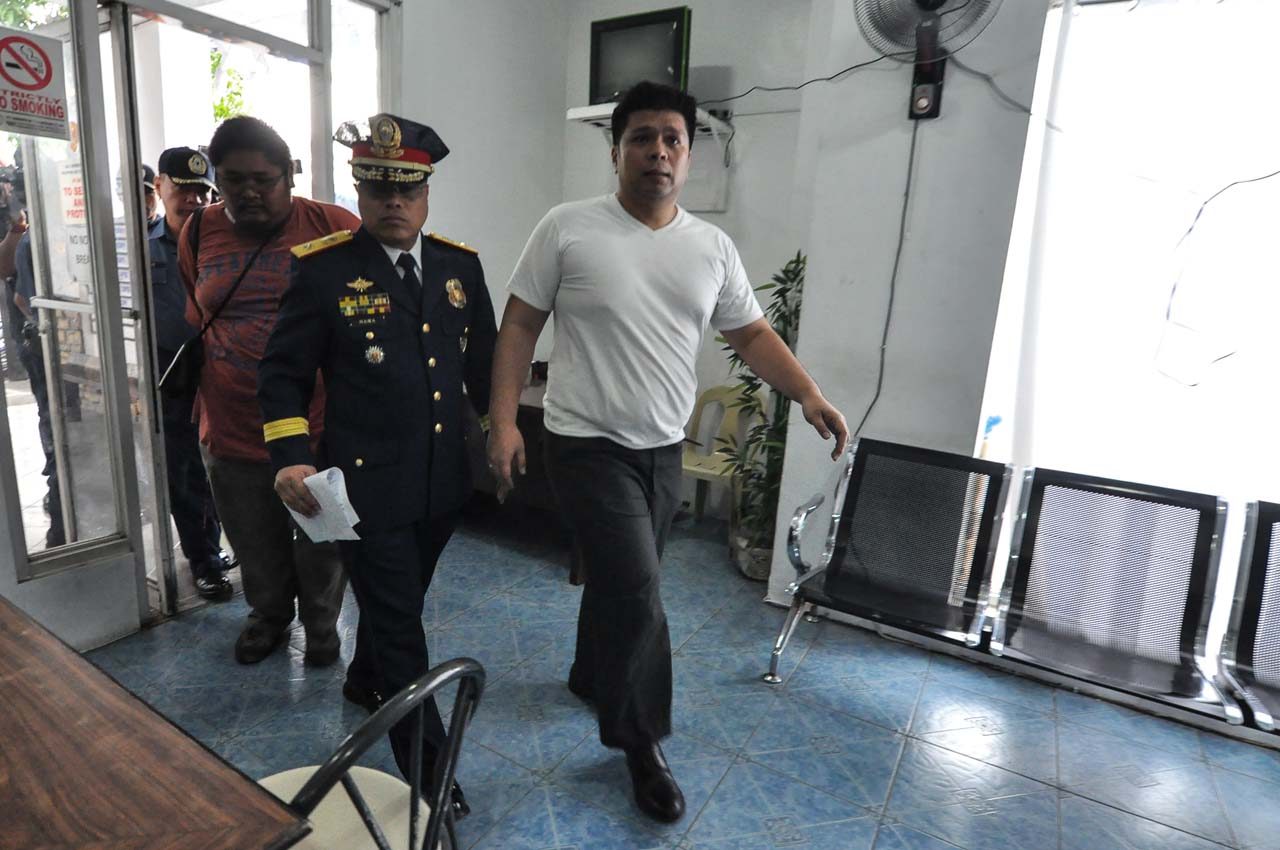 Facebook Twitter Copy URL
Copied
(UPDATED) Hours before his release, he receives a subpoena requiring him to attend a hearing on March 4 supposedly stemming from a 3rd libel case – in Cavite

The ex-minister paid a cash bond of P20,000 for his two libel cases, both filed in Mindanao.

During a press conference in Mandaluyong City later in the day, Menorca said that he and his lawyers from the Free Legal Assistance Group (FLAG) led by lawyer Mirabel Cristobal are ready to take on the libel complaints filed against him.

“I respect the law, the authorities, and the justice system. ‘Yung may kinalaman sa kidnapping sa akin, sa wife ko, at sa anak namin (Those involved in kidnapping me, my wife, and our child), we will pursue them legally and we will put the full weight of justice and the law against them,” he said.

In an earlier phone interview with Rappler, Menorca’s wife Jinky also said she was “very happy” that her husband was finally released. He was supposed to post bail on Thursday, but his camp failed to secure the needed documents for his release.

“We’re very relieved that he’s okay, he’s released. We’re thankful for all of those who helped us and monitored the issue to secure his speedy release,” Jinky said.

Menorca was arrested on Wednesday morning by plainclothes policemen as he was on his way to the Court of Appeals to testify on the petitions for writs of habeas corpus and amparo filed by his relatives.

A scuffle and a standoff ensued after Menorca initially resisted arrest because the officers reportedly refused to show their badges and merely “flashed” the arrest warrant against the expelled Iglesia minister. (READ: Jinky Menorca slams husband’s arrest as ‘overkill’)

Menorca said he did not receive any notice of a libel complaint against him, which was filed in Kapatagan, Lanao del Norte.

Menorca was served a second warrant of arrest for another libel complaint filed in Mindanao – this time from Marawi City.

The Menorcas earlier said the arrest warrant was the church’s attempt to block his testimony at the appellate court.

Hours before his release, Menorca was also given a subpoena requiring him to attend a hearing on March 4 supposedly stemming from another libel case in Cavite. Like the first two, Menorca has not yet received a notice regarding the 3rd libel complaint as of posting time.

Menorca was expelled from the INC last year after he accused top church officials of ordering his 3-month detention to force him to expose members critical of the 101-year-old church. (READ: INC minister Lowell Menorca: The story of my kidnapping)

But the INC denied any involvement in Menorca’s arrest, saying church members who were offended by Menorca’s “defamatory statements” filed the libel complaints.

INC spokesperson Zabala also said that the church’s legal team had been “fully prepared” and was waiting for Menorca to appear at the CA when he was arrested.

Menorca said on Friday that he was expecting Zabala to deny the INC leadership’s involvement in the libel complaints.

“You know, Brother Edwil Zabala is a very close friend of mine, including his family, so it really pains me to talk like this, especially if it’s going against what he said. But unfortunately, he is the spokesperson of the Iglesia ni Cristo, and it is his job to say that. And it is his job to say there are unaware and that they have nothing to do with that. That’s what you call complete deniability,” said Menorca.

“That’s why it is up to the public to weigh things, ‘di ba?” he added. – with reports from Mara Cepeda/Rappler.com