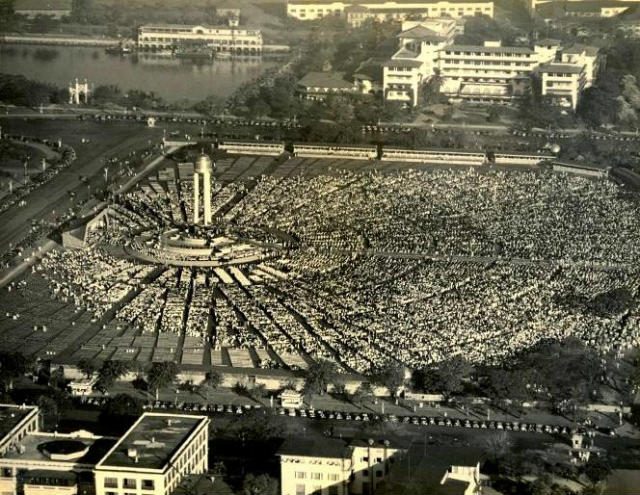 Vidal, 84, witnessed the first time the Philippines hosted the IEC. That was the 33rd IEC held in Manila, Philippines, in 1937 – the first IEC in Asia.

Then 6 years old, Vidal received his First Holy Communion when the IEC first happened in the Philippines.

Nearly 8 decades later, Vidal is set to preside over a Mass where around 5,000 children will receive their First Communion during the 51st IEC in Cebu City, according to SunStar.

“It is the participation and the reception of the communion that is precisely the center of the congress,” Vidal explained in an episode of the show Power to Unite.

Vidal recalled how special his First Communion was. Catholics believe they receive the real body and blood of Christ in Holy Communion during the Mass.

For one, in 1937, he became curious when his elders told him to dress up in a white, long-sleeved shirt and to wear white shoes as well.

“Hindi naman ako ikakasal a,” the 6-year-old boy from Mogpog, Marinduque, said. (But I’m not getting married.)

Vidal was also surprised when he saw the Pope’s representative, the papal legate, passing by in a red long cape rarely used in modern ceremonies.

(I told myself, wow, this is a different priest, wearing red. And not just that. He’s like a queen, because the cappa magna was 24 feet. I didn’t understand that.)

‘We are not alone’

Vidal said he looks forward to the 51st IEC because it will train the spotlight again on the Eucharist, or the Mass, as well as the priesthood.

More than this, he said the IEC will show that the Catholic Church is not only local but also international.

The IEC gathers the biggest names in the Catholic Church, including Manila Archbishop Luis Antonio Cardinal Tagle, as they discuss the Mass as well as its “social dimension.” (READ: Cardinal Tagle: Gift of self can overcome hatred)

In previous IECs, for instance, Tagle slammed modern evils such as  denying workers the right wages “for the god of profit.” (READ: IEC: The event that helped make Tagle a ‘papabile’)

The first IEC was held in Lille, France, in 1881, and has been one of the biggest events of the Catholic Church since then. – Rappler.com