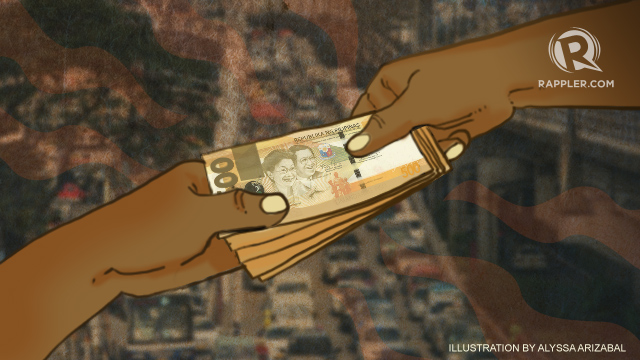 With a score of 35 out of a possible 100, the Philippines is now ranked 95th among 168 countries included in the CPI.

The country’s score in the CPI, which is “based on expert opinions of public sector corruption,” is down by 3 points compared to the 2014 score of 38, the year when the country was ranked 85th out of 175 countries surveyed.

The score “indicates the perceived level of of public sector corruption on a scale of 0 (highly corrupt) to 100 (very clean),” TI said.

TI said the 2015 index showed “no significant improvement” across the Asia Pacific region.

The report said: “This year’s poor results demand that leaders revisit the genuineness of their efforts and propel the region beyond stagnation. They must fulfill promises, and ensure efforts aren’t undermined in practice.”

“From campaign pledges to media coverage to civil society forums, corruption dominates discussion. Yet despite all this talk, there’s little sign of action,” the CPI report said.

Nordic countries – Denmark, Finland, and Sweden– topped the chart with their clean public sectors as in previous years, while strife-torn or repressive states – Afghanistan, North Korea and Somalia – brought up the rear.

Like the previous year, two-thirds of countries surveyed had scores below 50.

“But 2015 was also a year when people again took to the streets to protest corruption,” Ugaz said. “People across the globe sent a strong signal to those in power: it is time to tackle grand corruption.”

“Corruption can be beaten if we work together. To stamp out the abuse of power, bribery and shed light on secret deals, citizens must together tell their governments they have had enough,” he added. – With reports from Agence France-Presse / Rappler.com