Carlos Teraoka: Why Emperor Akihito met with this Japino from Baguio Facebook Twitter Copy URL
Copied
His life story represents that of many other Japanese Filipinos who suffered hardships and discrimination as a consequence of World War II, but survived

MANILA, Philippines – Among Japinos – Filipinos of Japanese ancestry – whom Emperor Akihito and Empress Michiko met at the Hotel Sofitel on Thursday, January 28, Carlos Teraoka held the distinction of having met the imperial couple twice.

When the couple visited the Philippines for the first time in 1962 – they were crown prince and princess at the time – they went to Baguio City to meet with Teraoka.

Why? The Japino’s life story represents that of many other Japanese Filipinos who suffered hardships and discrimination as a consequence of World War II, but survived and assimilated in local communities.

These are the lives that Emperor Akihito has said he is thankful for having forgiven Japan but whose struggles should not be forgotten. 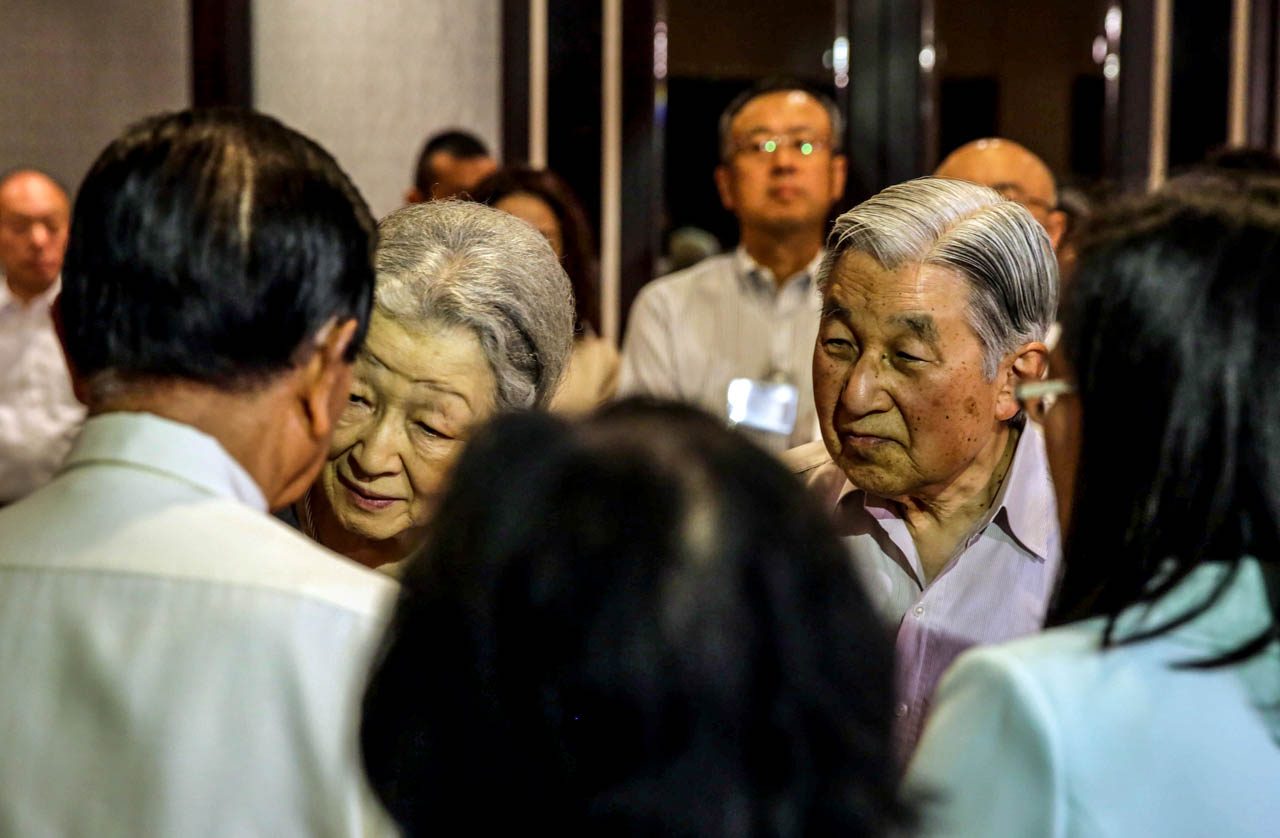 For many Baguio residents, the imperial couple’s meeting with Teraoka, a beloved son of the city, is more than enough a gesture of peace from Japan. Teraoka’s life is a triumph over the bitterness and injustice of war.

Carlos Teraoka is one of the 6 children of Muneo Teraoka, a Japanese who later took on the name Charles M. Teraoka, and Antonina Bautista.

An engineer in Japan, Charles migrated to Baguio in 1920. He was the one who built the Saint Louis High School and the nearby Notre Dame Hospital, among others. These two structures are still around and has survived World War II and the 1990 earthquake.

Charles also built the Quirino Bridge or the Banaoang Bridge, that 4-span bridge which was only destroyed by Typhoon Feria in 2000.

When he died in 1941, thousands of Baguio residents attended his burial.

World War II, however, dramatically turned around the lives of the family that Charles left behind.

His older son Victor was killed by Japanese soldiers on suspicion that he was a spy. His other son Sixto was later killed by Filipino guerrillas. His wife and two other children were also killed during the bombing of Baguio at the end of the war.

Carlos became a prisoner of war at the age of 13. Soon, being children, he and his sister were brought to Japan, a country they had never been to, and forced to live with their grandfather. When their grandfather died, they stayed with their paternal uncle.

The two returned to Baguio in 1954. At the time, Carlos was 21 and his sister was 18. They picked up their lives in the city that used to love them. Carlos tried to conceal his real name and worked odd jobs until he found a job in a lumber company. His knowledge in auto mechanics and electricity, which he learned from his uncle, helped him in becoming the mechanic of the lumber trucks. Carlos Teraoka later became the head of a lumber company in the Cordillera. He later established mahogany and mango plantations.

He also married a Filipina and raised his family. During his term, he helped the children and grandchildren of his fellow Japanese Filipinos, giving them high school and college scholarships.

He also helped establish “Abong (Home), which served as the dwelling place of visiting Japanese in Baguio. He also led many philanthropic missions in the Cordillera. – Rappler.com