‘No stand down order from Aquino’ during Mamasapano clash 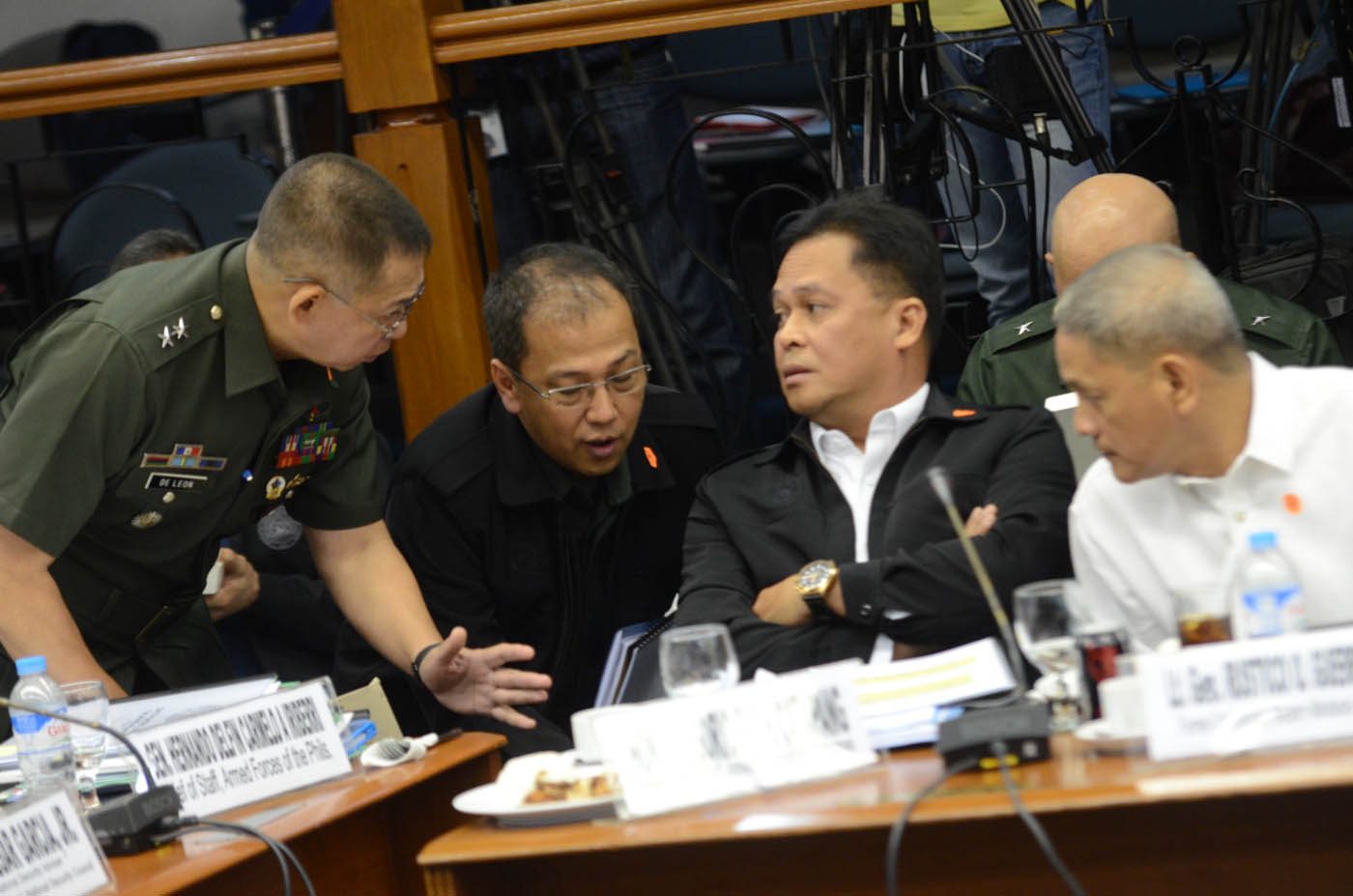 MANILA, Philippines – What stand down order?

Former and current security officials on Monday, January 27, insisted there was no “stand down order” from President Benigno Aquino III on January 25, 2015, during an ill-fated police operation in Mamasapano town, Maguindanao.

At the reopening of the Senate probe into the controversial “Oplan Exodus,” Senator Juan Edgardo Angara Jr asked security officials – Cabinet members, and police and military generals – whether they received a stand-down order from the President as elite cops were pinned down by Muslim rebels and other armed groups in Mamasapano.

“I did not order a stand down, neither did I receive an order from the President to stand down,” said former Armed Forces of the Philippines (AFP) chief retired General Gregorio Catapang Jr.

All of the officials who were with Aquino that day told the Senate panel that they never heard of nor received a “stand down” order.

Senater Minority leader Juan Ponce Enrile, who prompted the reopening of the probe with the promise of presenting “new evidence,” had alleged that Aquino deliberately chose not to save the pinned down Special Action Force troopers, 44 of whom died in the clash.

“Aquino did not do any effective action as President of the Republic of the Philippines to prevent the barbaric slaying and slaughter of the PNP SAF troopers whom he knowingly and deliberately sent on a dangerous mission,” Enrile had asserted at the start of the Wednesday hearing. (READ: Aquino ‘hid behind’ Purisima to escape blame – Enrile)

Police Director Benjamin Magalong, who headed the PNP’s Board of Inquiry that probed the clash, said there was “no material evidence to prove stand down order issued.”

Aquino himself denied the allegation to SAF troopers during a no-holds barred dialogue two days after the bloody incident. (READ: SAF asks Aquino: Did you order AFP to stand down?)

The military has also insisted this was not the case, pointing out time and time again that they did not have enough information from morning to late afternoon of January 25 to send artillery support.

The AFP reiterated this stand during the hearing, explaining in detail why artillery could not be sent. The AFP also pinned the blame on Napeñas, who they said “failed to exercise combat leadership [and] blamed everyone but himself.” (READ: Napeñas ‘detached from reality’ in Oplan Exodus)  – Rappler.com