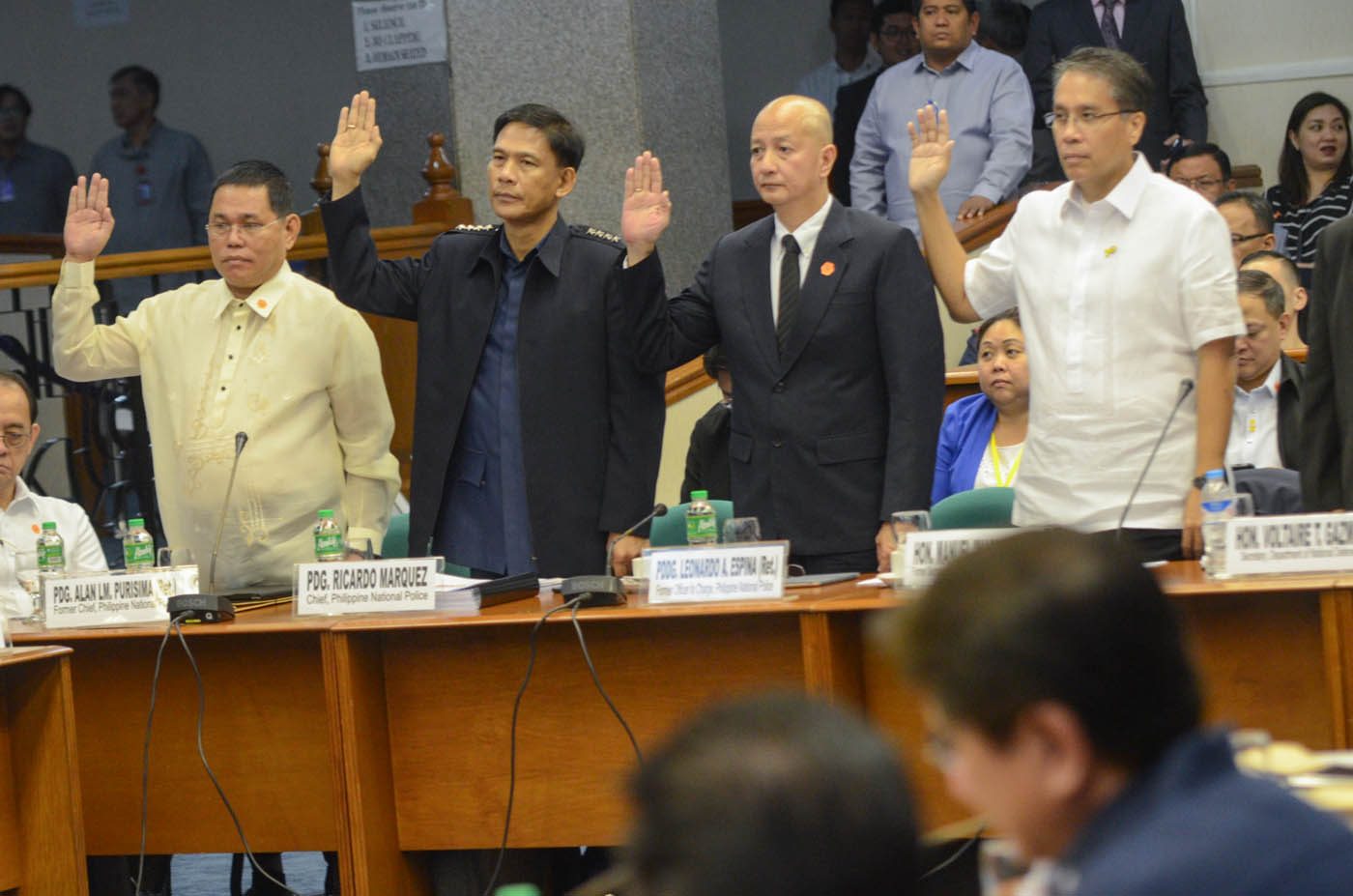 MANILA, Philippines – Senator Ferdinand “Bongbong” Marcos Jr said on Thursday, January 28, he believes there was a stand down order that came from President Benigno Aquino III during the Mamasapano clash, despite denials by security officials.

During the reopening of the Senate investigation into Oplan Exodus on Wednesday, former and current security officials insisted there was no “stand down order” from the during the ill-fated police operation in the Maguindanao town on January 25, 2015.

But Marcos, chair of the Senate committee on local governments and a vice presidential candidate, said it was clear that the Special Action Forces (SAF) troopers were ordered to cease fire, thus making them vulnerable to Muslim rebels and armed groups in the area.

(Why did it happen? Why were the police and the military ordered to back off? Because of the peace process? I believe there was really a [stand down] order.)

(They were told, it was clear, there was an order. The order was: ‘Do not move. We will go to you.’ That’s why there was a ceasefire.)

Should it be proven that a stand-down was ordered, the ones responsible should be criminally liable because that makes the incident a “cold-blooded murder,” Marcos said.

Marcos slammed the President for being the center of the failed police operation.

“We have text exchanges going from 4:30 am of Sunday all the way to 7 am with the President involved. How can he say he does not know?” he said.

“If he does not know, he is not monitoring properly the operation he put in place.”

He also disputed criticisms that the Senate wasted its time on Wednesday’s reopening of the investigation into the Mamasapano incident. He said the hearing proved that the President was responsible for the multiple deaths. (READ: Senate: Nothing new in Mamasapano probe)

Malacañang denied the senator’s conclusion, saying the President knew only the part of the plan that then-SAF commander Director Getulio Napeñas presented to him.

“Director Napeñas only presented the concept of operations to the Presdient. That’s his only knowledge of their plans,” Communications Secretary Herminio Coloma Jr said in a news conference Thursday.

He also defended the President from Marcos’ allegations that Aquino intervened in the operations.

(What is clear here is that, first, Napeñas was ordered to coordinate. That is not intervening. That is a very important guidance coming from the President of the Philippines.)

Senate Minority Leader Juan Ponce Enrile cited “new evidence” to be presented in the probe. But after 7 hours of committee hearing, public oder committee chairperson Senator Grace Poe said there was “nothing new,” and that they would not amend the draft committee report they released earlier. – Rappler.com