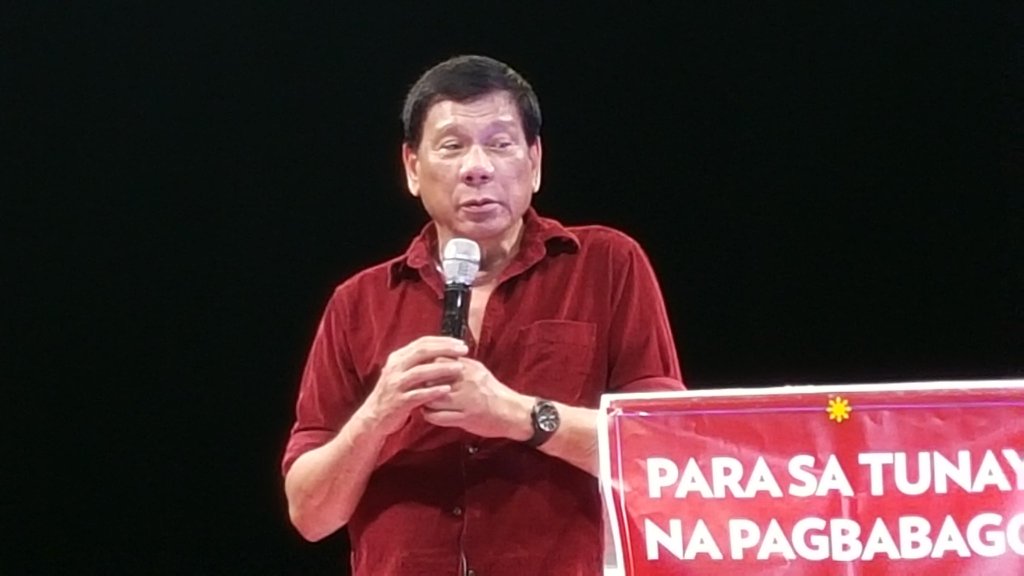 Poe’s numbers remained flat at 24%. Duterte also got 24% but this was a significant 4-percentage points increase from his 20% in a January 2016 survey, based on the Business World- Social Weather Stations (BW-SWS) survey on February 5-7 conducted among 1,200 validated voters.

The survey shows that Binay (29%), who remained number one, is now just 5 points ahead of Duterte and Poe although the survey’s 3-percentage-points error margin puts the 3 candidates in a possible tie. (READ: Grace Poe’s campaign: Mixed messaging, disqualification woes)

The error margin puts Binay’s numbers from 26% to 32%, which overlaps with Poe and Duterte’s numbers between 21% to 27%. (READ: Can Duterte win just by being himself?) The new survey is a deviation from Binay’s performance in the last two SWS surveys, conducted in December 2015 and January 2016, where he appeared to have recovered from a downward spiral between November 2014 to November 2015.  He enjoyed a high of 37% in November 2014 and suffered a low of 21% in November 2015. (READ: The return of the ‘juggernaut’? What Binay needs to do to win)

Administration candidate Manuel “Mar” Roxas II dropped to 4th place, getting the approval of 18% of the respondents from 21% in January. The 3-percentage-points decline is significant considering the survey’s error margin. (READ: What’s not working for Mar Roxas?)

For the vice presidential race, Senator Francis Escudero lost the top spot. (READ: Escudero slips, Bongbong now tied with him for No. 1).

The survey was conducted while the Supreme Court continued to hear oral arguments on the disqualification case filed against Poe and after Duterte campaigned hard in Metro Manila and Luzon provinces.

The question asked respondents was the same in December last year and in January, according to BW-SWS: “Kung ang eleksyon ay gaganapin ngayon, sino po ang malamang ninyong iboboto bilang presidente, bise-presidente, at mga senador, ng Pilipinas? Narito ang listahan ng mga kandidato.” (If the election were held now, who will you likely vote as president, vice-president, and senators of the Philippines? Here is the list of the candidates.)

The results were first published in BusinessWorld early Monday, February 15.

Reacting also to the survey, Poe said that “we will use the data provided as guide for our next moves.” She added: “Our resolve is to continue to focus on our message of inclusive governance.” – with reports from Carmela Fonbuena/Rappler.com