Feb 17, 2016 4:13 PM PHT
Agence France-Presse
Facebook Twitter Copy URL
Copied
Elvis Ordaniza, 49, of radio dxWO, is the first journalist killed this year in the Philippines, according to the National Union of Journalists of the Philippines 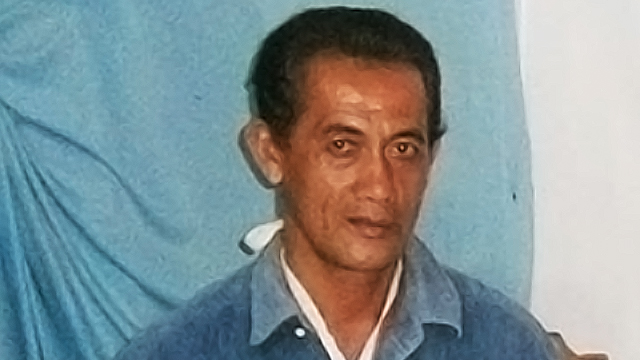 Elvis Ordaniza, 49, of the DXWO radio station, became the first journalist killed this year in the country, according to the National Union of Journalists of the Philippines (NUJP).

He became the 31st journalist or media worker to have been killed in the Philippines since President Benigno Aquino III came to power in mid-2010, according to a union tally.

“He is a former communist guerrilla who surrendered and went to work in the media industry,” the union’s deputy secretary-general Fred Villareal told Agence France-Presse.

“He had been reporting about illegal drugs, although we do not know if either was a motive,” he added.

Mindanao  is a hotbed of Islamic militancy, which has claimed over 100,000 lives there since the 1970s.

Known for its outspoken press, the Philippines is among the world’s most dangerous places for reporters, where powerful figures reckon on being able to kill critics with impunity.

Media watchdogs have deemed the Philippines as one of the most dangerous countries for media workers in the world. (READ: PH: 4th worst country in unsolved media murders)

Just 10 suspects have been convicted of attacks on journalists across the country over the 3 decades since the country embraced democracy in 1986, during which time more than 170 media workers have been killed, Villareal said.

While many of the victims had angered powerful figures, police say some of the killings were motivated by quarrels over personal or business matters.

One of the world’s deadliest attacks against journalists took place in the Philippines in 2009, when 32 journalists were among 58 people killed by a warlord clan intent on stopping a rival’s election challenge.

More than 100 people are on trial for the massacre. – Rappler.com