Jan 31, 2012 10:28 PM PHT
Facebook Twitter Copy URL
Copied
Timeline of Day 9 of the #CoronaTrial based on @I_amHolo's transcription of the proceeding

Here are the highlights of Day 9 of the impeachment trial of Chief Justice Renato Corona based on my transcription of the proceeding.

1:59 pm: Session starts. Roll call: 17 senator-judges present. Senator-judge Miriam Defensor-Santiago is still absent because her blood pressure shot up to 180/100 while tweeting more than 140 characters per second against her critics.  (In a post via Twitlonger, the distinguished baby from Iloilo says: “This is to cordially announce that I shall no longer answer any media question asking me to respond to personal attacks by submental cretins, lower life forms, imbeciles and dimwits.”)

2:05 pm: Prosecution asks impeachment court if defense has complied with the submission of lists of witnesses, evidence; Defense says no need. They expect the next witness to defect to defense.

2:19 pm: Session suspended. Enrile listens to playlist on his Walkman

Hernandez testifies Coronas bought property in September 2008. He explains why the selling price was reduced. He says the unit was delivered as “semi-bare,” after sustaining some water leakage due to typhoons, floods, earthquakes, the Lehman brothers, tsunamis and GMA.

JPE to Perez: “Boy Wonder, you are twisting the answer of the witness! It’s reduction, not discount. Reduction is for condos. Discount is for candies.”

2:43 pm: Senator-judge Pia Cayetano manifests, says they have been discussing the ‘discount’ for more than 30 minutes and asks its relevance to Article 2.

Boy Wonder apologizes. I profusely apologize, Madam Senator. I couldn’t tell if you’re already bored. You only have one facial expression.

Bongbong: Excuse me, your Honor, I am Sen. Bongbong Marcos.

Enrile: IKR? Your father was not ignorant of the law. He was the law.

First off is Senator-judge Jinggoy Estrada, asks about the damage in the unit, and if discounts are given to VIPs. “I’m interested. Actually, Erap is. We want to sell our defective mansion in  Wack-Wack and our log cabins in Baguio.

Hernandez, “Actually, at the time of water damage, I was told there were interested clients including Sharon and Vilma. But in the end, we gave it to Mrs Corona,” Hernandez tells court.

4:50 pm: Senator-judge Ramon “Bong” Revilla Jr asks questions to Hernandez. Who are the Lehman Brothers? You’ve been blaming them. I begin to suspect they were also the  ones who killed Ramgen.

4:55 pm: Senator-judge Joker Arroyo manifests, asks prosecution about the impeachment of another justice. “We are disturbed… do you expect the Senate to also attend to that?”

Tupas answers, no, they don’t intend to, and says report is inaccurate. We are going to impeach 100 more witnesses. 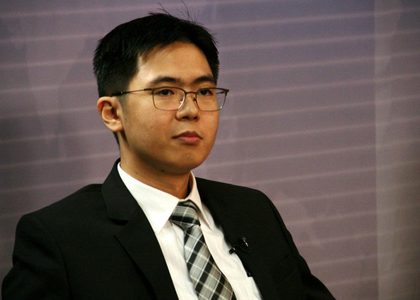