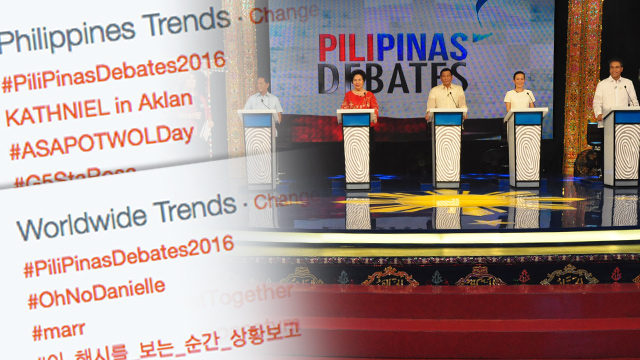 MANILA, Philippines – #PiliPinasDebates2016, the official hashtag for this year’s first presidential debate, was the top trending topic on Twitter locally and worldwide at the time of the event.

The debate, mounted by the Commission on Elections (Comelec) and its media partners, was held in Cagayan de Oro City on Sunday, February 21. The event proper began at 5 pm and by around 6 pm, the hashtag had zipped to the top of Twitter’s trending topic boxes: 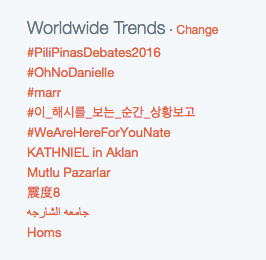 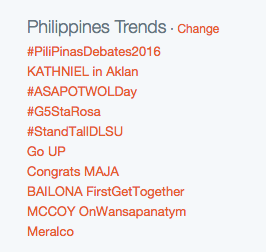 As seen on Twitter Reverb, Twitter’s own visualization tool, the hashtag made significant impact during and right after the debate, from 5 pm to 8 pm.

Also according to Twitter, the topic “Poverty, Development, and Agriculture” registered the most interest on the platform with 51% of tweets. This was followed by “Peace and Order” (22%), “Track Record” (16%), “Mindanao Issues” (8%), and “Corruption” (2%).

The second most influential Twitter accounts using the hashtag were the official accounts of other news networks and of the candidates themselves.

Below is an overview of the Reach maps taken during the debate. The dots are Twitter accounts – the larger the dot, the greater the influence. Clumps of dots represent online communities. Lines represent the interactions between accounts. Influence is measured by Twitter impressions, or the number of times users are served your tweet in the timeline, search results, or from your profile. 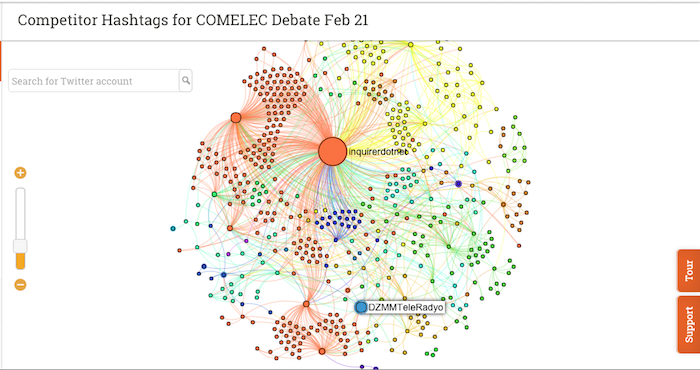 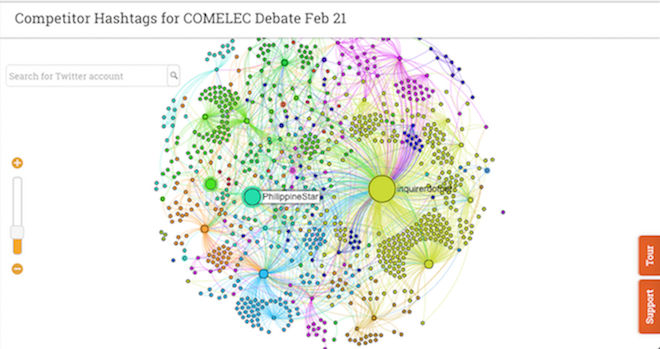 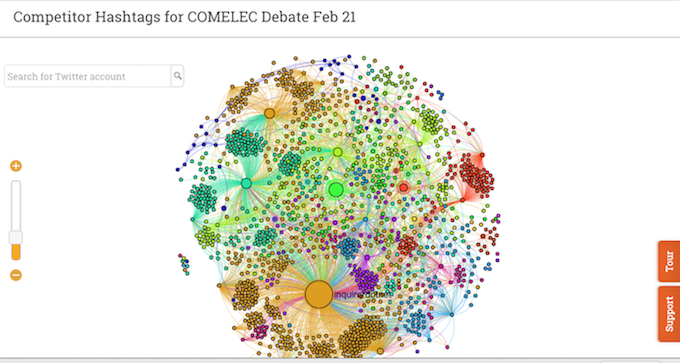 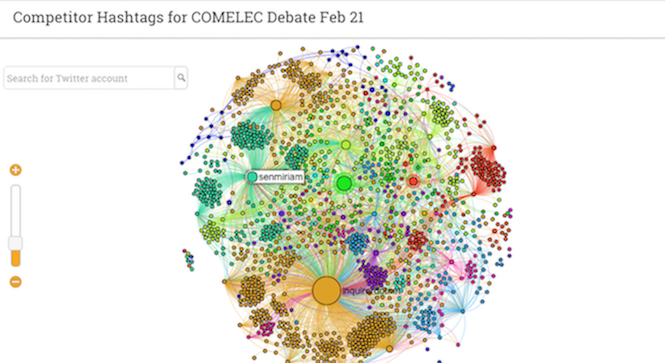 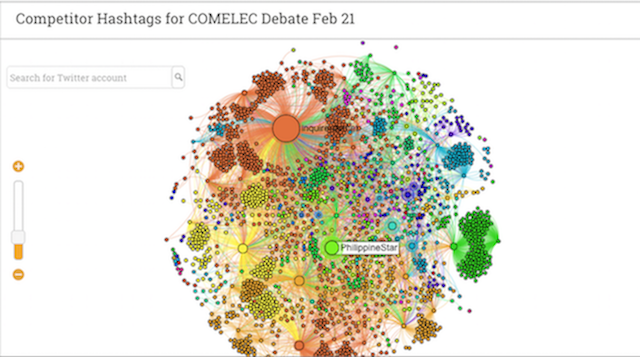 Did you use the hashtag #PiliPinasDebates2016? What did you tweet about during the debate? Share your thoughts in the comments section or write a piece on X! – Rappler.com