Feb 25, 2016 5:09 PM PHT
Facebook Twitter Copy URL
Copied
Remembering the past and upholding hard-fought freedom are the underlying themes in the commemoration of the 30th anniversary of the EDSA Revolution 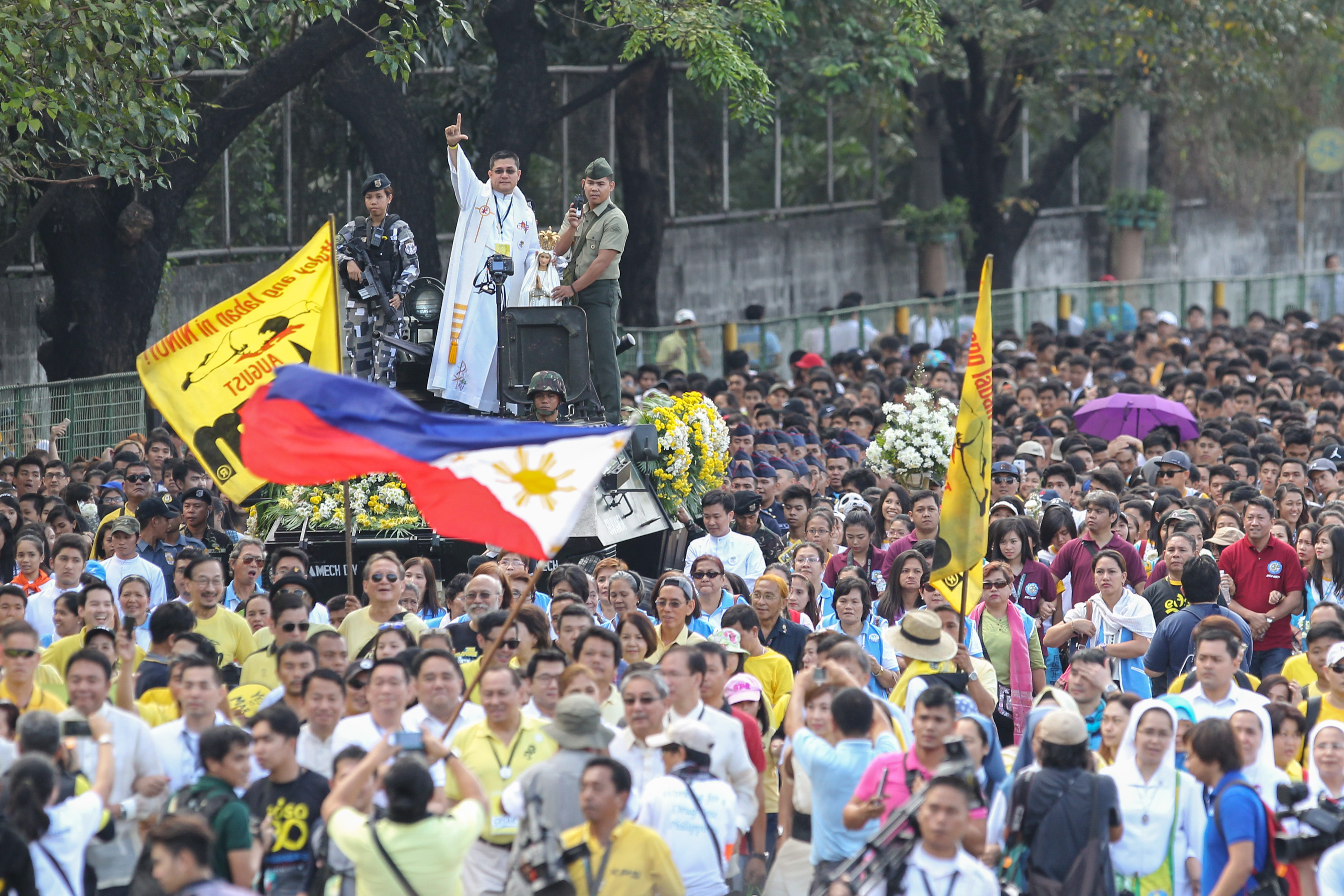 MANILA, Philippines – For several hours, the traffic-clogged EDSA transformed back into the iconic 1986 highway where millions of Filipinos won back their freedom and overthrew a dictator.

A shower of yellow confetti, the iconic Laban sign, and the traditional Salubungan reenactment in front of the People Power Monument – this was how the Philippines marked the 30th anniversary of the EDSA revolution that ended the regime of the late dictator Ferdinand Marcos.

Some of those who came to EDSA brought flowers and an image of the Virgin Mary, the same symbols that were once used in the peaceful revolution 30 years ago.

But those who lived through the horrors of the martial law years fear that younger generations have forgotten what the EDSA revolution stood for and how it figures in Philippine history.

That fear of forgetting – and the plea to remember the past – is evident in this year’s commemoration activities. In the lead up to February 25, personalities involved in the bloodless uprising warned about the dangers of revising history. (READ: #NeverAgain: Martial Law stories young people need to hear)

Some also pointed to the comeback of the Marcoses in Philippine politics as a sign that Filipinos have forgotten the human rights violations that occurred under the authoritarian regime.

Worse, some say, young Filipinos do not even acknowledge that those atrocities actually happened.

Remembering the past and upholding hard-fought freedom were the underlying themes in the 30th commemoration program, with government leaders urging the youth to revisit history and remember the dark years of martial law.

In his opening remarks, Executive Secretary Paquito Ochoa Jr highlighted, in particular, the experiential museum set up in Camp Aguinaldo, which aims to attract the younger generation by using theater and visual arts to narrate recent history.

“The museum aims to inspire the youth to appreciate the freedom many of us take for granted,” he said.

It’s the same sentiment echoed by youth leaders who presented short speeches at the commemoration rites.

Khenn Arquiza, who hails from Zamboanga, said that millennials like him know only about the horrors of martial law through stories passed on from their parents.

But as their parents once fought for freedom, Arquiza said it is his generation’s responsibility to fight to keep it.

Maria Angela Magay Villa from Palawan also acknowledged how the youth have benefited from the restoration of democracy in the aftermath of EDSA.

(I have a right to speak and express myself without fear for my life, without fear of my house being raided. I wasn’t born when you banded together, crossed arms, and bravely faced the tanks.)

Villa added that the youth’s challenge now is to build on the lessons from EDSA.

(What is the EDSA of the youth today? It has two parts: the restoration of the dignity of the nation, and wholehearted service to our fellowmen without expecting anything in return.)

The experiential museum in Camp Aguinaldo is one attempt to remind the youth of their past.

The museum, which uses elements of theater and visual arts, features different halls that showcase various phases of the martial law years and the atrocities that occurred during that period. (IN PHOTOS: Inside the powerful EDSA 30 experiential museum)

Before entering the museum, visitors are warned about disturbing images featured in the halls. 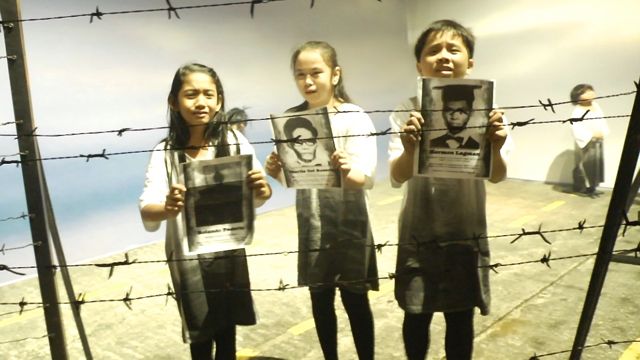 Leonelyn dela Cruz, a teacher at Kapitolyo High School, said some of her students were shocked to see photos and videos of those who died or disappeared during the martial law years.

But Dela Cruz believes that the shock factor may be needed to drive the point home.

“The photos showed the salvage victims, those who disappeared, the innocent ones who were just suspected of wrongdoing,” she said.

“But the shock factor may be needed so that they can really relate to what happened during that time,” Dela Cruz added.

For Dela Cruz and some of her students, it was the Hall of Forgotten Martyrs that made an impression. In that hall, 4 actors portrayed activists who narrated how they stood up to the Marcos regime, and how they were brutally killed for their defiance.

“I got goosebumps hearing those 4 speak,” Dela Cruz said. “They represented the thousands who died and were killed…What happened then was truly unspeakable.”

Grade 9 students Ellen Fernando and Angelica Leyson said they could not imagine how such acts of cruelty and brutality had been part of Philippine history.

“We’re lucky that we did not have to live in such a situation,” Leyson said.

Fernando, meanwhile, saw another side to the Filipino experience during the martial law years.

“We saw the difficulties we’ve been through. But we also saw that we love our country.” – Rappler.com