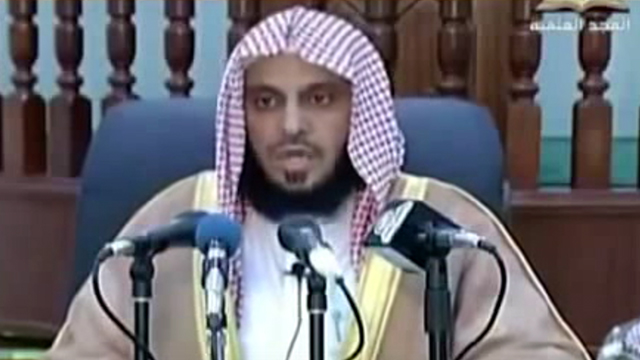 MANILA, Philippines (3rd UPDATE) – Philippine authorities are investigating the assassination attempt against an influential Saudi preacher who was on a hit list of the Islamic State in Iraq & Syria (also known as ISIS, IS, ISIL, or Da’esch).

Preacher Sheikh Aaidh al-Qarni and a Saudi diplomat, Sheikh Turki Assaegh, were both wounded in a shooting as they left the Western Mindanao State University (WMSU) auditorium in the southern port city of Zamboanga on Tuesday, March 1, where the cleric had given an address.

Their Filipino police escorts killed the lone assailant, while two other suspects who were seen with the gunman were arrested as they tried to escape, police said on Wednesday, March 2.

“The suspect popped up from the crowd, moved in close and shot the victim” as he was boarding his car, said city police spokeswoman Chief Inspector Helen Galvez, adding that the gunman then walked to the other side of the vehicle and shot the Saudi diplomat.

A student driver’s license and a local government ID were recovered from the man, which identified him as a 21-year-old Filipino, but police said they were not ruling out forgery.

A uniform for engineering students at the WMSU, where Qarni was speaking, was found hidden in the assailant’s backpack, but university officials could not immediately confirm if he was enrolled in the institution.

ISIS militants, who control vast swathes of Iraq and Syria, had called on “lone wolves” to attack Qarni and several other Saudi clerics whom they accused of apostasy in the latest issue of Dabiq, their monthly online magazine.

In a statement, the Department of Foreign Affairs (DFA) in Manila said it “regrets the occurrence of the shooting incident,” adding, “We pray for the speedy recovery of Dr. Al-Quarni and Sheikh Assaegh.”

The DFA also said it continues to “monitor the situation closely” and trusts that local authorities in Zamboanga City will “conduct a thorough investigation into this attack.”

“The Philippine Government condemns all forms of violence, especially as they occur in schools, which are considered zones of peace,” the DFA said.

The Philippine government should investigate whether ISIS had influenced the shooting, international security analyst Stephen Cutler told reporters in Manila.

“Its possible it is Da’esch-related because he was on this hit list but I don’t know yet,” the American said, using an Arabic abbreviation for the IS group.

Tuesday’s shooting also came as the army quelled a rampage by an obscure armed group that pledged allegiance to the Islamic State in Butig, a poor farming town some 200 kilometers (120 miles) northeast of Zamboanga. (READ: PH troops regain control of town attacked by terrorists)

At least 12 militants and 5 soldiers were killed while more than 30,000 people were displaced over several days of fighting, which ended as the army seized the gunmen’s main camp over the weekend.

However, Filipino authorities have not linked sympathisers of ISIS jihadists to Tuesday’s attack, which happened two weeks after ISIS recognized Philippine-based extremist groups.

Qarni has been flown to Manila for treatment, according to a Saudi government statement.

Saudi media outlets described Qarni as a senior Islamic scholar and he has more than 12 million followers on Twitter. In his book, Awakening Islam, the French academic Stephane Lacroix included Qarni in his list of “the most famous” Saudi preachers.

Last week, the Saudi embassy in Manila asked local police for increased security for its premises, as well as for the Saudi national airline due to an unspecified threat, Philippine foreign affairs spokesman Charles Jose said.

Zamboanga, 800 kilometers south of Manila, is one of the largest cities in the southern Philippines, an area troubled by a decades-long separatist rebellion by the mainly Catholic nation’s Muslim minority that has claimed more than 100,000 lives.

The port city has a mixed Christian and Muslim population, and has been a frequent target of attacks by local Muslim militant groups. – Rappler.com