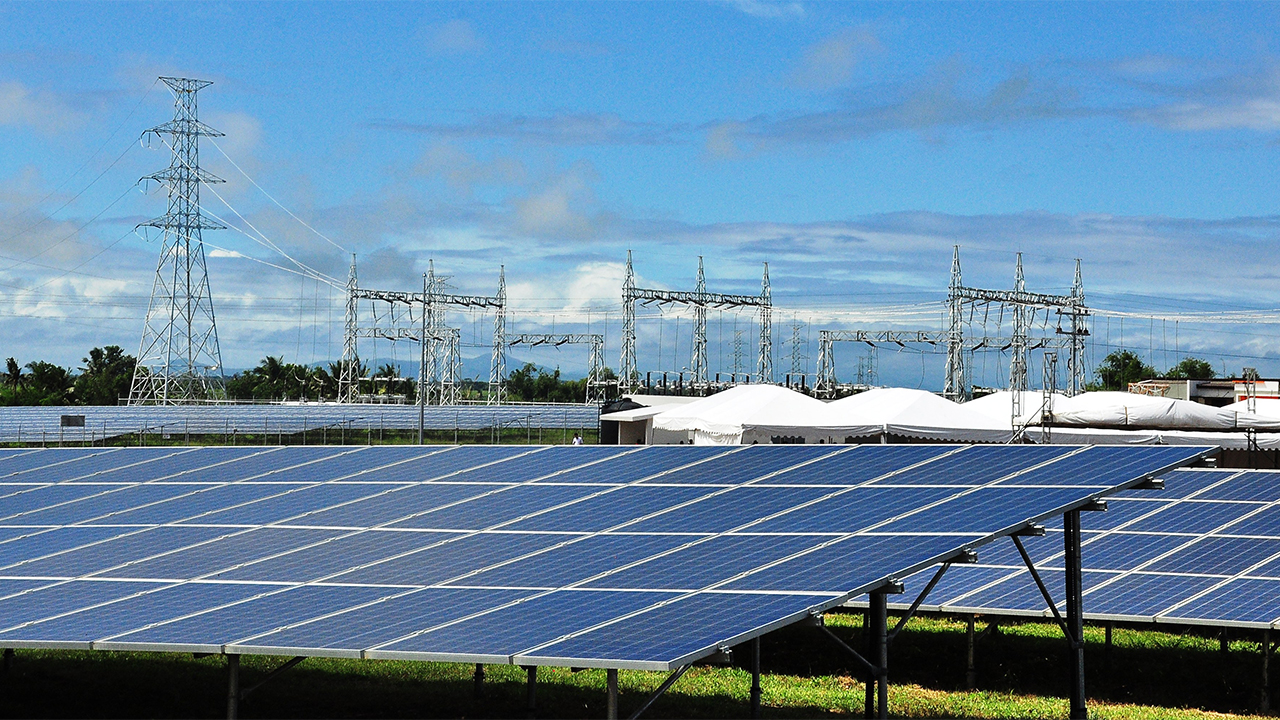 It is considered to be the biggest in Southeast Asia and 7th largest in the world.

The Cadiz solar farm brings to 10 the total number of fully functional solar power plants in the Philippines. They have a combined installed capacity of 377 MW, said former Senator Juan Miguel Zubiri, who authored the Renewable Energy Law of 2008.

Zubiri attended the opening of the solar farm.

Governor Alfredo Marañon Jr said the province now has a power production capacity of 280-MW, adding that it would attract more investors.

He said it would address the power shortage problem in Negros Occidental.

Solar farms use panels that are designed to absorb the rays of the sun then convert them into electricity.

Cadiz Mayor Patrick Escalante said that the solar project is seen to generate P45 million worth of annual revenues for the local government. He added that it is expected to increase the annual revenues of the city by about P100 million.

The solar farm has started connecting to the grid on February 13, and is initially supplying an average of 30-MW through the National Grid Corporation of the Philippines.

“Today, the farm’s efficiency rate is 80% amid the stormy weather. Since it started operating fully within almost 3 weeks already, it supplies huge part of the province’s average power demand of 200 MW,” Escalante said.

Gregorio Araneta III, chairman of Helios and owner of GAI, said the “ideally-located P200-million solar farm in Cadiz” is one of his renewable energy projects in the country. Others were in Leyte and Ilocos.

He added: “This project also demonstrates our country’s ability to develop world-class renewable energy projects and establishes the Philippines’ foothold as frontrunner in renewable energy.”

Joining Araneta in the inauguration rites were his wife Irene Marcos, the youngest daughter of the late President Ferdinand Marcos; French Ambassador to the Philippines and Micronesia Thierry Mathou; former Senator Zubiri; and other public officials.

In a statement, Zubiri said additional solar farms are now being put up in Bacolod City, La Carlota City, and in the municipalities of Murcia and Manapla in Negros Occidental and Mabinay in Negros Oriental.

“Without question, Negros Island is now the solar power capital of the Philippines and the whole of Southeast Asia, considering the number of solar farms either already up and running or set to operate here,” he said.

Zubiri said more than 2.9 million jobs – mostly in construction and engineering services – have been created by the boom in solar, wind, geothermal, hydro and biomass power projects in the provinces.

The solar farm in Cadiz, for instance, was built by more than 2,500 workers, according to Mayor Escalante. It employs a regular staff of 200. – Rappler.com