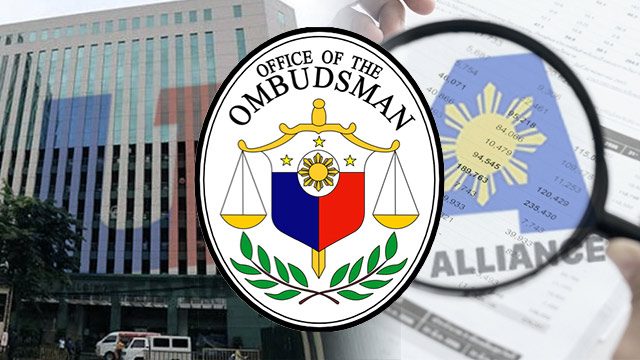 Facebook Twitter Copy URL
Copied
Binay's camp accuses the Ombudsman of exerting pressure. The Office of the Ombudsman says Binay 'pleaded with a COA official' not to release the audit report on the Makati City Hall building II until after elections.

MANILA, Philippines – The camp of Vice President Jejomar Binay accused the Ombudsman of “exerting pressure” on the Commission on Audit (COA) for the release of an incomplete special audit report on the controversial Makati City Hall Building II.

In a statement on Saturday, March 5, United Nationalist Alliance (UNA) president Toby Tiangco said the Vice President’s camp has received information that the Ombudsman “has been personally calling up COA officials” demanding that the audit agency release and transmit to her office its special audit report on the controversial building “even if the report does not include the replies or comments of City Hall officials.”

The Office of the Ombudsman denied the allegations, saying that the UNA statement is a “deliberate lie.”

Referring to “a very reliable source” who was not named, the statement also said that it was Binay who “pleaded with a COA official not to release the report until after the elections.”

The statement further said, “After failing to transmit in January, COA again informed us that they will transmit a copy on February 22. Failing that as well, they again advised they will transit on March 2. We are still waiting.”

The Vice President has faced a long-running controversy over the allegedly overpriced contracts for the Makati building. He and his son, dismissed Makati Mayor Jejomar Erwin Binay Jr, are the subjects of a Senate inquiry and a plunder complaint before the Ombudsman.

The Binay camp has claimed that COA auditors and technical specialists did not find irregularities in the construction of the building. COA’s resident auditor Cecilia Caga-anan, however, is a co-respondent of the Binays in the plunder case against them.

During a Senate hearing in 2014, state auditors also noted “red flags” in the construction of the building.

Tiangco accused the Ombudsman of trying to derail Binay’s bid for the presidency in the May 2016 polls. The Binay camp has previously accused Ombudsman Conchita Carpio-Morales of “selective justice” and displaying blatant partiality when it came to handling cases involving the Vice President and his son.

“The Ombudsman represents an administration that has a track record of flouting the law and the Constitution in bringing down its political enemies while ignoring, aiding and abetting unlawful acts of its partymates and allies,” he said.

“In stark contrast, the COA and Ombudsman are pussyfooting on its reports on the PDAF [Priority Development Assistance Fund] and DAP [Disbursement Acceleration Program]. Until now, COA has yet to release its complete PDAF audit covering the Aquino administration,” Tiangco said.

In July 2015, Binay filed a P200-million damage suit against Morales and 12 others for their allegations of plunder, graft, and corruption against the Vice President.

In the latest Pulse Asia survey covering the period February 15-20, 2016, Binay shared the top spot with Senator Grace Poe. The survey conducted among 1,800 registered voters showed Poe with a 26% voter preference and Binay with 25%. Given the survey’s ± 2% error margin, the two top contenders for president are tied for first place. – Rappler.com