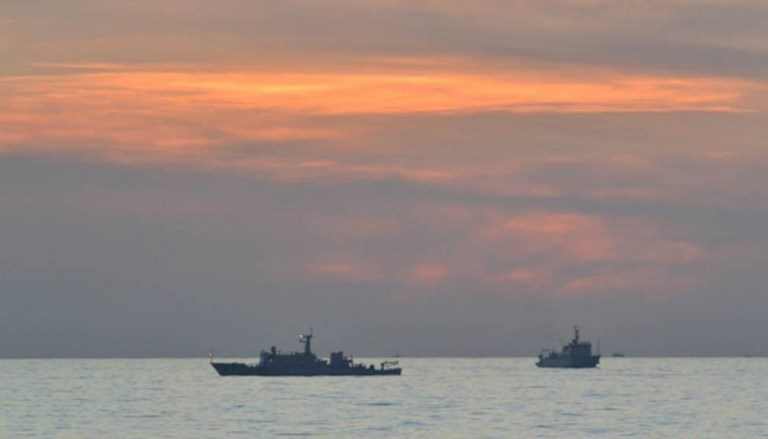 Philippine media this week said local fishermen had been rammed by the Chinese coast guard while fishing off Scarborough Shoal, which China has occupied since a 2012 stand-off but which lies within the Philippines’ claimed exclusive economic zone.

The incident is the latest in a series of sometimes violent disputes between China and other claimants to the South China Sea – through which about a third of all the world’s traded oil passes – that have put the region on edge. (READ: PH: ‘Disconcerting that nobody is stopping China’)

“People on Philippines’ vessels even brandished knives and hurled firebombs at Chinese ships,” she said, adding that the attacks were intended to “deliberately provoke” Chinese law enforcement vessels “and seriously endanger the order and safety of Huangyan’s territorial waters.”

Scarborough Shoal is known as Huangyan in China.

China claims almost all of the sea, including some islands currently controlled by the Philippines. Beijing has never clearly defined its claims to the strategic region.

Manila has brought a case before an international tribunal to rule on the disputes over territories, including Scarborough Shoal.

The move has infuriated Beijing, which insists the matter is outside the court’s remit.

A ruling on the matter is expected before May. – Rappler.com