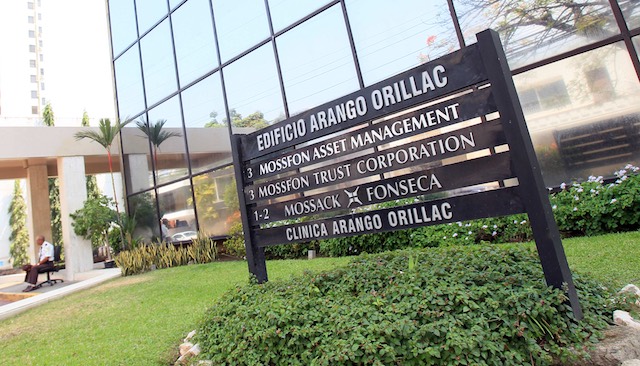 MANILA, Philippines (UPDATED) – In the rush to find the Philippine connection to the biggest data leak in journalism history, some people online – including several news groups – confused the data with a similar exposé on offshore finance, dating back to 2013.

On Sunday, April 3, media groups led by the Germany paper Sueddeutsche Zeitung and the International Consortium of Investigative Journalists (ICIJ) released the results of a year-long probe into a trove of 11.5 million documents from Panamanian law firm Mossack Fonseca, which specializes in creating offshore shell companies.

Among those named in what the world now calls the “Panama Papers” are close associates of Russian President Vladimir Putin, relatives of Chinese leader Xi Jinping, and Iceland’s Prime Minister Sigmundur David Gunnlaugsson, as well as Barcelona striker Lionel Messi.

Amid the flurry of stories on the web about the Panama Papers, a story from local news website InterAksyon popped out Monday, April 4, with the headline: “PANAMA PAPERS | Imee Marcos, sons, JV Ejercito among 572 Pinoys in offshore holdings expose.”

It would have been a big breaking story in the Philippines – except that it had already been exposed way back in 2013, in the ICIJ’s separate Offshore Leaks probe.

While the two probes are both global investigations on offshore finance led by the same investigative journalism group, the two are distinct and significantly different in terms of data sources and context.

The 2013 Offshore Leaks probe is based on a cache of 2.5 million files containing information on more than 120,000 offshore companies and trusts worldwide, revealed in 2013 by the ICIJ.

The ICIJ said that 86 journalists from 46 countries sifted through the data during their 15-month collaborative investigation. In the Philippines, the Philippine Center for Investigative Journalism (PCIJ) was the partner organization, which then let other news outfits republish its findings.

The PCIJ’s 2013 investigation focused on the offshore accounts owned by the Marcoses and the Ejercitos, as well as connected personalities and entities. Their exposés are in the following stories:

The 2013 leak listed 572 officers and master clients, 9 offshore entities, and 355 listed addresses linked to the Philippines. This raw information can still be accessed at the ICIJ website.

According to the ICIJ, much of their reporting focused on the firms Portcullis TrustNet and Commonwealth Trust Limited, which they said “have helped tens of thousands of people set up offshore companies and trusts and hard-to-trace bank accounts.”

More than 500 banks, their subsidiaries, and branches have worked with Mossack Fonseca since the 1970s to help clients manage offshore companies. UBS set up more than 1,100 and HSBC and its affiliates created more than 2,300.

According to data from the Irish Times, one of the ICIJ partners in the Panama Papers investigation, the leak has information on 40 companies, 12 clients, 42 beneficiaries, and 330 shareholders connected to the Philippines.

Offshore financial dealings are not illegal in themselves but may be used to hide assets from tax authorities, launder the proceeds of criminal activities, or conceal misappropriated or politically inconvenient wealth.

However, the question remains: Could the same people in the 2013 exposé also be linked to the Panama Papers?

So far, there is no answer to that question. No Filipino media outfit is currently part of the Panama Papers probe, and those not part of the ICIJ investigation would have to wait until May, when they release the data publicly.

After people online pointed out that the wrong database had been used, InterAksyon revised its story and instead rehashed the 2013 exposé, but put it in the context of the Panama Papers.

As of 3 pm Tuesday, April 5, GMA News took down its story, while the Star edited its piece. Only the Inquirer story remained unedited. – With a report from Agence France-Presse/Rappler.com