Apr 5, 2016 8:11 PM PHT
Mara Cepeda
Facebook Twitter Copy URL
Copied
(UPDATED) The provincial officials are found to have paid the contractor in full for the construction of the Cebu International Convention Center just a day after the contract was awarded 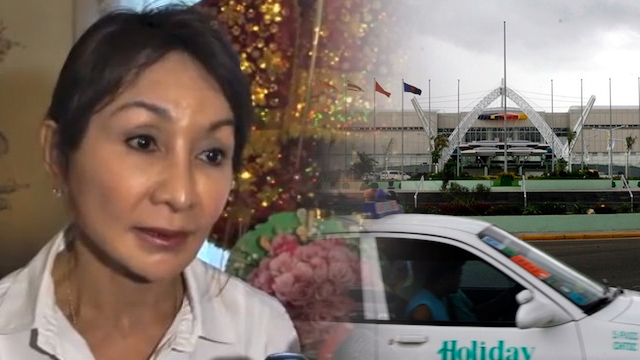 MANILA, Philippines (UPDATED) – The Office of the Ombudsman on Tuesday, April 5, filed 11 charges of graft against former Cebu Governor Gwendolyn Garcia and other capitol officials over the allegedly anomalous procurement process behind the Cebu International Convention Center (CICC) in 2006.

Garcia is running for reelection as representative of Cebu’s 3rd district.

The criminal charges were filed before the anti-graft court Sandiganbayan against Garcia and the following members of the Cebu provincial bids and awards committee:

According to the Ombudsman’s 31-page resolution, no public bidding was undertaken by Garcia and her co-accused in securing several contracts totalling P425.6 million with WTCI.

Ombudsman Conchita Carpio Morales said the public officials extended “undue favors” to WTCI because they awarded the said contracts to WTCI through alternative procurement methods instead of public bidding.

“All told, the BAC’s repeated recommendations to resort to limited source bidding and negotiated procurement instead of competitive public bidding, along with Garcia’s repeated approvals of these recommendations without proper verification, indicates gross inexcusable negligence,” the Ombudsman said.

“The act of Garcia and WTCI in implementing construction works with a total cost of P257.4 million without plans and specifications, appropriations and public bidding and worst, without a written contract, is a clear violation of Section 3(e) of Republic Act No 3019,” added Morales.

In 2005, then-President Gloria Macapagal Arroyo designated Cebu to be the venue for the 12th ASEAN Summit in January 2007.

The Cebu provincial government tapped WTCI in February 2006 to become the contractor for the CICC.

According to the Ombudsman, procurement documents indicate that the contract with the WTCI was signed on June 22, 2006.

Just a day after, Garcia approved the disbursement voucher “authorizing the payment to the contractor for 100% of work accomplished totaling P43.2 million.”

The former Cebu governor also signed the certificates of acceptance and completion for the CICC on June 23, 2006.

Complainant Public Assistance and Corruption Prevention Office-Visayas (PACPO-Visayas) said it is “highly improbable” for this to be accomplished under one day, considering the “scope of work contained in the amended contract as depicted by the final billing, certificate of acceptance and completion.”

Garcia defended herself in a counter-affidavit, saying the allegations against her are “devoid of any basis.”

“Since the Commission on Audit has not found irregularity in any of the procurements, contracts, and disbursements concerning the construction of CICC, the allegations are devoid of any basis,” she said.

Garcia called the charges a form of “political harrassment in the middle of the election campaign.”

“This case had been dismissed and is mysteriously revived clearly for political propaganda, for whatever political mileage they can get, just like the case of my brother Winston wherein they revived an old case from the archives, and we all know how that turned out,” said Garcia in a statement sent to reporters late Tuesday evening.

“Curiously enough, my opponent has already given her reaction even before I could react,” she added.

In December 2015, the Ombudsman had charged Garcia’s brother Winston, former Government Service Insurance System (GSIS) president and general manager, and 10 others with graft because they allegedly awarded the GSIS eCard project to Union Bank in May 2004 before the closing of the date for submission of bid proposals.

The Sandiganbayan cleared the former GSIS officials of their graft charges in March this year. – Rappler.com