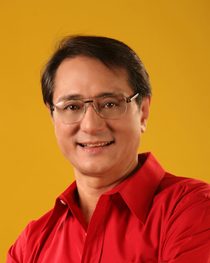 MANILA, Philippines – The common-law wife of the late Negros Occidental Rep Ignacio “Iggy” Arroyo has allegedly blocked the repatriation of his remains to the Philippines from London in an escalating tiff with Arroyo’s legal but estranged wife.

The solicitor of Grace Ibuna, Arroyo’s common-law wife, reportedly filed a complaint before a court in the United Kingdom (UK) to stop the return of Arroyo’s body to the Philippines, according to Lorna Kapunan, lawyer of Arroyo’s legal wife Alicia Arroyo.

In a phone interview with Rappler on Saturday, February 4, Kapunan said this information came from the solicitor of the UK funeral parlor that kept Arroyo’s remains. Ibuna reportedly made an order not to release Arroyo’s remains and to cremate these in the UK, Kapunan added.

“We are in absolute shock,” she said.

Rappler is still trying to reach the camp of Ibuna as of posting time.

Arroyo died in London last January 26 after Ibuna reportedly gave the go-signal to pull the plug on Arroyo’s life support system. This alone left a trail of controversy, with Alicia mulling charges against Ibuna.

Kapunan said their camp has yet to see an actual copy of the reported complaint.

Now if indeed Ibuna filed a complaint before a UK court, will it be UK or Philippine law that shall prevail in the issue? Alicia’s marriage with Arroyo never got annulled, making her still the late representative’s legal wife.

She has the rights to claim Arroyo’s body and bring it to their La Vista home, then to the House of Representatives, Alicia earlier asserted.

Kapunan explained that Philippine law should prevail in this issue because the parties involved are all Filipinos. “It’s a principle of law that you are covered by the laws of your citizenship… You do not cease to be Filipino. Philippine law follows you wherever you go,” Kapunan said.

In the next few days, Kapunan said their camp will study the legal options available to them.

Meanwhile, she said blocking the return of Arroyo’s remains is “disrespectful” not only to Congress but to Arroyo’s constituents as well. “It is with impunity that she claims that Iggy’s last wishes are to be cremated,” Kapunan added.

Ibuna has also claimed in the UK that Arroyo’s marriage to Alicia has been annulled, Kapunan quoted a UK solicitor as saying. “That is an absolute falsity,” she said.

This also indicates shortcomings on the part of UK lawyers, she noted. “Dapat hindi sila naniniwala sa hearsay (They should not be believing in hearsay),” Kapunan said, adding that they should have at least asked for a copy of the supposed annulment papers.

Kapunan also reacted to comments that the brewing legal tiff between Arroyo’s common-law wife and legal wife leaves a bad taste in the mouth.

“That bad taste is not coming from us,” she said. “In fact, the law protects those who have rights. Bad taste comes from those who establish claims even without the necessary rights, knowing (that) the whole family wants the remains to be here,” Kapunan said in a mix of English and Filipino.

“If there is any bad taste,” she said, “it is coming from Grace Ibuna.”

This struggle with Ibuna is not about the inheritance, Kapunan explained. “’Yun ang bad taste.” (Now that’s in bad taste.)

When he was alive, Arroyo claimed to have owned the so-called “Jose Pidal” bank accounts that reportedly contained about P200 million. Before he surfaced with this revelation, critics said it was his brother, then First Gentleman Mike Arroyo, who owned these accounts.

The late representative, who was treated for liver cancer, also came to his brother’s rescue on at least 2 other issues. – Rappler.com