Apr 15, 2016 11:02 AM PHT
Rappler.com
Facebook Twitter Copy URL
Copied
(UPDATED) 'He is remembered kindly and respected highly by all those whose lives were touched by his humble and gentle ways,' Malacañang says of Reyes, a multi-awarded journalist who served two presidents 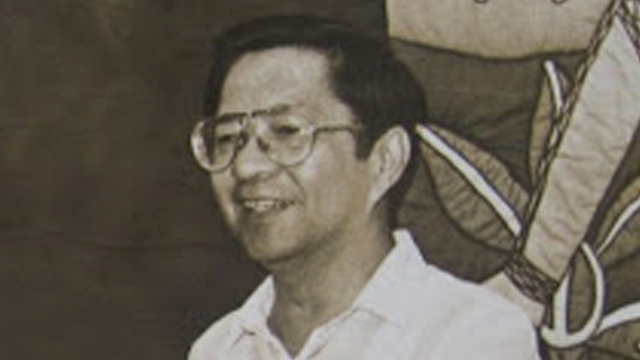 Reyes served as press secretary of two presidents: Fidel Ramos and Joseph Estrada. He was 80.

“Rodolfo T. Reyes was a lifelong journalist who was deeply committed to his profession,” Palace Communications Secretary Herminio Coloma Jr said in a statement on Friday, April 15.

“He is remembered kindly and respected highly by all those whose lives were touched by his humble and gentle ways. Our thoughts and prayers for his eternal repose go to his bereaved family,” Coloma added.

In a statement, Estrada said: “He is a big loss to our country. He was a very diligent and humble press secretary. He never complained and he was really a devoted cabinet member. I will give my last respects to him tomorrow with all the cabinet members. He should be emulated by all the journalists.”

The multi-awarded journalist is best known for exposing the illegal drug and crime syndicates in Malabon by posing as a drug addict in the early 1960s.

He served as an editor of the Manila Chronicle, and worked as an executive of GMA network and ABS-CBN.

His remains will be at the Manila Memorial Park starting Friday. His interment is on Monday, April 18. – Rappler.com