Waiting to be freed: 22 foreign hostages in Sulu 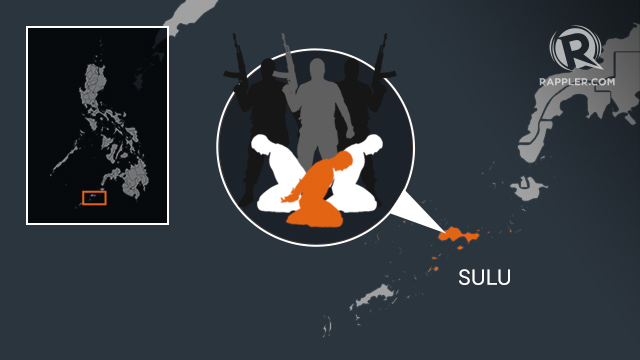 MANILA, Philippines – The beheading of a Canadian hostage in Sulu on Monday, April 25, was a grisly reminder of the state of lawlessness in the province, where at least 22 foreign hostages are held captive by the Abu Sayyaf. 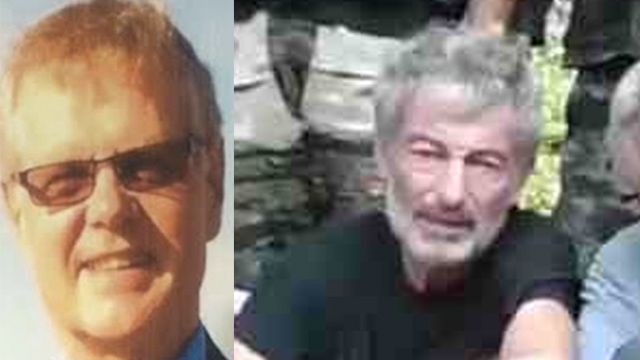 John Ridsdel, a tourist who visited Samal Island in Davao del Norte in September 2015 with fellow Canadian Robert Hall, was killed Monday afternoon after ransom talks for his freedom collapsed. A retiree in his early 60s, Ridsdel was from Calgary, Alberta.

Two months after the September 2015 abduction, the Abu Sayyaf, in a video, demanded P1 billion ($21 million) each in exchange for the release of Ridsdel, Hall, the other foreigner caught with them, Norwegian resort manager Kjartan Sekkingstad, as well as a Filipina, Marites Flor.

In that one-minute 27-second video released on November 3, 2015, the 4 hostages were shown sitting in front of armed men, whose faces were covered with masks.The video, posted by the United States-based jihadist monitor SITE Intelligence Group, showed the hostages in a jungle setting. 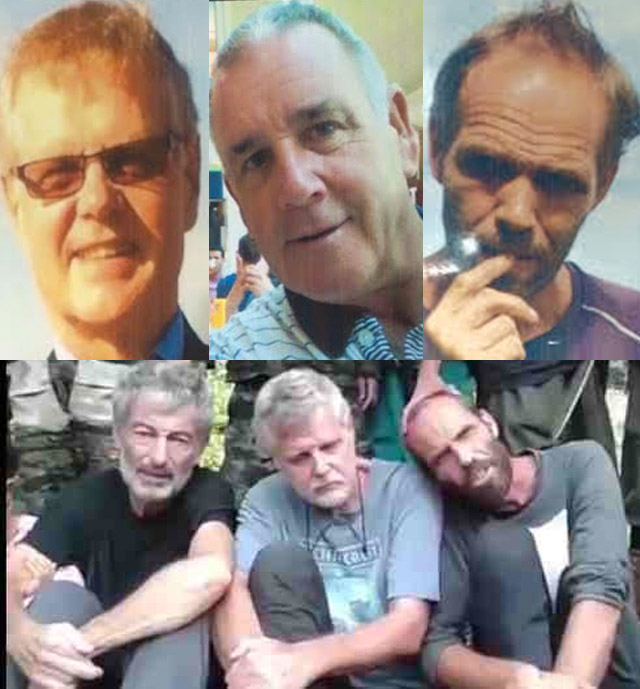 In the video, one unmasked militant is seen holding up a knife to the 3 foreigners, who took turns appealing for help and asking that the ransom be paid. Similar videos were posted over several months in which the hostages looked increasingly frail.

Canada sent a crisis team to Manila after talks bogged down and the Abu Sayyaf threatened to kill them, according to intelligence sources.

Police sources said the Abu Sayyaf set an ultimatum on April 8, but later agreed to extend it to April 25.

In the most recent video before his beheading, Ridsdel said he would be killed on April 25 if the P300 million ($6.39 million) was not paid.

The gunmen beheaded him afternoon of April 25 then threw his head, wrapped in plastic, on a street in Jolo.

The same sources told Rappler that the foreigners were monitored on April 4 to have been under the close watch of the ASG’s top guns led by Radullan Sahiron, Hatib Hajan Sawadjaan, Yasser Igasan, Mujer Sawadjaan, Hairulla Asbang and Idang Susukan. They were spotted in Barangay Lumping Pigi Daho in Talipao, Sulu.

They include 14 Indonesians who were abducted in two instances this year, 4 Malaysians, one Canadian, one Norwegian, one Dutch, and one Japanese.

Ten of the Indonesians were sailors who were kidnapped while sailing off Sulu waters on March 26 this year.  The crew were traveling on a tugboat pulling a barge from Borneo island to the Philippines when they were hijacked. The vessels’ owners received a ransom call from someone claiming to be from the Abu Sayyaf group the same day, according to Indonesian officials.

On April 1, gunmen kidnapped 4 Malaysians from a ship off the east coast of Sabah, Malaysia.

Intelligence sources said the 4 were brought to Sulu as well.

Last year, Malaysian Bernard Then was kidnapped from a seaside restaurant in Sabah. He was later killed by the Abu Sayyaf.

One of the two European birdwatchers abducted in Tawi-Tawi in 2012 is still being held in Sulu, Dutch national Ewold Horn.

His companion,  Swiss national Lorenzo Vinciguerra, managed to escape from his captors on December 6, 2014. 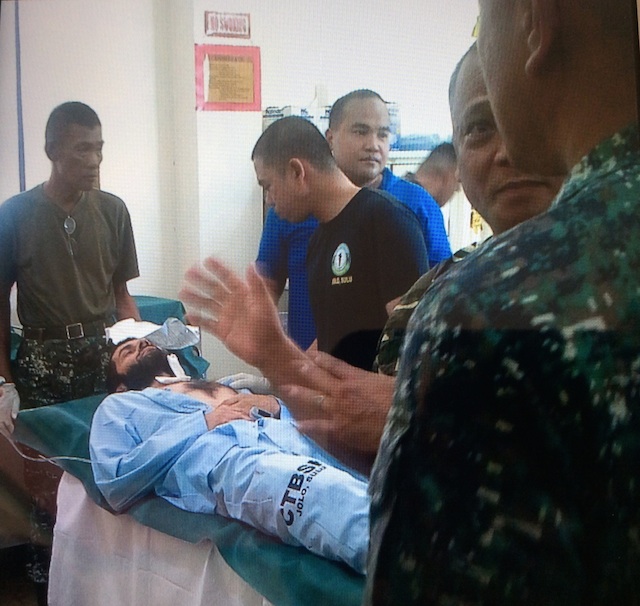 Japanese Toshio Ito was kidnapped nearly 3 years ago from Pangutaran Island in Sulu on July 16, 2010.

At one point, the Philippine police believed the 64-year-old “treasure hunter,” a Muslim convert, had joined the Abu Sayyaf – a form of Stockholm Syndrome which had him acting as the group’s cook. However, this was disputed by other nations, including the United States, which includes him on its list of kidnap victims. (READ: The men Rodwell leaves behind with the Abu Sayyaf)

An Australian was also a former Abu Sayyaf captive: Warren Richard Rodwell, who was kidnapped in December 2011 in Ipil, Zamboanga del Sur, and was also brought to Sulu. The Abu Sayyaf has turned kidnapping-for-ransom into a cottage industry.

Handing hostages to larger, better armed groups is a common practice. Larger groups can better protect and evade authorities. All involved then get a cut of the ransom, according to Abu Sayyaf members.

The Indonesian company that employs the 10 kidnapped Indonesian sailors is willing to pay $1 million for their release, according to Indonesia’s Chief Security Minister Luhut Pandjaitan.

Indonesia also banned its ships from sailing to the Philippines – for now. As for those with permits already, they must be escorted by the military.