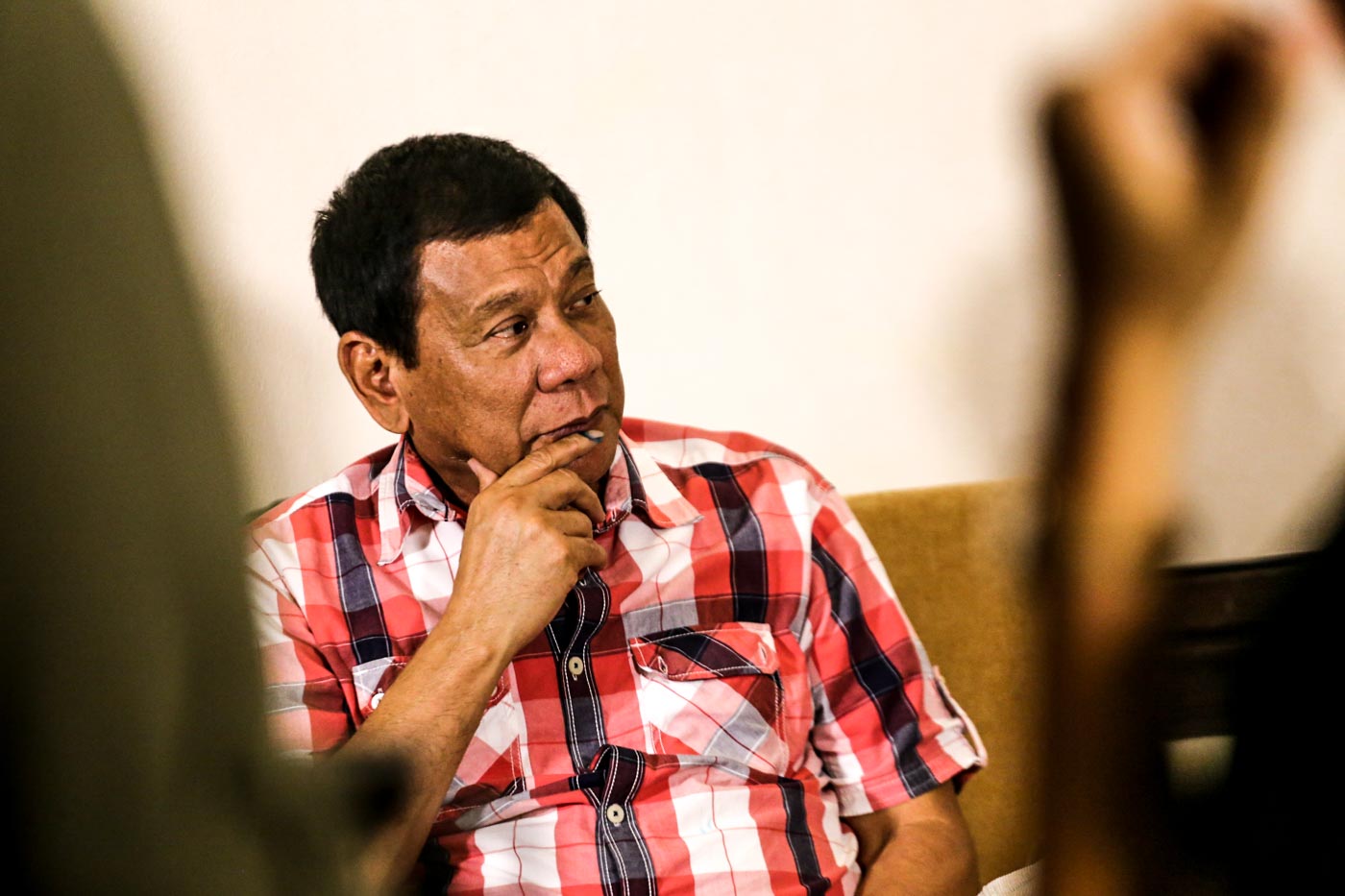 DAVAO CITY, Philippines (UPDATED) – If before he was coy about naming or describing the persons he is likely to appoint to his Cabinet, Davao City Mayor Rodrigo Duterte spoke more openly about them on the night of elections.

That night, the initial counting of the votes showed he was pulling away from his closest rival, Senator Grace Poe.

Throughout the night, media asked him who he plans to include in his Cabinet, people who would be secretaries and heading the departments that have power over so many aspects of Philippine life.

To Rappler, he said a good number of these appointees would be retired “military men.” He said former Armed Forces of the Philippines chief of staff Hermogenes Esperon Jr would definitely have a place in his Cabinet.

For the Department of Transportation and Communications or Department of Finance, he is considering Carlos “Sonny” Dominguez III, his long-time friend and a businessman in Davao City. Dominguez was also an agriculture secretary during the presidency of Cory Aquino.

Jesus Dureza, his high school classmate and a press secretary under the administration of Fidel Ramos, will play a leading role in his administration’s Mindanao peace process efforts, he said.

For the Department of Trade and Industry, he is considering former Clark Development corporation president Arthur Tugade who was his San Beda College of Law classmate.

His defense secretary may be a certain ex-general of the navy who Duterte admires or an “outside worker” who he will have to convince to work for government.

As for interior secretary, Duterte told Rappler, “I would like to get a manager kasi ‘yung police, ako mag-handle niyan (because I will be handling the police) through an undersecretary. Not a politician, a manager.” 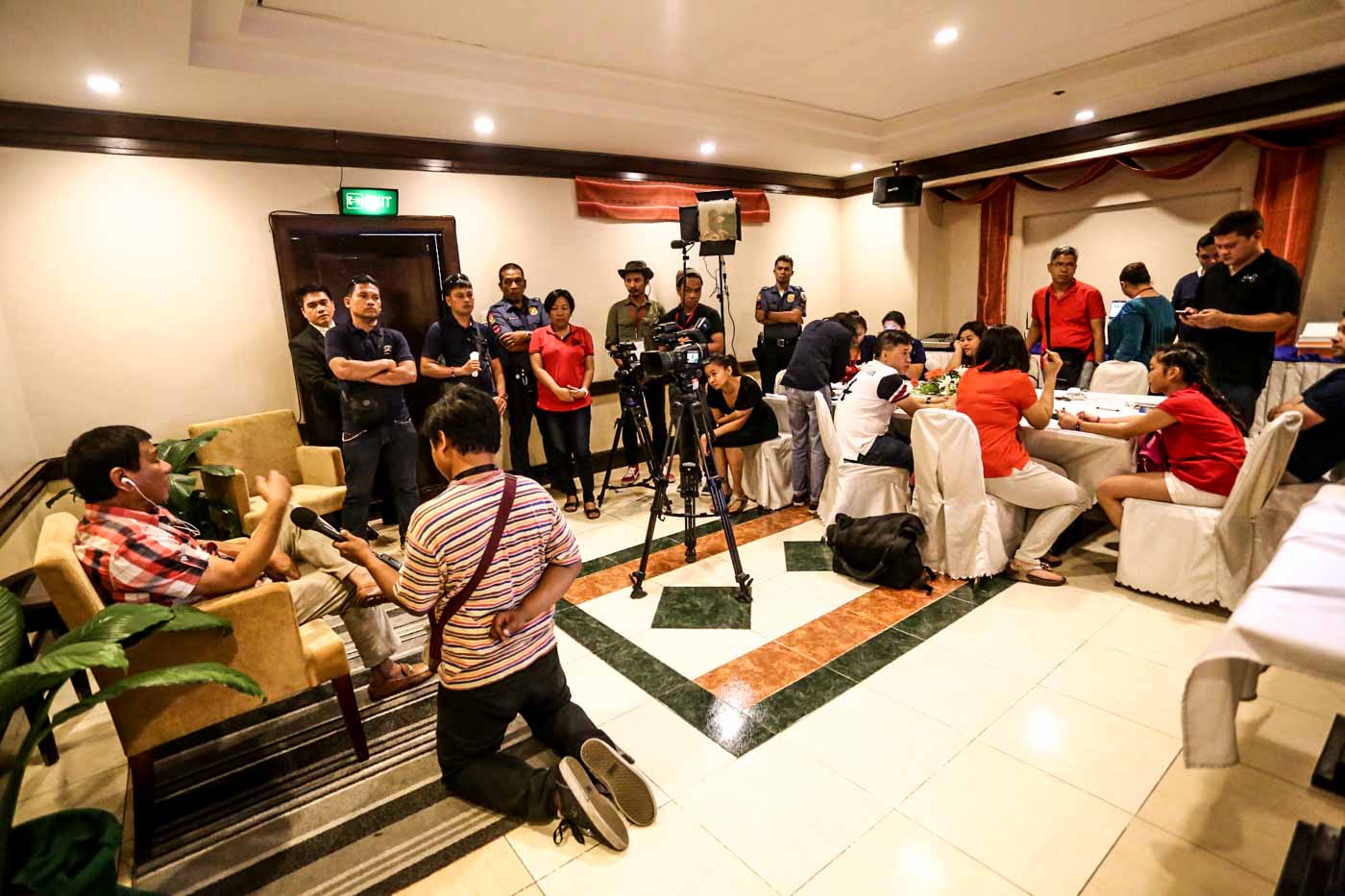 He has no specific person in mind for the crucial post, but when asked if he might give it to Leoncio “Jun” Evasco, his campaign manager and respected mayor of Maribojoc, Bohol, he said, “Tingnan ko (I’ll see). But Evasco is my planner and he plays an important role even when I was mayor.”

But he added that Evasco “will stay with me.”

Duterte also has no specific name for the job of agriculture secretary but he said, “It will be good if I can find an agronomist who is also a good manager.”

For posts like environment secretary and tourism secretary, he wants someone “young and brilliant” and “not a politician.”

Duterte was also intending to give the foreign secretary position to his running mate Alan Peter Cayetano if he wins. But given the vote count, Cayetano is likely to lose the vice-presidential race.

Given Duterte is yet to zero in on specific people for key positions, he plans to ask “somebody” to make him a shortlist.

“I will ask somebody to give me a list. Short list lang ako (Just a shortlist for me). Somebody whom I trust and somebody who is really a manager,” he told Rappler.

“If you have a good manager who knows the entrails of the job, e di walang problema (then no problem),” he explained.

On the campaign trail, he has promised to appoint Albay Governor Joey Salceda as National Economic and Development Authority (NEDA) chief. – Rappler.com