Duterte bent on pushing FOI, even if it takes an EO 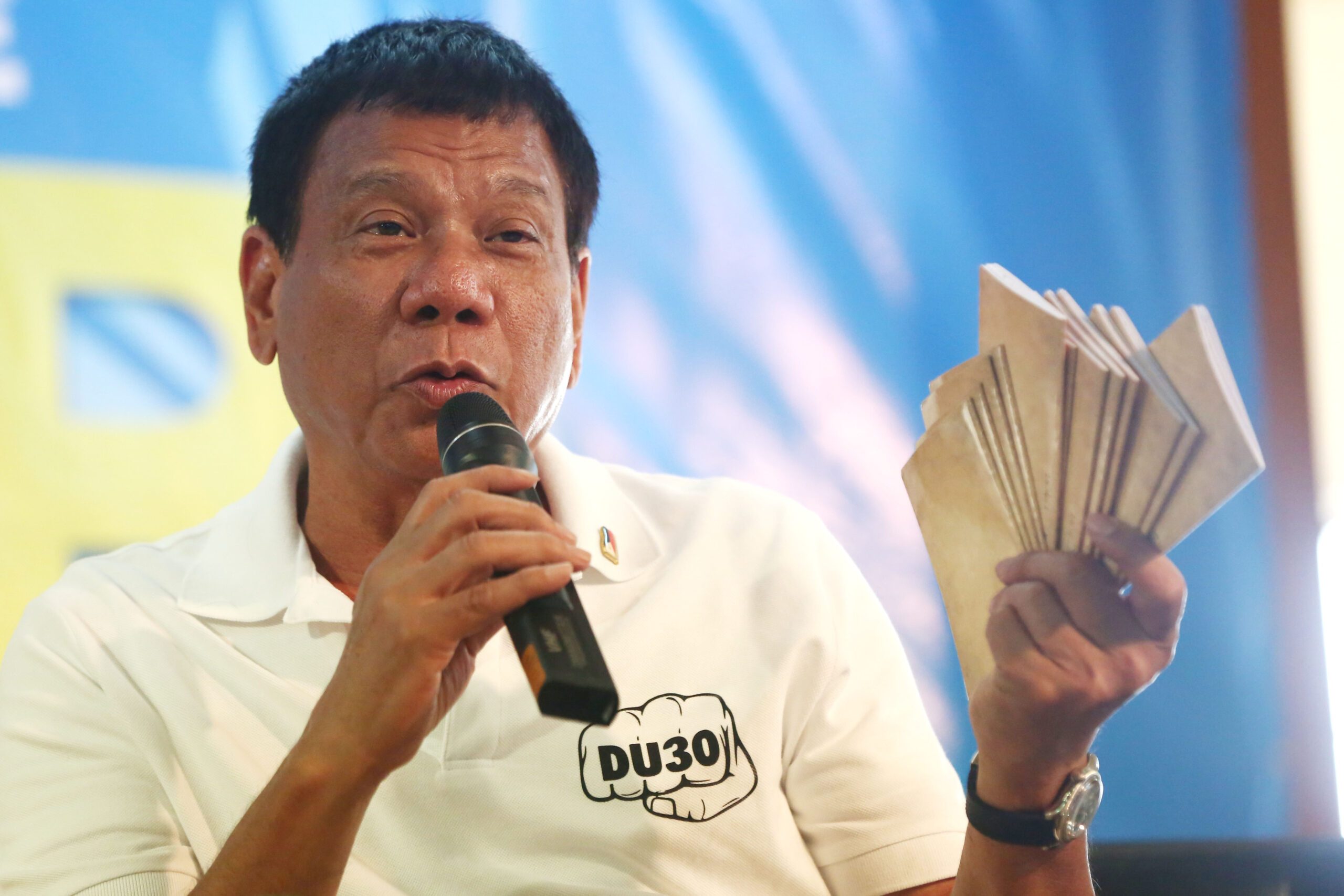 DAVAO CITY, Philippines – Presumptive president Mayor Davao City Mayor Rodrigo Duterte says if Congress is not keen on passing the Freedom of Information (FOI) bill, then his first act once he assumes office will be to issue an Executive Order (EO) on the FOI.

“Kung ayaw ng Congress I will start progressively. Para walang satsat, walang yakyak, day one, basta pataas na, huwag na pabalik kasi magulo yan (If Congress refuses to pass such a law, I will start on it progressively). Let’s cut to the chase. From day one, although this will not be retroactive since ordering so will create a very chaotic situation. FOI, I will impose it on my department, executive department,” he told reporters on May 10, as he led the partial, unofficial presidential count of the Commision on Elections.

The latest unofficial and partial results from Comelec transparency server can be seen below:

Asked what to expect on the first day of his presidency, Duterte said, “Unahan ko na (FOI). I will issue an executive order. All. Hindi na kailangan ng batas (no need for a law),” he said.

President Benigno Aquino III earlier included the passage of the FOI in his campaign promises but failed to muster enough support in Congress.

The Aquino administration had implemented its Open Data Project to show its commitment to public access to government information, pending Congress action on the proposed measure.

With FOI in place, the media and ordinary citizens will have easier access to public documents and records that can make public officials more accountable. The people’s right to information on matters of public concern has also been constitutionally recognized in the country since 1973.

Duterte said his EO, “will compel members of the executive department, I will impose it immediately, only because it is an EO.”