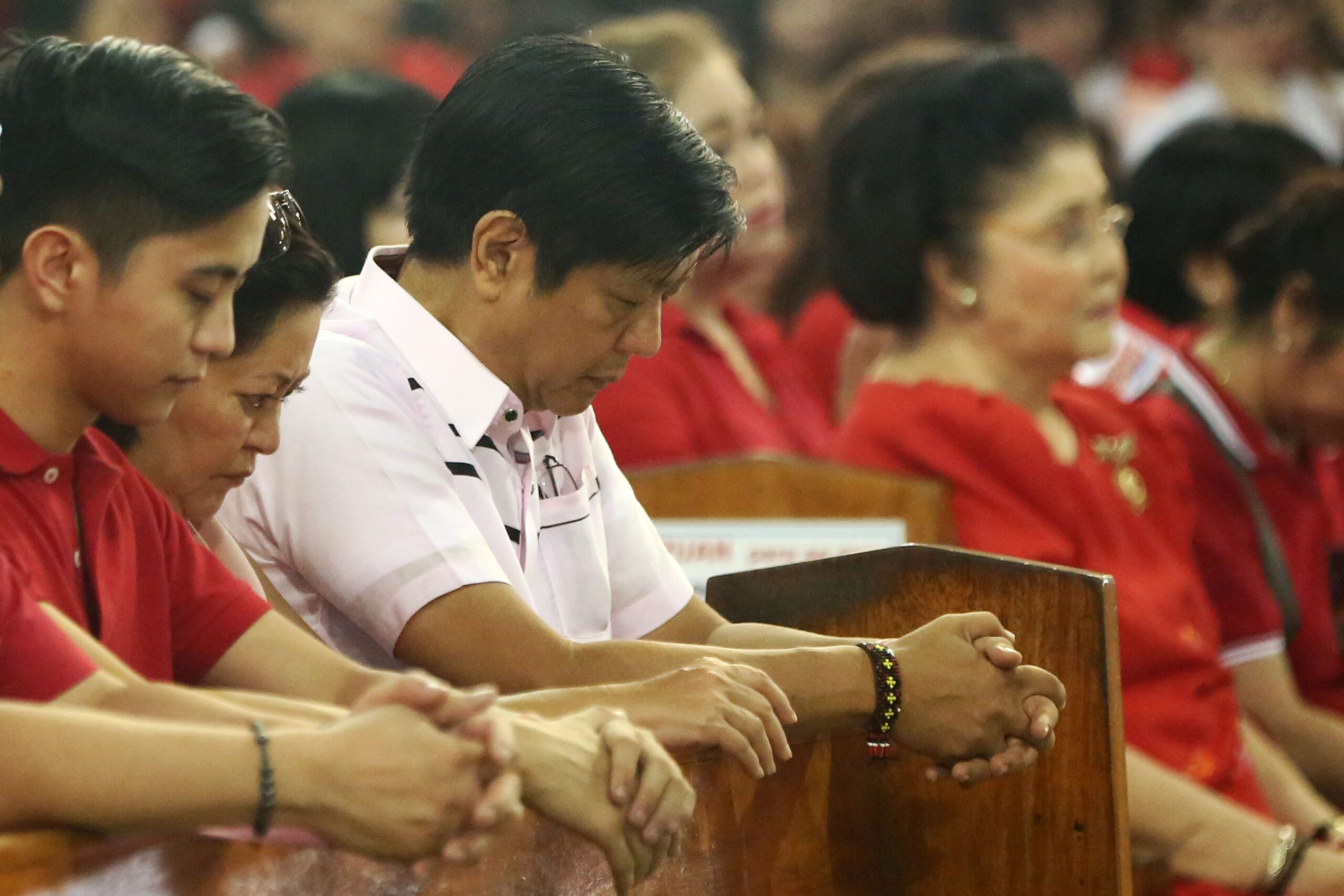 MANILA, Philippines – Hundreds of supporters joined Senator Ferdinand “Bongbong” Marcos Jr and his family in a “unity mass” at the Baclaran Redemptorist Church in Parañaque on Sunday, May 15, to pray for “truth” in the results of the elections.

The mass was held as the Marcos camp continued to allege that there was cheating in the partial and unofficial results that showed Liberal Party bet Leni Robredo leading the 6-way vice presidential race.

Dubbed “Buong Bayan Magkaisa, Isang Misa Para sa Katotohanan at Integridad ng Halalan (the whole nation unites, one mass for truth and integrity in the elections), the holy celebration was held on the same day as Robredo’s thanksgiving mass at the Ateneo de Manila University’s Church of the Gesu.

Former first lady Imelda Marcos, a devotee of the Mother of Perpetual Help Redemptorist, joined the vice presidential candidate. The senator’s wife, Lisa Araneta-Marcos, and son Ferdinand Alezander “Sandro” Marcos were with them.