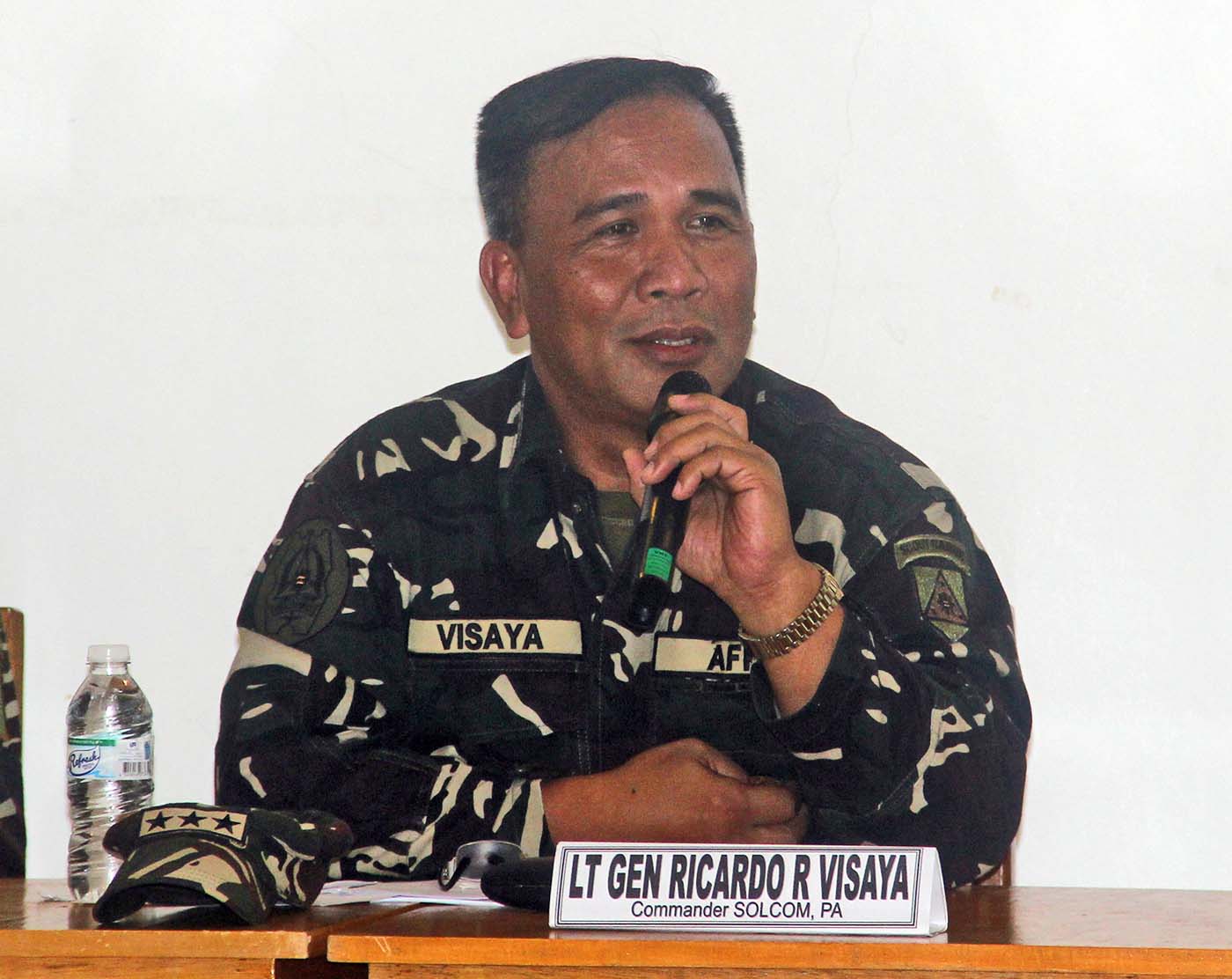 “To be considered for the post of AFP chief of staff is already a big honor. But for now, I am focused on my job as commander of the AFP Southern Luzon command,” Visaya said in a statement released to reporters here.

Duterte met with Visaya and 3 police officials over the weekend where the president-elect made known his intent to name them to key posts. (READ: Duterte reveals top picks for AFP, PNP posts)

A 1983 graduate of the Philippine Military Academy and native of Bacarra, Ilocos Norte, Visaya is currently the commander of the AFP’s Southern Luzon command. He was shortlisted for the positions of Army chief and AFP chief, respectively, under the Aquino administration, but did not make it.

He’s a recipient of 4 Distinguished Service Stars awards, the 3rd highest award in the AFP given for meritorious performance, along with other medals he earned from combat and civil-military duties.

He was awarded the Cavalier Award for army operations in 2008, the most coveted award for a PMA alumnus.

On Monday, Duterte announced the first batch of his Cabinet appointments (READ: List of who’s who in the incoming Duterte Cabinet). – Rappler.com