Duterte: Armed personnel per barangay to crack down on drugs 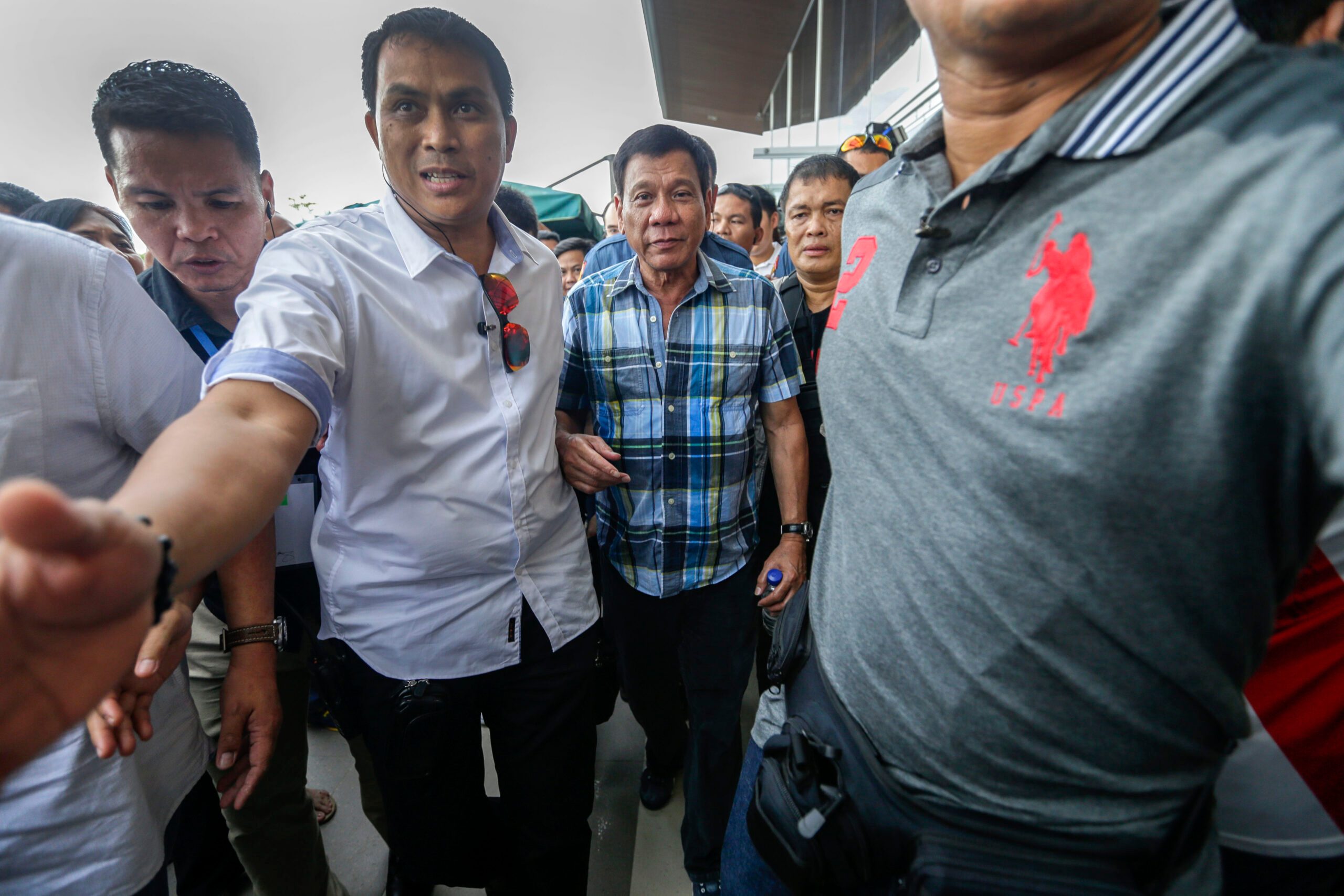 DAVAO CITY, Philippines – President-elect Rodrigo Duterte revealed another aspect of his plan to suppress drugs: arm select people in each barangay to crack down on drug syndicates.

He said he would give guns to people with experience in handling firearms to help barangay officials deal with the spread of drugs.

These people would be limited to ex-soldiers or those who have received Reserve Officers’ Training Corps (ROTC) training.

They must have “at least the barest minimum of gun handling and law enforcement but there will be classes for them,” Duterte said on Monday, May 16.

This additional layer of law enforcement would be under the supervision of the barangay captain “para hindi matakot” (so they don’t get scared). But, administratively, they will report to the police precinct commander or station commander in their area, added Duterte.

The president-elect, who called his plan to suppress crime and drugs a “sacred promise” to the Filipino people, said the “war against drugs must start in the barangay level.”

“The reason why there is a flooding and proliferation of drugs is because of the inutility of the barangay captains. It starts from there. Sila ang nagakilala ng mga tao (They know the people into drugs),” he said.

This nationwide plan appears to mirror policies in Davao City in which barangay captains were told to keep a list of people involved in drugs in their area. (READ: Dissecting and weighing Duterte’s anti-crime strategy)

Police would then step in to warn people on the list. Even Duterte, during his weekend show, Gikan Sa Masa Para Sa Masa, has been known to read out names from a list.

The existence of such a list and the fact that people in it would end up dead after a few days has given rise to the suspicion that Duterte used death squads to rid the city of petty criminals.

Duterte has denied such charges, saying he has only shot criminals who put up a violent resistance.

Duterte has vowed to make the crackdown on drugs a central part of his presidency, saying the spread of illegal drugs has reached alarming levels. Before the May 9 elections, surveys have shown fixing the drug problem was one of the top concerns of voters. – Rappler.com