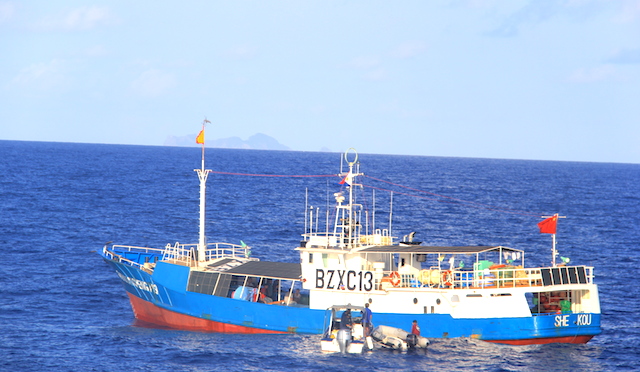 The BFAR said its joint team with the Philippine Coast Guard (PCG) nabbed the Chinese vessels  around 3 pm Monday, May 16.

The team was aboard BFAR patrol vessels conducting a routine check when it chanced upon Chinese fishing vessels Shen Lian Cheng 719  and Shen Lian Cheng 720, with 12 and 13 crewmembers, respectively.

Upon inspection, documents provided by the crewmembers showed that the vessels are registered with China and had no authorization to traverse Philippine waters. 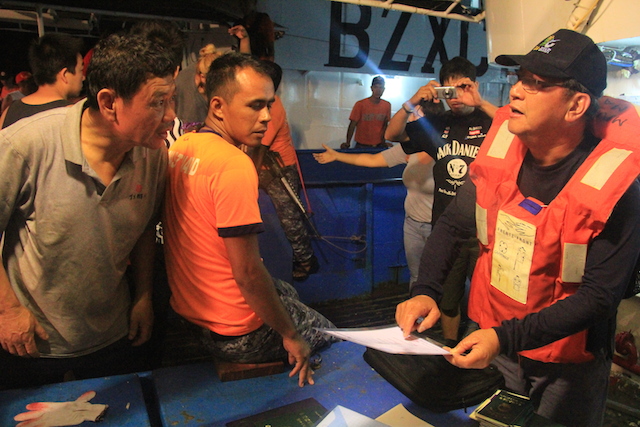 The fishing vessels were escorted to the Batanes capital, Basco, for further investigation.

“Based on existing rules, the fact that both foreign fishing vessels were flying the Philippine flag gave rise to the presumption that they are engaged in poaching, as there seems to be an attempt to conceal the vessels’ true identity to enable themselves to engage in fishing activity in Philippine waters,” said BFAR Director Asis G. Perez, who is Agriculture Undersecretary for Fisheries.

“We will ensure, however, that the incident will be thoroughly investigated following the proper procedures,” Perez added.

He said that BFAR has informed the Department of Foreign Affairs about the incident, and requested for official interpreters to aid in the investigation in Basco.

Perez also said that the DFA will formally notify the Chinese Embassy about the incident.

He said authorities have asked state prosecutors to file illegal fishing charges against the Vietnamese, who were detained on Thursday off Calayan island, 122 kilometers  south of Sabtang.

Poaching carries a fine of up to $1 million under Filipino law, Perez said.

No charges have so far been filed against the Chinese fishermen.

The Philippines, along with Brunei, Malaysia, Vietnam and Taiwan, is in dispute with China over its expansive claims to most of the South China Sea.

The Philippines has taken China to a UN-backed tribunal over the dispute, with a ruling expected in the middle of this year. Beijing has said it does not recognize the case.

The Philippines has stepped up efforts to stop the activities of foreign poachers in its waters. Last year, the government purchased 100 new patrol boats to protect its fisheries and marine resources from poachers.

Efforts to fight poachers strained Philippine relations with a couple of its neighbors.

In 2013,  a  shootout between PCG personnel and Taiwanese fishermen in Balintang Channel, off the coast of Batanes, left one Taiwanese crewmember dead. The Balintang incident strained relations between the Philippines and Taiwan, and left up to 16,000 Filipinos temporarily jobless in 2013. (READ: Standing firm against Taiwan’s strong-arm tactics)

In 2014, a Philippine court found 9 Chinese fishermen guilty of poaching and environmental crimes for fishing in disputed waters, in a case that has strained relations with China. They were arrested in May of that year, and fined $100,000 each for poaching with an additional P120,000 ($2,730) fine for catching an endangered species. – with a report from Agence France-Presse/Rappler.com