What’s behind the high voter turnout? 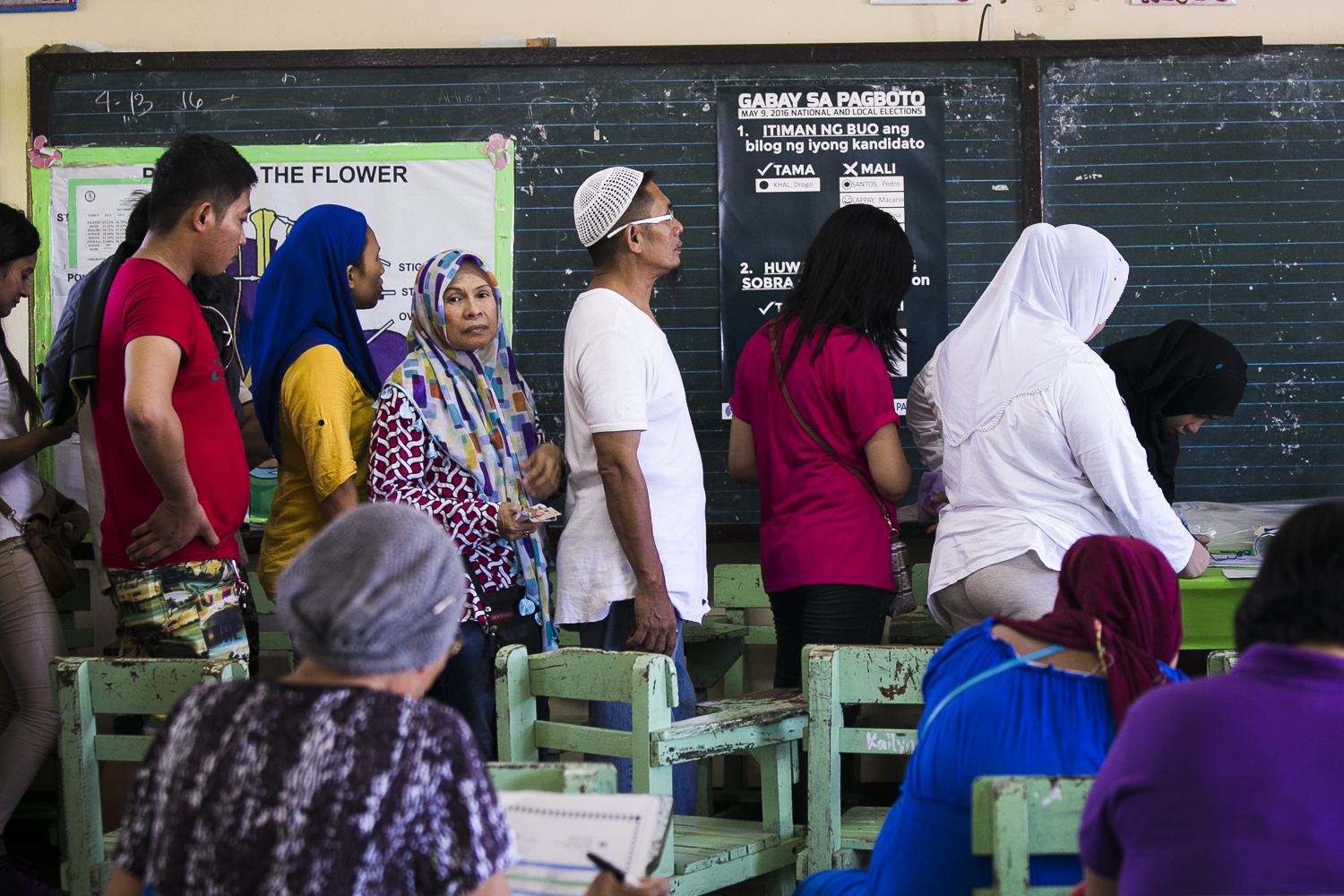 MANILA, Philippines – On the evening of election day, May 9, the Commission on Elections (Comelec) announced that 84% of 54,363,329 Filipino voters trooped to polling precincts.

Some watchdogs have viewed high turnouts with suspicion, seeing it as a possible indicator of poll cheating. But a sociologist believes the personalities of this year’s candidates may have influenced more voters to troop to their polling precincts.

Turnout over the years

In a previous report, Rappler’s Jodesz Gavilan wrote that voter turnout has been fluctuating despite the increase in number of registered voters.

The succeeding years saw both increases and decreases in voter turnout. But ever since the Philippines shifted from manual to automated polls in 2010, figures have been on the rise.

This year, the nationwide voter turnout is at 84%.

The spreadsheet embedded below shows voter turnout rates and the corresponding number of precincts per region. The data are based on the partial and unofficial results of the Comelec’s Transparency Server, which was updated last May 18.

If you click the “% regions” tab, you will find the ratio of precincts in each region per turnout rate. Darker shades mean more precincts reported at that turnout rate.

Compared to past polls, more precincts reported above 90% turnouts in this year’s elections.

Meanwhile, most precincts in the Autonomous Region in Muslim Mindanao (ARMM) reported a 95-99% voter turnout – higher than the average turnout per region of 80-84% or 85-89%.

The ARMM also has the highest number of precincts among regions with a 95-99% turnout. It is followed by Northern Mindanao (83 precincts), Cordillera Autonomous Region (62), and Soccsksargen (56).

Among regions, the ARMM also has the most number of precincts with a full voter turnout at 66 precincts. Northern Mindanao (9) and CAR (6) follow suit.

Jayeel Cornelio, sociologist and director of the Ateneo de Manila University’s Development Studies Program, told Rappler that the high voter turnout could have been driven by the character of the candidates.

The 2016 polls is considered one of the most contentious elections in the Philippines.

Cornelio said Duterte articulated the frustrations of many people and was able to connect with the youth.

“Rodrigo Duterte is a charismatic figure while Senator Grace Poe [serves] as an alternative to Vice President Binay,” he added.

Asked about the role of social media in this year’s polls, Cornelio said engagement still boils down to candidates’ personalities.

“The role of social media has been to provide a platform for supporters to express their opinions in favor of or against the candidates. But this is even dependent on the quality of candidates at hand,” Cornelio told Rappler.

Since 1992, the 1998 presidential elections has had the highest turnout at 86%, followed by this year’s 84%. – with research from Wayne Manuel/Rappler.com