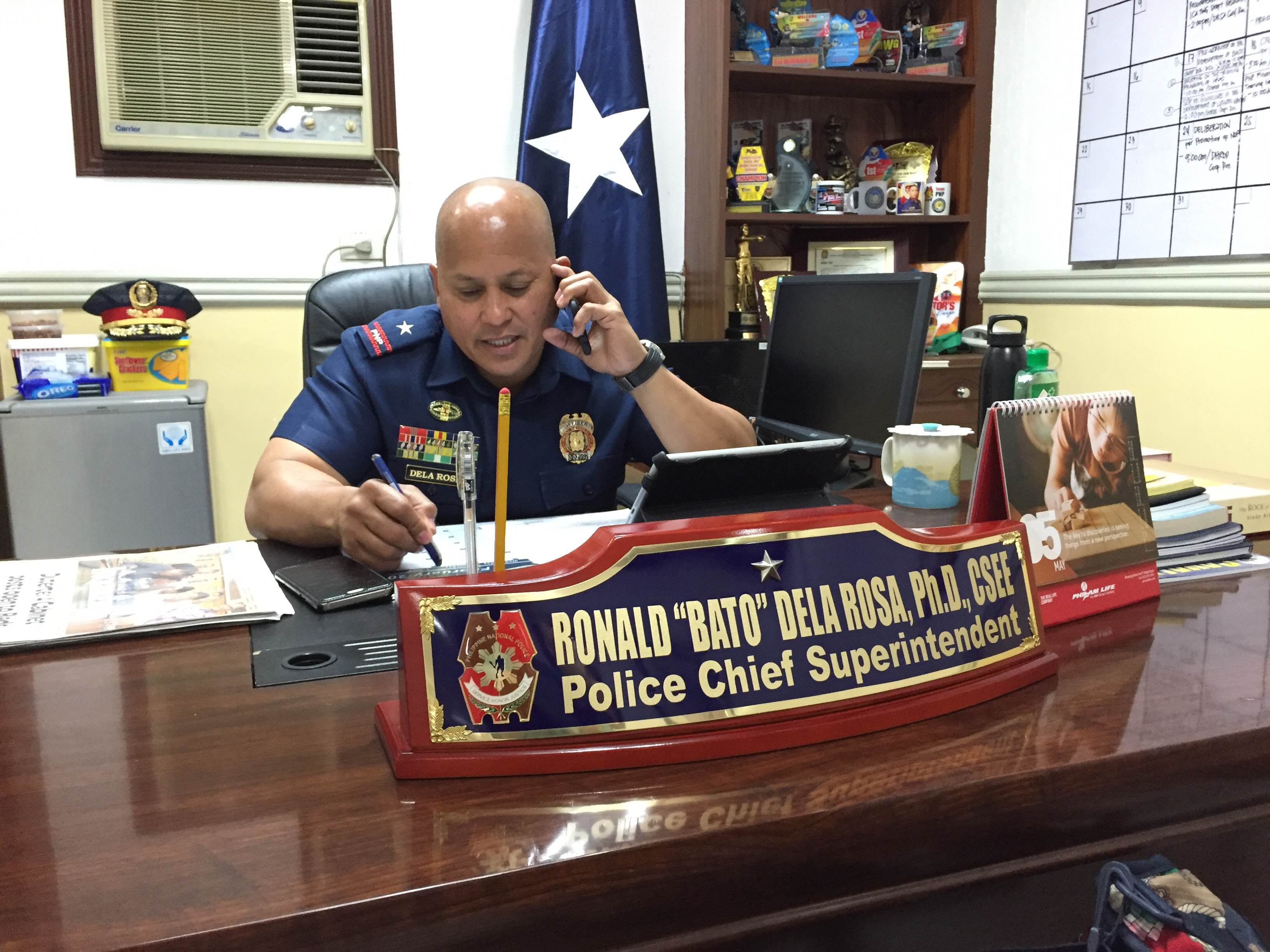 MANILA, Philippines – Chief Superintendent Ronald “Bato” dela Rosa is not used to getting attention. He recalled a time when he could walk around the streets of Davao City or even Camp Crame in Quezon City and elicit only the customary hello – if he’s lucky.

Things have changed the past few days, the 54-year-old one-star general told Rappler.

People – even those inside moving vehicles – stop their tracks to take a selfie with or say hello to Dela Rosa, president-elect Rodrigo Duterte’s choice to head the 160,000-strong Philippine National Police (PNP).

Duterte’s executive assistant Bong Go made the official announcement on Wednesday, May 18: the former Davao City police chief takes over the entire PNP at the same time that his “mentor,” the longtime Davao mayor, takes on his biggest role yet as president and commander-in-chief

Dela Rosa has a daunting task. One of Duterte’s key campaign promises is to eradicate – or “suppress” – crime in 3-6 months.

Marching orders to run after criminals are nothing new to Dela Rosa, who was Davao City police chief from January 2012 to October 2013, spanning the terms of Duterte’s daughter Sara and Duterte himself.

One of his key missions then, Dela Rosa told Rappler, was to stop the use and sale of illegal drugs in the city. Oplan TukHang (Tuktok-Hangyo) saw the Davao police going door-to-door, knocking on the homes of known drug dealers and users.

Cops would warn drug dealers and users to reform – or else.

“It worked,” a beaming Dela Rosa recalled, noting that drugs went down by at least 60% because of the operation. 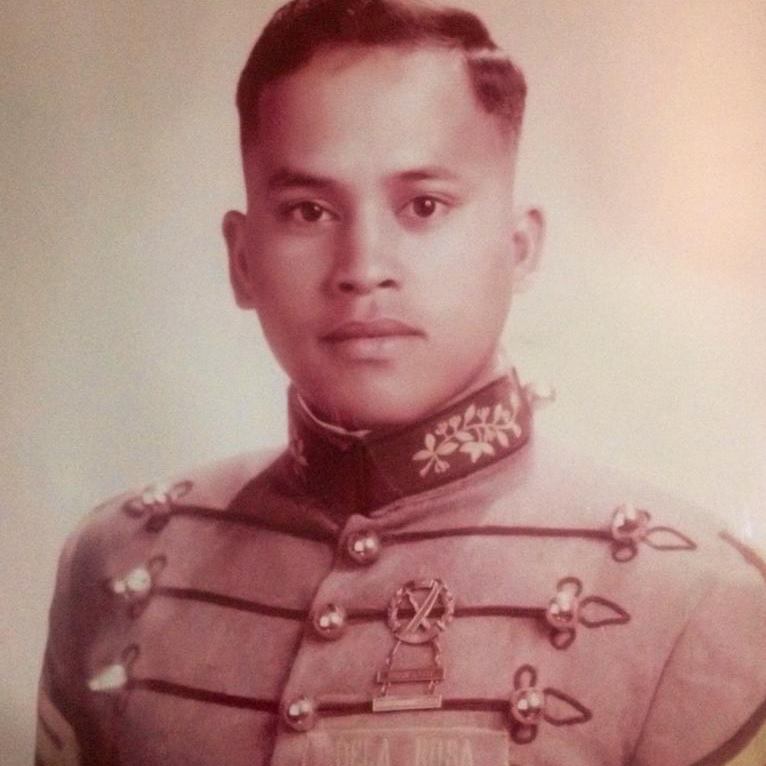 But the task will be harder a hundredfold at a national scale. While Davao City was home to almost 1.5 million people when Dela Rosa was its city director, the entire PNP is tasked with safeguarding over 100 million Filipinos.

The mayor and his choice cop

Davao in 1986 is where Dela Rosa and Duterte’s paths crossed.

Dela Rosa, then a young lieutenant of the now-defunct Philippine Constabulary in Davao, entered the force when Duterte was appointed acting vice mayor of the city in the aftermath of the EDSA People Power Revolution that toppled the Marcos dictatorship.

The two grew close, with Duterte even standing as principal sponsor when Dela Rosa got married.

The personal ties got the one-star police general in hot water days before the election day on May 9. Tasked to command the PNP-reactionary standby support force at Camp Crame, Dela Rosa was sacked a week before the polls after he went public with his sentiments in favor of the presidential candidate.

In a public post on his Facebook page tagging known Duterte supporters, he wrote: “Those who will cheat and will manipulate this May 9 elections, be warned! We will crush you!”

In a previous post, Dela Rosa had nothing but warm words for his ninong.

You have been the greatest influence in my career. I never feared to enforce the law and prevent crimes because you are…

“I never feared to enforce the law and prevent crimes because you are always there watching my back. To the greatest leader on Earth, Mayor RRD, happy birthday Sir!” he wrote.

The president-elect has referred to Dela Rosa as trustworthy and intelligent.

Decades of working with Duterte, Dela Rosa told Rappler, means that sometimes, he doesn’t even need verbal instructions from the Davao mayor.

Their level of understanding is almost telephathic, according to the police general.

Dela Rosa describes Duterte as a boss who is “hands on” but doesn’t micromanage. Details of police operations are minor – it’s the results that Duterte is always after.

While Dela Rosa’s pending appointment did not surprise Camp Crame officials, it has raised some eyebrows.

His taking on the highest post in the police force means his upperclassmen – from the Philippine Military Academy classes of 1983, 1984 and 1985 – will miss their chance at the PNP’s top post.

Assuming he begins his stint by July 2016, Dela Rosa would serve as PNP chief for at least 1 and a half years.

Purisima was appointed chief of the PNP in late 2013 and was not set to retire until November 2015, which meant an almost 2-year-old term. But Purisima was suspended in December 2014 and later, dismissed by the Ombudsman over a supposedly shady deal in Camp Crame.

Current PNP chief Marquez is set to retire in August 2016 yet, but the 4-star general had earlier said he would hand in his courtesy resignation to whoever wins the presidency. Sources indicate Duterte is inclined to accept Marquez’ resignation.

While his relatively longer term will give a chance for him to see the completion of projects and programs through, it’s Dela Rosa’s first 6 months as PNP chief that will grab the most attention, given Duterte’s campaign promise.

Aside from his ties to the incoming president, the Santa Cruz, Davao del Sur native brings with him decades of experience in various Mindanao or Davao-based posts.

Dela Rosa rose up the ranks from battalion commander, head of regional units, until he was assigned provincial director of Compostela Valley and later, Davao del Sur before being appointed city director of Davao City. He has a doctorate in Development Administration from the University of Southeastern Philippines.

Prior to his current post as Executive Officer of the Directorate for Human Resource and Doctrine Development at Camp Crame, Dela Rosa held different posts in the PNP’s Intelligence Group from October 2013 to November 2015. 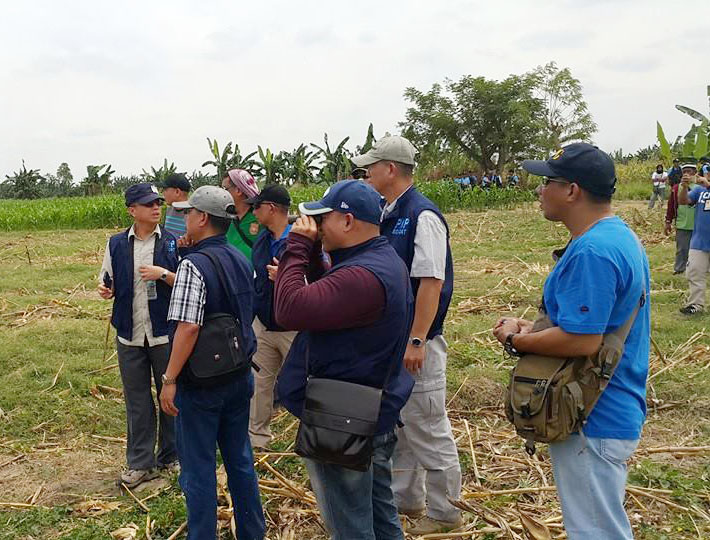 Dela Rosa was also among the officers tasked to probe the controversial clash between armed rebels and members of the PNP Special Action Force (SAF) in Mamasapano, Maguindanao.

As a member of the Board of Inquiry – Operational Audit Team for the bloody Mamasapano incident, Dela Rosa helped draft the report that would pinpoint President Aquino, sacked PNP chief Purisima, and former SAF chief Getulio Napeñas’ blunders in the lead-up to the clash.

The Mamasapano clash is one of the bloodiest one-day operations in PNP history and the worst crisis to hit Aquino in the last phase of his administration. It is an incident that any police boss, especially one who took part in investigating it, would avoid repeating. – Rappler.com