A month before term ends, Miriam ‘still on leave for cancer’ 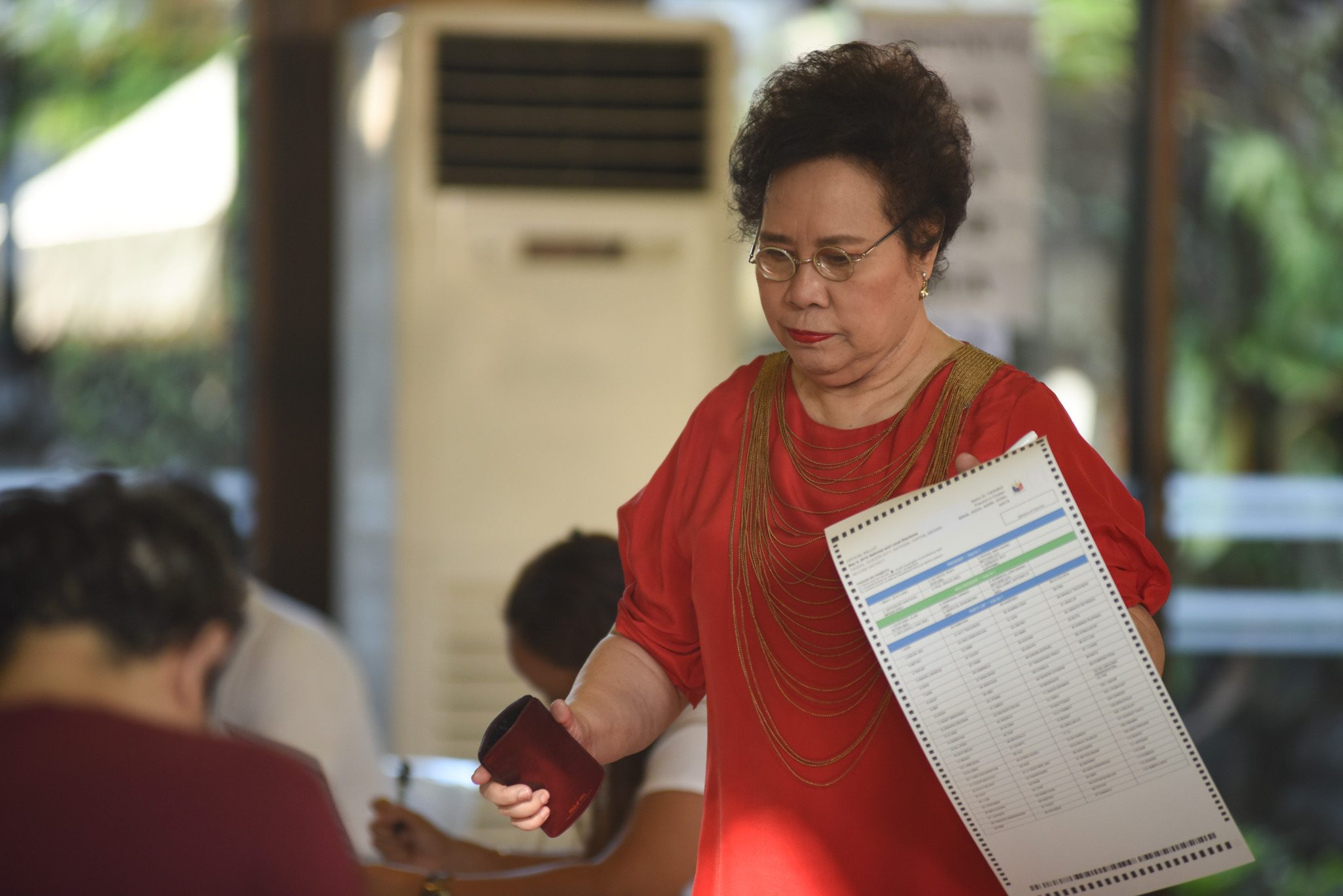 MANILA, Philippines – While her battle for the presidency is done, Senator Miriam Defensor Santiago’s fight against cancer is not yet over.

On Tuesday, May 24, Santiago wrote Senate President Franklin Drilon informing him that she “shall continue on medical leave for cancer.”

She did not say until when. But the Senate will conduct sessions only until June 10 while the term of outgoing senators such as Santiago will officially end on June 30.

Santiago said one medicine she is taking causes anorexia or the inability to eat.

“One of the medications has produced a side effect of anorexia (inability to eat), which renders me physically and mentally weak,” Santiago said.

Santiago, who ran for president, hardly campaigned on the ground due to health reasons. She relied heavily on social media and her youth supporters to campaign for her. She also skipped the second presidential debate in Cebu for a clinical trial for a new cancer drug.

Some viewers had also expressed concern for Santiago during the debates, as they noticed that the usual feisty and sharp senator was struggling for words on several occasions.

Despite her condition, Santiago told Drilon that she and members of her team are ready to leave their Senate offices by June 30.

In the partial and unofficial results as of May 18, Santiago ranked last out of 5 presidential candidates, with over 1.4 million votes.

Here is the letter: 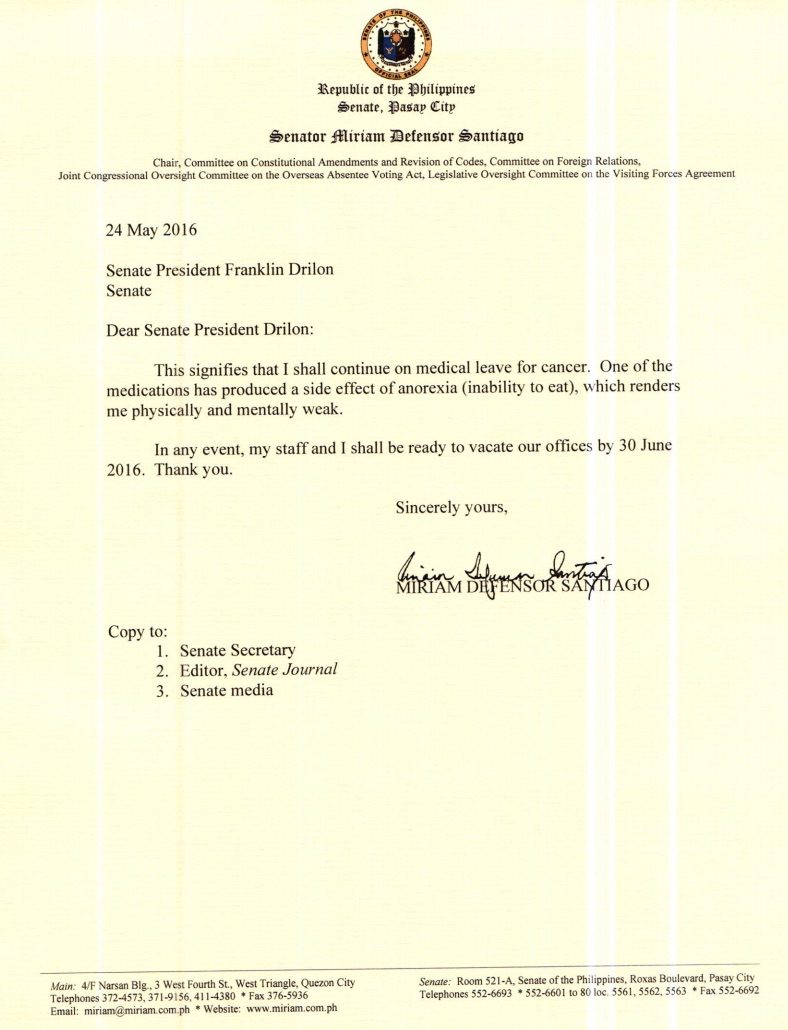