Day 12 ‘tragic’ for the defense

MANILA, Philippines – “Tragic.” This was how the defense described the impeachment court’s resolution that allowed the subpoena of Chief Justice Renato Corona’s bank records.

On Day 12, the prosecutors for their part, said the court’s decision — reached after a caucus among senator-judges that lasted more than an hour — was “damaging” for the defense.

The prosecution submitted on Friday, February 3, a supplemental request that sought certain bank records of Corona, particularly an alleged US$700,000 account with PSBank Katipunan branch in Quezon City. (At P43 to the dollar, this is equivalent to roughly P30-M.) Besides PSBank, the prosecution also sought the submission of records with the Bank of the Philippine Islands on Ayala Avenue in Makati.

Members of the defense team said they are disheartened by the decision because it violates the Bank Secrecy Law and the Foreign Currency Deposit Act. Republic Act 1405, the Bank Secrecy Law, guarantees confidentiality of bank deposits. Impeachment cases and cases that involve court orders relating to bribery or dereliction of duty of public officials, are excluded by the law from the confidentiality.

On the other hand, Republic Act 6426 or the Foreign Currency Deposit Act, also specifies that all foreign currency deposits are “absolutely confidential” in nature, and may not be examined or looked into except upon the written permission of the depositor.

The defense said the prosecution does not have a relevant reason for their request of the subpoena. Nor is there a specific transaction to point to that could warrant the subpoena.

No need for bank accounts

The prosecution’s strategy, according to the defense, indicates another stab at Article 2.4 which delves on Corona’s alleged ill-gotten wealth. This was taken out by the court after the defense argued it is completely irrelevant to the case. They have repeatedly pointed out that the Chief Justice’s alleged ill-gotten wealth is not specified in the impleachment complaint.

Salvador added they are concerned about propaganda and are “unhappy” that a motion for reconsideration will not be entertained by the impeachment court.

Reacting to the prosecution’s argument that an innocent Chief Justice would have nothing to hide, and should thus consent to the release of his own bank accounts, defense counsel Judd Roy III said this was “sophomoric” and “amateur.”

Such a way of thinking, he added, is not the legal way and is an example of “a lawyer misleading the public.”

Defense spokesperson Karen Jimeno, for her part, warned that an assertion like that would make it easy for people to trample on others’ rights.

“Madaling gawing excuse iyan,” she said. “In the meantime, hina-harass mo yung tao, pagdating doon wala naman palang nagkasala. Yan ang nangyayari sa Chief Justice.” (It’s easy to make that an excuse. In the meantime, you harass the person, only to find out that he did not do anything wrong. This is what is happening to the Chief Justice.)

Reacting to the testimony of BIR Commissioner Kim Henares, the prosecution thought it was powerful, but Corona’s defense counsels thought otherwise.

“Her testimony has little weight as evidence,” said Roy. “It may look to a lot of viewers that she was an intelligent witness but if you pick apart her testimony, she disproved her credibility herself.”

Roy cited Henares’s reply when asked by lead counsel Serafin Cuevas about correcting mistakes made on the Statement of Assets, Liabilities and Net Worth (SALN). She said she personally doesn’t believe in correcting entries  since this makes the filing of the SALN under oath a “useless exercise.” And yet, insisted Roy, corrections on SALNs are considered legal.

Henares, he said, proves that she has “an intellectual bias against the position of the Chief Justice.”

Her theory and the values she presented to the court were “as simple as a cheese pizza,” said Roy. She testified only on Income Tax Returns (ITRs), according to him, emphasizing that there are cases when incomes can be excluded from ITRs.

This is precisely why public trials are discouraged, as the “public is untrained” to make sense of what they hear from witnesses. They could end up with wrong interpretations of testimonies.

The defense was also disbelieving of the explanation of prosecutor Rep Reynaldo Umali when the latter was asked how his panel got hold of a copy of Corona’s bank records. The prosecution explained it was an “anonymous source” who handed them the bank details. The source was described by Umali as a “small lady.” 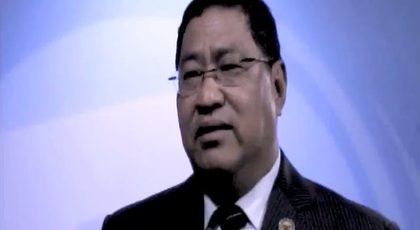 The tip led them to ask the court to subpoena the original bank accounts.

Salvador said Corona has the right to know why his records were released.

In a fit of obvious frustration, Roy likened the hearing to a fairy tale. “Last week we saw Pinocchio lying on the stand. This week we have Snow White where the little old lady gave an apple, and now we have Shrek telling us the story is on the stand.” – Rappler.com