What will happen in Duterte, Robredo proclamation? 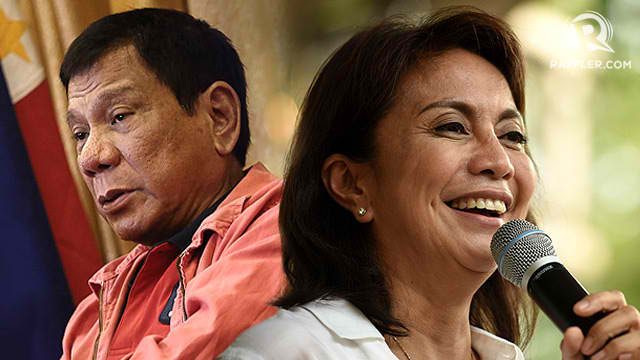 MANILA, Philippines – Before the new administration officially takes over on June 30, there’s the proclamation of the newly-elected president and vice president.

The proclamation will be held on Monday, May 30, after Congress – which served as the National Board of Canvassers (NBOC) – completed the official count of votes for president and vice president last Friday, May 27.

But while the June 30 inauguration involves a lengthy ceremony, the proclamation will just be quick.

In a radio interview on Sunday, May 29, reelected senator Franklin Drilon described the proclamation as a very short process.

He said that on Monday, the Senate and the House of Representatives will reconvene as the NBOC at 2 pm. The joint committee which did the canvassing will then submit a final report for the NBOC’s approval.

“Within one hour’s time, we’ll be done with the proclamation. After one hour from convening, we will have a new president-elect and vice president-elect,” Drilon said.

There’s no need for Duterte and Robredo to deliver speeches in Congress after their proclamation, according to Drilon.

“The tradition is, we will just raise their arms,” he said.

However, Duterte does not want to attend the proclamation, calling it “corny.”

The senator added that when the canvassing of votes ended on Friday, he and House Speaker Feliciano Belmonte Jr signed and sent the formal invitation for Monday’s proclamation to Duterte and Robredo.

“Whether he accepts it or not, it’s the personal position of Duterte,” he said.

The proclamation comes after one of the quickest canvassing of votes for president and vice president in Philippine elections. The official canvassing lasted only 3 days. – Rappler.com