Jun 1, 2016 9:03 AM PHT
Agence France-Presse
Facebook Twitter Copy URL
Copied
Duterte heaps the praise on Xi Jinping in response to questions about a message the Chinese president sent to congratulate him on winning this month's election 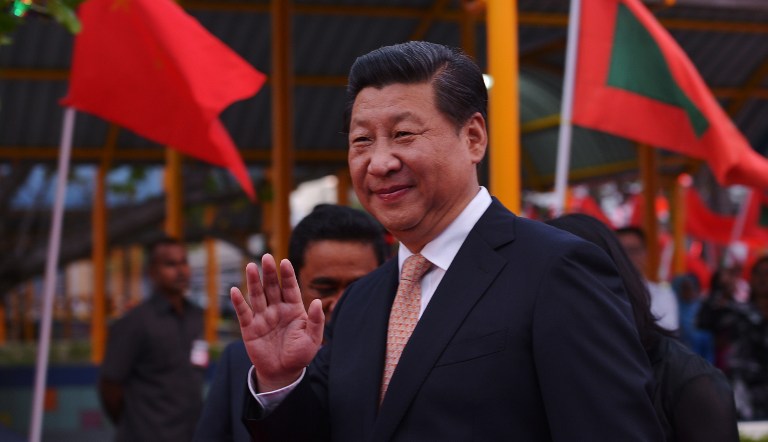 Duterte heaped the praise on Xi in a news conference in response to questions about a message the Chinese president sent to congratulate him on winning this month’s election.

But the longtime mayor of the southern city of Davao, who has been criticized for lacking foreign policy experience, appeared unsure of Xi’s title.

“I was honored, receiving a congratulatory message from a great president, uh prime minister,” Duterte said.

The Chinese foreign ministry said Monday, May 30, that Xi wrote to Duterte after his victory, a standard diplomatic tradition for heads of state.

China’s official news agency Xinhua reported that Xi hoped the two sides would “get bilateral relations back on the track of sound development”.

Chinese-Philippine ties soured during the 6-year term of outgoing President Benigno Aquino, whose government sued China before a United Nations tribunal over its claims to most of the South China Sea.

A ruling is expected in the coming weeks, with the Philippines’ response to it likely to be left to Duterte, who takes office on June 30.

In contrast with Aquino, Duterte has said he is willing to engage China in bilateral talks on the issue. Yet he has also played to nationalist sentiment by saying he would ride a jet ski to plant a Philippine flag on disputed islands in the sea.

Duterte also emphasized on Tuesday that he would not be fully reliant on the United States, the Philippines’ former colonial ruler and most important military ally.

“We will be chartering a course of our own. It will not be dependent on America, and it will be a line not intended to please anybody but the Filipino interest,” he said. – Rappler.com