Jun 15, 2016 9:00 AM PHT
Facebook Twitter Copy URL
Copied
Among all the presidents after Martial Law, it was Aquino who vetoed the most number of bills, followed by President Fidel Ramos 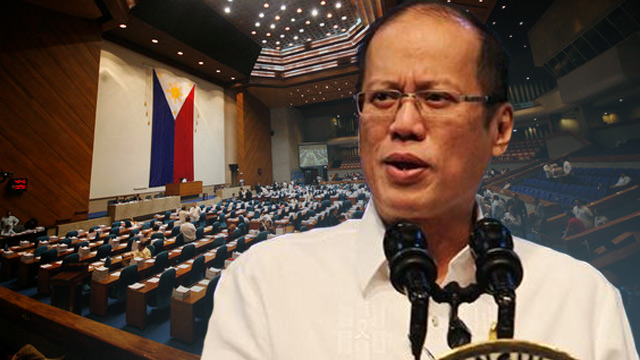 MANILA, Philippines (2nd UPDATE) – In President Benigno Aquino III’s 6 years in Malacañang, he vetoed 81 bills passed by both the Senate and House of Representatives.

Among all the presidents after Martial Law, it was Aquino who rejected the most number of bills, followed by former President Fidel V. Ramos with 51 measures.

It was during the 15th Congress (2010-2013) that the President vetoed most measures, a far cry from his 3 vetoed bills during the 16th Congress (2013-2016). Among them were the P2,000 monthly increase for SSS pensioners and the pay hike for entry-level nurses.

While most of the vetoed measures were local bills seeking to change names of roads and to convert local to national roads, others were also crucial and controversial that his decision to reject them sparked public uproar. Among them were the Magna Carta for the Poor, the Rights of Internally Displaced Persons Act, and the SSS pension hike.

Palace Communications Secretary Herminio Coloma Jr acknowledged that it was indeed Aquino who rejected the highest number of bills among all presidents.

In defense, he said, most of the vetoed measures were local bills and that there was no need for most of them.

“President Aquino vetoed a total of 80 bills, of which 60 were local bills including 58 bills on road conversions from local roads to national roads that would have ended up unfunded because these were deemed technically deficient and should not have been converted in the first place,” Coloma told Rappler in a text message.

Unfunded laws are those that have been signed into law but do not have the necessary funding. These measures ultimately end up being placed at the backburner, as they can only be implemented once government finds additional fund sources.

Most lawmakers blamed the Presidential Legislative Liaison Office (PLLO), specifically PLLO Secretary Manuel Mamba, for the huge number of presidential vetoes. Some senators even sought the removal of Mamba but to no avail. (READ: PLLO chief enjoys Aquino’s trust – Valte)

After all, they said, Mamba failed to fulfill his crucial function of coordinating between the two houses of Congress and the Office of the President.

Mamba and then Senate President Juan Ponce Enrile have been bitter rivals in local politics in Cagayan province for decades.

The former admitted he rarely went to the Senate because Enrile didn’t want to see him there. Mamba earlier told Rappler that since he became PLLO chief, coordination with the Senate was done through Undersecretary Antonio Gallardo “because the Senate President refused to deal with me because of our political differences in Cagayan.”

Mamba, however, also argued that it was the lawmakers’ fault if their pet bills were rejected by Aquino. Some bills, he added, contained inconsistencies with the administration’s priority legislative agenda. The President, he maintained, does not like signing bills into law without studying it or without asking inputs from concerned agencies.

Here are the significant, and sometimes controversial, measures rejected by the President:

This was the first measure vetoed by Aquino.

The bill sought to establish a 3-year fixed term of office for the CSAFPs “to give due recognition to the significance of the position of the chief of staff of the AFP in order to promote the stability of the AFP as an institution thereby enabling it to perform its constitutional mandate.”

Presidents, in practice, appoint AFP chiefs of staff for a term of at least one year. (READ: Fixed term for AFP chief staff: Why it’s needed)

In his veto message, Aquino said that the bill runs counter to Article 16, Section 5 of the 1987 Constitution, which states that “laws on retirement of military officers shall not allow extension of their service.”

Aquino explained that the bill allows the deferment of the retirement of the AFP chief, army, air force and navy commanders for the sake of meeting the 3-year fixed term requirement.

Magna Carta for the Poor

Aquino refused to sign into law the Magna Carta for the Poor, which aims to ensure equal access to the rights of the poor by giving them equal access to basic rights and government services.

He said he found several provisions of the proposed law unrealistic, like the right to shelter, which would cost the government at least P2.32 trillion. In 2013, the government had a Congress-approved budget of only P2.006 trillion.

The President also said he does not agree with a provision that will allow those covered by the proposed law to sue the National Housing Authority (NHA) if it fails to provide housing units.

Because of his rejection of the pro-poor measure, Aquino was dubbed as “elitist” by critics.

While the President agreed with the law’s intent to address height equality in the 3 agencies, he said he was “seriously apprehensive of the concerns” raised by the Philippine National Police and Bureau of Jail Management and Penology on the safety of their personnel and of the public. (READ: Aquino says ‘no’ to short cops)

“As raised by the BJMP, jail officers, by the nature of their work in guarding detainees or escorting criminals, must possess the necessary physical attributes to perform their functions effectively,” he said in his veto message.

Aquino maintained that a waiver of height qualifications (5’4” for males and 5’2” for females) has been allowed for certain instances.

“Hence, the total repeal of the height requirement among these service bureaus is unnecessary,” Aquino said.

Bill on the rights of internally displaced persons (IDPs)

Aquino vetoed a bill seeking to protect the rights of persons internally displaced by armed conflict, violence, and natural disasters.

He objected to a provision allowing internally displaced persons (IDPs) to claim financial assistance and compensation from the government, saying it “opens the door to a slew of claims or cases against the government and goes against the ‘non-suability’ character of the State.”

Aquino also raised concerns over the constitutionality of additional powers that the bill provides to the Commission on Human Rights (CHR). The President said the power granted to the CHR to determine damages incurred against IDPs impinges on the judiciary’s exclusive power to facilitate the award of such claims.

Aquino also said the additional powers exceed those which the Constitution intended to provide the CHR, which was “conceived as an investigative and recommendatory agency.”

The president rejected the measure mandating a P2,000 ($41.85)-hike in the monthly pension of Social Security System (SSS) members in 2015, saying it will bring more harm than good to most pensioners.

In his veto message, the President said that while he understands the objective of the proposed measure, it would have “dire financial consequences” for the entire SSS membership in the long run.

The President explained that the proposed pension increase per retiree, multiplied by the more than two million pensioners, is equivalent to a total payout of P56 billion ($1.17 billion) per year.

Given the projected deficit, Aquino said the SSS “will be constrained to draw from and use its Investment Reserve Fund (IRF) to support the pension increase. Consequently, the IRF will diminish over the years, eventually reaching zero by the year 2029.”

“The stability of the entire benefit system, whose present membership comprises about 31 million individuals, will be seriously compromised in favor of two (2) million pensioners and their dependents. In view of these considerations, I am constrained to veto the abovementioned enrolled bill,” he said.

Critics slammed the President for his “heartess” and “anti-poor” decision. The issue was so controversial that it was used as an elections issue, mostly by the rivals of administration standard-bearer Manuel “Mar” Roxas II.

But Aquino stood by his decision, saying it was the right thing to do. He said he would rather be called “heartless” now than “careless and heartless in the future.”

(So, I’m “heartless” now. If by 2027 it goes bankrupt, the more than 30 million members would be calling me “careless and heartless” at the same time.)

Lawmakers vowed to override the presidential veto with little time left for the 16th Congress but so far failed to do so. – Rappler.com