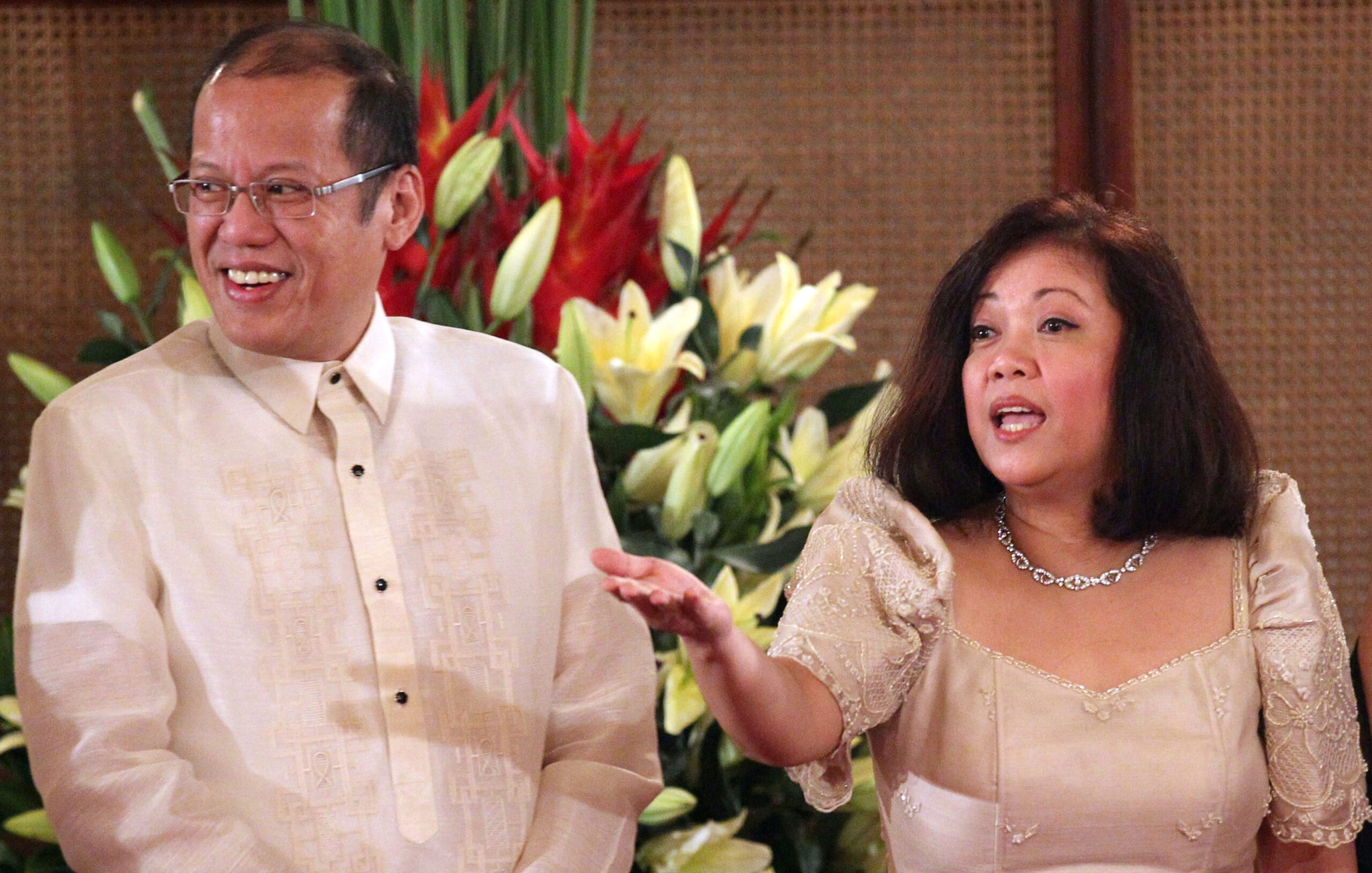 Facebook Twitter Copy URL
Copied
'My hope is that when I leave office, everyone can say that we have traveled far on the right path, and we are able to bequeath a better future to the next generation'

Things will change, he promised.

That he turns over his administration to another president who vowed the same is not lost on Philippine President Benigno Aquino III. He can look at this as a harsh indictment of his presidency. Or he can say it’s the best proof that change is, indeed, an endless wish for a nation of over 100 million people.

The Aquino Legacy | Rappler looks back on the presidency of Benigno Simeon Aquino III – its successes, its failures, and its legacy | Read more >>

“My hope,” Aquino said in his inaugural address on June 30, 2010, “is that when I leave office, everyone can say that we have traveled far on the right path, and we are able to bequeath a better future to the next generation.”

The path was off to a good start.

Thrust to the 2010 presidential campaign by the massive outpouring of grief over the death of his mother, democracy icon former president Cory Aquino, the Aquino heir became a reluctant, awkward candidate who had the presidency in the bag long before election day. In many ways, his campaign mirrored that of Rodrigo Duterte’s – riding on people’s frustration with corruption and inefficiency, promising change in how things are done. Aquino was the anti-thesis to what the then outgoing Arroyo administration had stood for: excess in how power was wielded and abuse in how state resources were used.

In May 2010, more than 15 million Filipinos voted for him, representing 42% of the total votes cast in that race. This remains – to this day – the biggest win by any plurality president in the post-Marcos era.

“Kung walang kurapt, walang mahirap.” If no one is corrupt, no one will be poor.

It’s a big promise that Aquino tried for 6 years to fullfill, limited by his own definition of who was corrupt and constrained by the sheer magnitude of the problem of the country’s poor.

He sacked or jailed some big guns, appointed fiercely independent-minded people to constitutional bodies, and set up a system that doled out cash to the poorest of the poor on condition they send their children to school and do their part in the community.

Aquino was the anti-thesis to what the then outgoing Arroyo administration had stood for: excess in how power was wielded and abuse in how state resources were used.

Aquino promised to put the Philippines back in the game, and he did so in the first half of his term, projecting to the rest of the world a political and business environment that encouraged fair play. And the world responded, either through improved credit and business climate ratings, or more partnerships and investments.

He tried to walk the talk, too. The bachelor president navigated Metro Manila’s choked streets without “wang-wang (sirens),” traveled abroad light, disclosing every single penny he spent on official trips, and went out on dates in regular restaurants that the middle-class taxpayer could afford.

After initiating the first-of-its-kind impeachment proceedings against Chief Justice Renato Corona over his close ties to former president Gloria Macapagal Arroyo, Aquino took the bold step of naming not only the first female chief justice in the Philippines but also one who would enjoy a long term of 18 years: Maria Lourdes Sereno.

It is to his credit that in the end, on the issues and decisions that mattered, the two women did not see the need to pay him back, and Aquino did not expect them to. They have since decided against him, his policies, and his friends.

If Aquino had his way, though, it would not have been enough to merely clean up government after Arroyo. He had preferred that those who raped its coffers be punished as well.

“To those who talk about reconciliation, if they mean that they would like us to simply forget about the wrongs that they have committed in the past, we have this to say: there can be no reconciliation without justice,” Aquino said in his inaugural address.

But the Supreme Court, then headed by Corona, quashed his plan to form a truth commission that would have looked after the bad contracts and other violations committed under the Arroyo administration. Aquino knew Filipinos have short memories, said one of his former Cabinet secretaries in explaining why he wanted the Arroyo administration probed at full length. He wanted people to have a deeper understanding of how poorly run government projects and policies were.

Ironically, it is the mediocre work of some of his men that fueled yet another thirst for change, as he ends his 6-year term.

He would be told that perhaps he was already overdoing it. But he would remind his advisers that Filipinos needed history and context.

Which is probably why, even as he owed Juan Ponce Enrile his vote in the impeachment trial of Corona, and even as he publicly patronized the martial law architect at the launch of his controversial book in 2012, Aquino didn’t lift a finger when the Ombudsman threw the book at Enrile and jailed him, along with two other senators, for the pork barrel scam.

Yet, while he chose not to make peace with his enemies, Aquino mustered all state resources and his own political capital to make good on his promise to pave the way for lasting peace in Mindanao.

“My government will be sincere in dealing with all the peoples of Mindanao,” he promised. “We are committed to a peaceful and just settlement of conflict, inclusive of the interests of all – may they be Lumad, Bangsamoro, or Christian.” 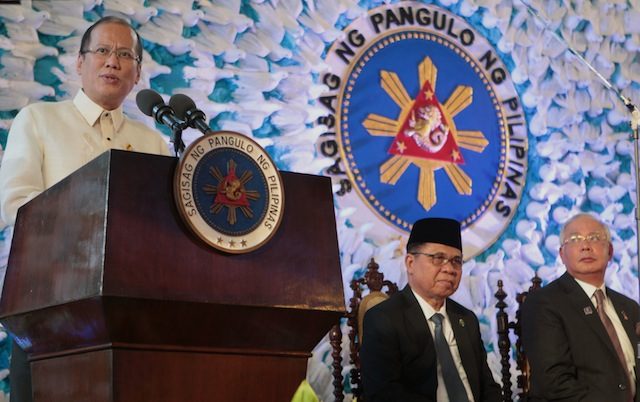 While he promised peace, Aquino also committed to give more arms to the Philippines’ security forces. To strengthen the police and the armed forces is a vow he made from Day One. “It is not right that those who make sacrifices are treated pitifully,” he said.

Aquino is the first commander in chief, post-Marcos, to bring to life the dormant armed forces modernization law. He facilitated the release of funds to buy for the military new helicopters, planes, ships and battlefield gear. Aquino stood up to China, and in the process allowed the full blossoming of the renewed ties between the Philippine and American armed forces, paving the way for more Philippine access to US military training and equipment.

Helping poorest of the poor

Government spending would not be made at the expense of any sector, Aquino vowed.

He promised expanded health services, a targetted assistance to the poorest of the poor, the building of more classrooms, and a curriculum that will make students more competitive with the rest of the world. At the end of it, at least 7.7 million Filipinos breached the poverty threshold, a reproductive health law aimed at managing the population survived a fierce Catholic lobby, and Congress was able to pass the K to 12 law.

The government will strengthen tax collection, he promised, and achieved this through two concrete moves: appointing to the Bureau of Internal Revenue the nemesis of taxpayers and tax evaders alike, Kim Henares, and defying the cigarette lobby to pass the sin tax law.

To commuters and traders, Aquino vowed to address the lack of roads, bridges, and airports.

When it comes to this, Aquino declared, he won’t tolerate mediocre work.

Ironically, it is the mediocre work of some of his men that fueled yet another thirst for change, as he ends his 6-year term. – Rappler.com