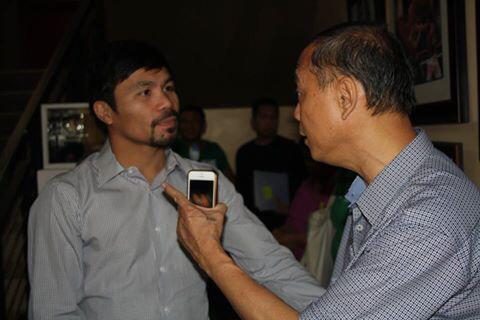 MANILA, Philippines – Barely a month before he officially starts his term as senator, world boxing champion and senator-elect Manny Pacquiao started his 9-day crash course on governance on Wednesday, June 8.

Pacquiao and his Senate staff are in General Santos City to undergo an Executive Coaching Program from June 8 to June 17. It will be conducted by the Development Academy of the Philippines, the Ateneo School of Government, the Asian Institute of Management, and the Philippine Public Safety College.

According to a statement from Pacquiao’s office, the program “aims to brief the neophyte senator and his team with an overview of key issues in governance and nation-building.” It added that the information from the program would be “vital in advancing the newly-elected senator’s legislative agenda.”

On Day 1, Wednesday, Fr Jose Jonathan A. Bitoy lectured Pacquiao and his team  on self-mastery, while Peter Laviña, campaign spokesman of president-elect Rodrigo Duterte gave them a “situationer” on the Duterte government and federalism.

Pacquiao, an outgoing former congressman who had the most absences in the House of Representatives, is also expected to attend lectures on parliamentary procedures and “power blocs” in the Senate. 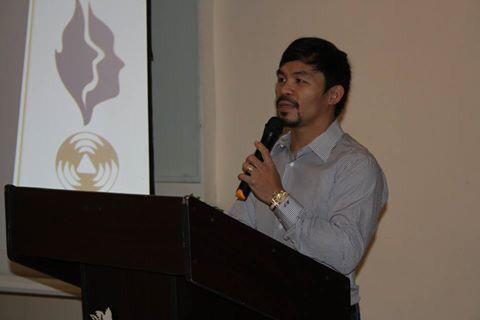 The other topics during Pacquiao’s 9-day crash course include social graces and protocols, the conditional cash transfer program, foreign policy, disaster response, health, education, labor, economy, the West Philippine Sea, and the freedom of information bill, among others.

Newbies in Congress usually take the similar courses in preparation for legislative work. In 2013, then newly-elected Senator Nancy Binay took a 5-day executive course on legislation  at the University of the Philippines National College of Public Administration and Governance two weeks before the opening of session. – Rappler.com