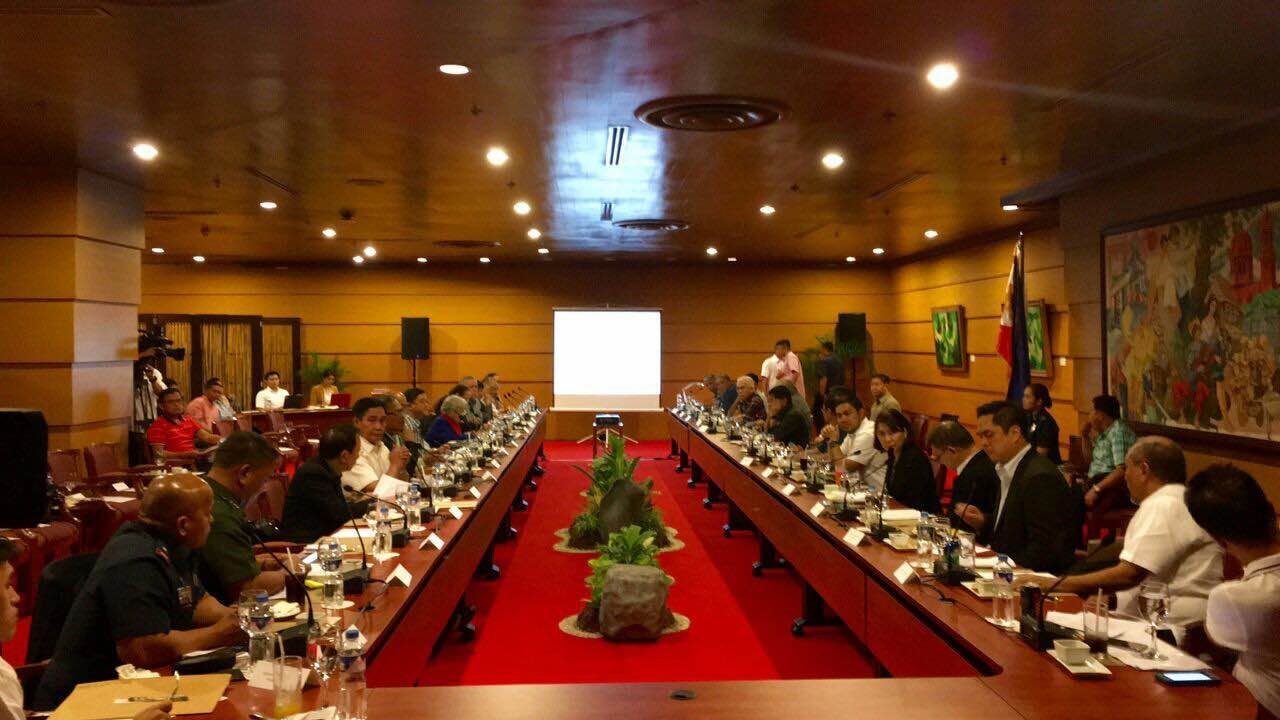 About 5 hours later, his spokesperson Ernie Abella said the meeting was meant for “streamlining of efforts” for the incoming secretaries.

“This evening was a simple, informal meeting with the Cabinet. There was an introduction of the new Cabinet members, the new appointees,” said Abella.

“The whole meeting was just about hearing from the various secretaries so that the incoming administration will be able to be more systematic and coordinated and the departments will not act as silos,” he added.

This is the first time that Duterte met with his official family in Manila, previously gathering them at the Presidential Guest House – the so-called Malacañang of the South – in Barangay Panacan, Davao City.

Similar to Duterte’s past engagements, the meeting was off-limits to the media. Official photos were provided by the state-run Radio Television Malacañang (RTVM).

They exclude incoming peace adviser Jesus Dureza and next labor chief Silvestre Bello III, who are both in Norway to spearhead talks between the Duterte administration and Communist Party of the Philippines founder Jose Maria Sison.

Asked why the Duterte Cabinet met at the PICC, Abella said: “It’s more practical to meet in Manila because a number of people are already here anyway.”

He described the meeting as “light,” with the incoming Cabinet members “very transparent” with each other.

“You know the President is very informal and direct to the point, so that’s how it was,” Abella said.

According to him, another Cabinet meeting will take place before Duterte’s inauguration on June 30, though the venue has yet to be finalized.