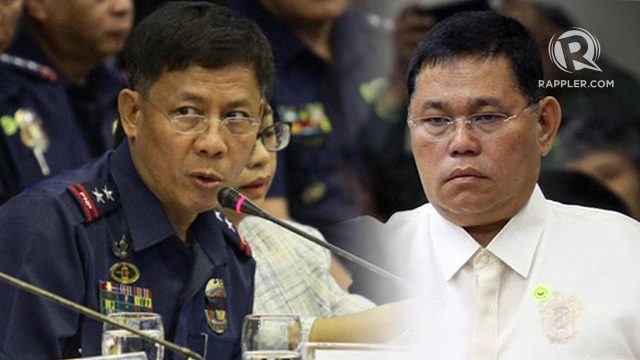 The Ombudsman said in its order that the Motions for Reconsideration of the two police officers “deserve scant consideration.”

The Office of the Ombudsman said in a statement on Thursday, June 16, that Morales has directed the filing of informations with the anti-graft Sandiganbayan for violation of Section 3(a) of Republic Act No 3019 or the Anti-Graft and Corrupt Practices Act, and usurpation of authority or official function.

“Purisima’s active participation and supervision of Oplan Exodus despite the 10 December 2014 preventive suspension order of the Ombudsman and the 16 December 2014 cease and desist order of OIC-PNP Chief Espina both issued against him, violated the PNP chain of command and amounted to usurpation of official functions,” the Ombudsman said in its order.

As for Napeñas, the Ombudsman said “his constant reporting and official dealings with Purisima, notwithstanding the latter’s suspension, and sans the knowledge and approval of then-OIC PNP Chief Espina, made him liable as a cohort of Purisima in usurping official functions.”

It also said that “Napeñas’ plea of leniency on account of his 37 years of meritorious service in government cannot be countenanced by this Office considering that the penalty of dismissal from the service is an indivisible penalty.”

Article 177 of the Revised Penal Code provides that for one to be liable for usurpation, “there must be a clear showing that the person being charged had performed an act pertaining to any person in authority or public officer of the Philippine government, under pretense of official position, and without lawfully being entitled to do so.”

Section 3(a) of RA 3019 prohibits a public officer who persuades, induces or influences another public officer to perform an act constituting a violation of rules or regulations

Purisima and Napeñas also face administrative charges of grave misconduct, gross neglect of duty, and conduct prejudicial to the best interest of the service.

Since both are no longer with the service – Purisima was dismissed in June 2015 while Napeñas retired in July 2015 – they were meted the alternative penalty of a fine equivalent to a year’s salary.

They were also meted the accessory penalties of perpetual disqualification for reemployment in the government service, forfeiture of retirement benefits and cancellation of eligibility, the Ombudsman said.

The Mamasapano operation was carried out through “Oplan Exodus,” a Philippine National Police (PNP) SAF-led operation to neutralize terrorists wanted by both the Philippines and the United States. While the SAF troopers were able to get one of their targets, the operation triggered clashes between police and Muslim rebels and private armed groups in the area due to flaws in executing the plan.

The Mamasapano clash was one of the biggest controversies to hit the Aquino administration. The President’s ratings dipped to their lowest in its aftermath, amid allegations he was indifferent to the plight of the SAF troopers and as questions arose about his involvement and that of his friend, Purisima.