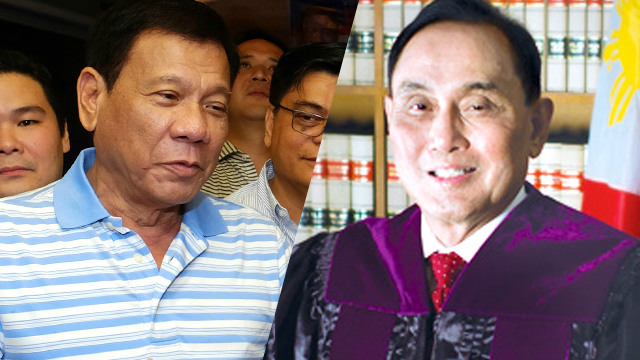 Duterte aide Christopher “Bong” Go, special assistant to the president-elect and member of the inaugural committee, confirmed this to reporters on Thursday, June 16.

Rappler asked Go why Reyes was chosen to administer Duterte’s oath. Go has not responded to our question as of posting time.

Reyes was born in Obando, Bulacan, on July 6, 1947. He started as a private lawyer after passing the Bar in 1971. He then became a regional trial court judge in 1990, and rose to become associate justice of the Court of Appeals in 2000.

The 68-year-old Reyes was appointed by outgoing President Benigno Aquino III to the SC in 2011.

Vice President-elect Leni Robredo, on the other hand, will be sworn in by Captain Ronaldo Coner of Barangay Punta Tarawal, Calabanga, in Camarines Sur.

The Robredo camp describes this village as “the smallest, farthest, and poorest barangay” in Robredo’s province.

Duterte and Robredo will be inaugurated separately on June 30, the day they officially assume office. – Rappler.com