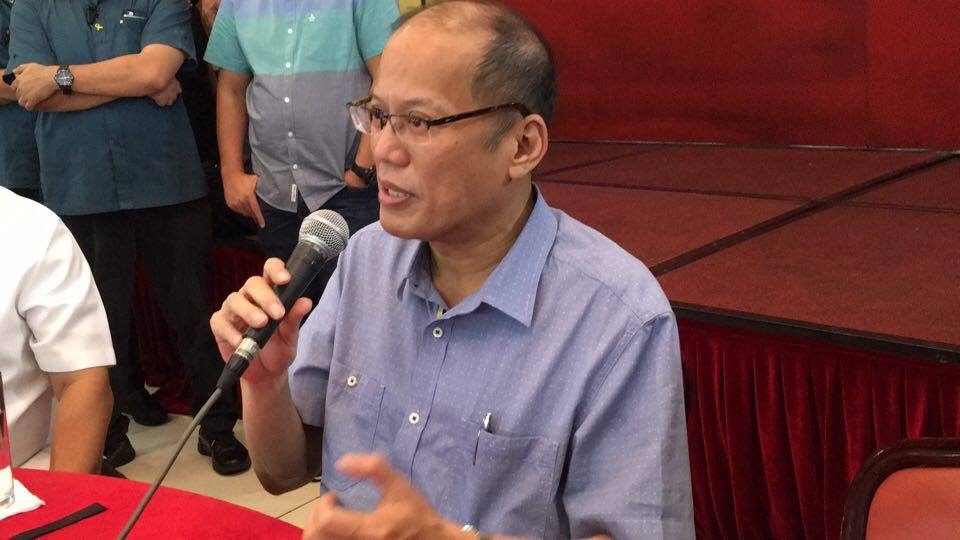 Facebook Twitter Copy URL
Copied
'I congratulated him and we asked each other how we were. More or less, it was a pleasant conversation,' says President Benigno Aquino III of his phone conversation with president-elect Rodrigo Duterte

Describing the conversation as “pleasant,” the President said he offered assistance to the incoming leader even after the transition phase is over. It was also the first time Aquino personally congratulated his successor.

“It was perhaps a short conversation, a minute or so. I congratulated him and we asked each other how we were and I reiterated that offer to be of assistance in any and every manner they deem fit. More or less, it was a pleasant conversation,” Aquino told reporters during a lunch he hosted for the Malacañang Press Corps on Friday, June 17.

Asked for Duterte’s response, Aquino said the president-elect took his gesture well and thanked him in return.

(He seemed happy, he didn’t reject our offer. He thanked our offer to help them in the transition and even after so that a reinventory would not be necessary.)

Meeting with Duterte on June 30

The heated May 2016 polls may have caused friction between Duterte and Aquino, who supported Duterte’s erstwhile rival Mar Roxas. But the President has not forgotten how Duterte helped him in his presidential campaign in 2010, as well as in his senatorial bid in 2007.

“Naalala ko naman noong tumakbo ako both times, tinulungan tayo ni president-elect Duterte, including the presidency. One of the first major turn out of people happened in Davao,” Aquino said.

(I remember when I ran both times, president-elect Duterte helped me, including the presidency. One of the first major turn out of people happened in Davao.)

Moving forward, Aquino has nothing but good wishes for the incoming leader. After all, he said they share only one country.

Aquino is set to meet with Duterte shortly before the mayor’s inauguration on June 30 in Malacañang.

“I understand in his inauguration we will have a, probably, short conversation prior to this oath-taking. And I was reserving, I guess he was also reserving, all the points we want to raise with each other for that meeting, assuming it pushes through,” he added.

In their meeting, Aquino said he would tell the new leader to “build upon” all the things his administration accomplished and started.

“So, when I get to see him and actually I communicated this to Atty. Medialdea ‘no, na it is our hope, that the elections are over, we share one country, we’d like them to be able to build upon all of the things that we have started, we have implemented, we have completed,” he said.

“So we moved parang further along the path of advancement for our country and our people. And to that I think, every patriot should be looking towards helping the incoming administration address the problems that are still here and the forthcoming problems that undoubtedly will happen in this period of parang global challenges,” Aquino added. – Rappler.com