Jun 27, 2016 11:00 AM PHT
Facebook Twitter Copy URL
Copied
Manili then was a quiet village, most of the inhabitants were farmers, and Christians and Muslims lived in peace and tolerance Yesterday, I was chatting online with a former colleague about a common friend (I cannot even remember his name or my association with him). He died in a freak motorbike accident in Davao, which dismembered parts his body.

During our exchange we started to dwell on  death – or the most sordid part of it – dying. My friend asked me, “How do you want to die?” followed by “Would you like to experience dying or do you prefer instead to expedite everything through a sudden death such as a vehicular accident or dying while you are sleeping?” It was rather a morbid conversation and my condescension to the topic of death was defused by intermittent laughter punctuated by icons and emojis in the chatbox.

We do not really fear death. For Muslims, death is a form of release, or a return to where we all came from: the Creator. It is celebration for pious Muslims than an occasion for sorrow. The morbidity of our conversation revealed to me an old adage that we do not really fear death as it is – we fear dying. And then by a very strange stroke of fate, my former colleague mentioned about dying together with his family.

“I think it’s better: We all die together at once so it’s not going to be a very loathsome journey for all of us,” he insisted. Then you and your family should die in a massacre, I joked. We exchanged laughing emojis, and made fun of the idea of a massacre as a form a communal release; a communal journey to the unknown – a death shared by many as a form of bond. Its meaning will only matter to those who will dare remember the simultaneous deaths in a single occasion as an event worthy of a celebration.

This conversation about death occurred to me again this morning as I rummaged through my files of massacres in Mindanao during the regime of former President Ferdinand Marcos, specifically during martial law. I was planning to write an article on the report released by the Transitional Justice and Reconciliation Commission.

To my surprise, June 19 passed by and I had not returned to the story of the Manili Massacre in Carmen, North Cotabato. What shocked me more was none of my friends from my social media circles who are either Moros or into development and peace works in Mindanao bothered to post something in remembrance of the 1971 Manili Massacre.

It is not true that death and dying comes to us in many forms; we will all end up in that ultimate destination: the eternal unknown. However, death has become too commonplace that we can joke about it or forget it just the same until the time comes that we need to face it. But of course, to laugh at death does not diminish our fear of dying.

To us, the Manili Massacre is a narrative on the death of some 70 to 80 Moros in 1971. The exact number is still unknown because of cover-ups during the Marcos regime when the the massacre caught the attention of the international media and Muslim countries in the Middle East and Africa.

Unfortunately, few books and articles were written about the Manili Massacre. It was mentioned in Macapado A. Muslim’s The Moro Armed Struggle in the Philippines, Salah Jubair’s Bangsamoro: A Nation Under Endless Tyranny, and essays of Soliman Santos available online. The latest is Rogelio Braga’s novel Colon, published just this year. 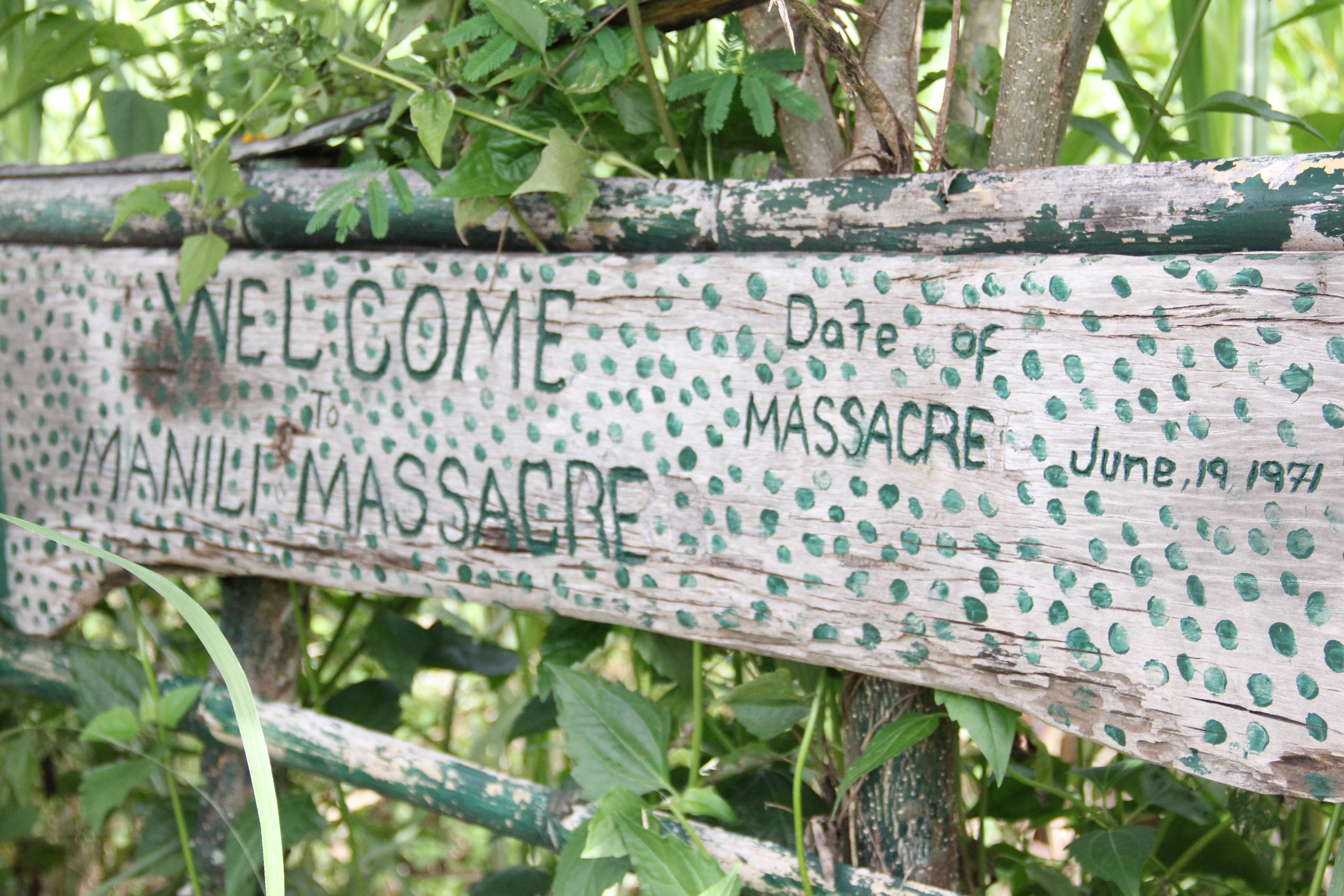 For most young Moros and Filipinos, the Manili Massacre was just an event. That’s why it’s easy for us to memorialize it, to turn it into an artifact of the past like those bloodless things inside museums – something we can remember but we can also opt to forget. Its value has been reduced into historical data as lifeless as old books in  libraries that we seldom visit.

The Manili Massacre, however, should remain as a kind of perpetual, recurring form of dying that will come upon us unless the government and Filipinos decide to address the historical injustices against the Bangsamoro people.

Now the challenge remains: How do we retell the Manili Massacre beyond the bloodless historical recounting of a morbid past? Let me begin with one word: Ilaga.

The Ilaga (Visayan for rat) was born in Upi, now a municipality of Maguindanao province, as a group of farmers composed of Ilonggo settlers and Teduray lumads. It initially represented a collective and a communal resistance against the oppressive landed family, a political clan of known Marcos cronies.

In a legendary encounter in Cotabato, these farmers won over the private armies of this political family using only bolos and home-made shotguns. Their victory spread throughout Cotabato. From a small group of timid but valiant farmers, the Ilaga was raised to folk hero status, and eventually became a movement that would wreak havoc among Moro communities in Central and Northern Mindanao.

The Marcos regime used the Ilaga in its operations in Mindanao. At the time, most Filipino soldiers were from the Visayas and Central Luzon regions who were unfamiliar with the terrain of Cotabato’s valleys and forests. Marcos and his generals used the Ilaga to navigate and penetrate Cotabato’s treacherous geography.

Ilaga members were recruited from the community, mostly Visayan settlers and some Teduray. They are known for their tactics of entering Moro communities at night, then burning houses down while the families were asleep. They would kill everyone who ran out of the homes. As soon as the area was cleared and covered, the soldiers would enter.

Ilagas were brutal to their victims. They were known for dismembering body parts of Muslim victims by removing the right ear of men and the nipples of their women captives. Ilaga members can be identified by a white bandanna wrapped around their heads during operations, in tandem with Filipino soldiers and authorities.

The combined forces of the Civilian Home Defense Force (CHDF) and Ilagas were responsible for massacres in Moro communities during the Marcos regime. Some incidents remain unaccounted for until now.

The Ilaga perpetuated fear and division among communities across Mindanao. All these incidents of atrocities were removed from the annals of Philippine history, a dominant narrative that will always serve the interests of a nationalist center while silencing Moro narratives. 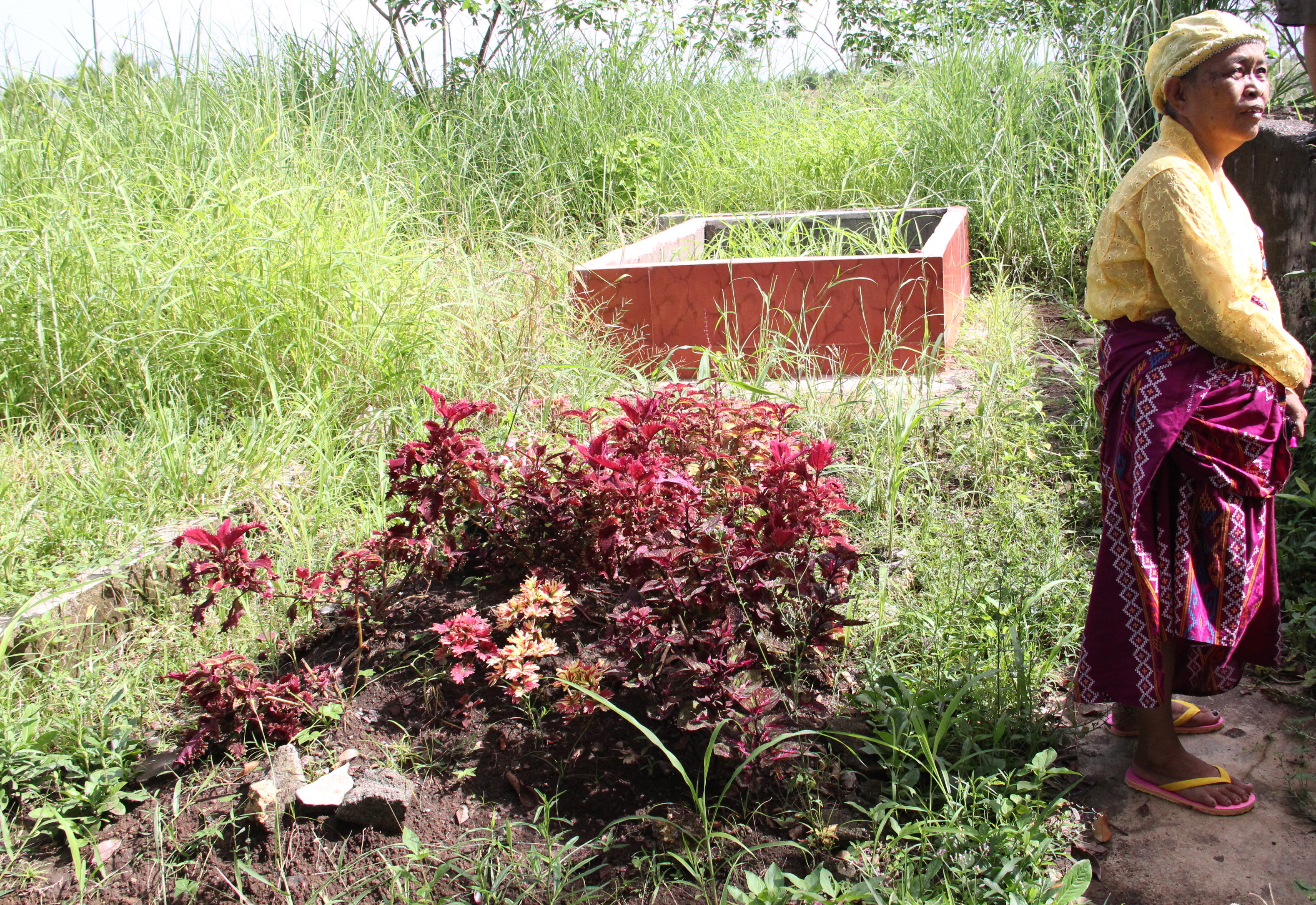 The Manili Massacre was a product of the Ilaga’s atrocities against the Moros in Northern and Central Mindanao. On the morning of June 19, 1971, a group of men led by Captain Langgam and Lieutenant Lagatus arrived at Sitio Bual. They were looking for a man named Enalang, a renegade rebel in the military’s wanted list. Captain Langgam and Lieutenant Lagatus faced Hajji Yusof Nagli, the community leader, and asked him to surrender Enalang to the group.

Manili then was a quiet village, most of the inhabitants were farmers, and Christians and Muslims lived in peace and tolerance. Nagli denied that there was a person named Enalang except for the person who lived far from the village, across the Rio Grande de Mindanao.

While all the men in the village were already in their farms working, the women, children, and old folk who were left behind were sent to the village elementary school, and to the Sitio Bual’s community masjid (mosque). They were forcefully convened in these two places.

It started with a gunshot in front of the school. Nagli was shot point blank in broad daylight. All the people inside the school and in the masjid panicked and the children started to cry. What happened next was a scene that Filipinos, given the chance, would exclude from history textbooks: the Ilaga and members of the Philippine Constabulary opened fire at the school building.

They did the same to the masjid, but committed something more gruesome. The Ilaga  threw several grenades inside the masjid filled with mostly women and children. It was reported that after the incident, dead bodies were piled on top of each other and the walls and ceiling of the masjid were strewn with body parts. It had been said that those who managed to escape had to wade in ankle-deep blood inside the masjid when they returned to retrieve the remains of their family members. The Ilaga removed the ears of their victims – either already dead or dying.

The Manili Massacre will remain as a horrendous story among the Moros and also a quiet gap in the country’s history. The difference between death and dying is always the memory of suffering: the Manili Massacre is a wound that will forever perpetuate the memories of sufferings of my people until justice is served to its victims, their families, and those who have decided to remember the pain and loss.

And as a Moro, Manili will be a reminder of what is left of this dying nation, a bangsa that is set to perpetually wait for its culmination. For only in victory or in martyrdom can we be freed. – Rappler.com

Amir Mawallil, is a member of the Young Moro Professionals Network (YMPN), the country’s biggest organization of Muslim professionals.