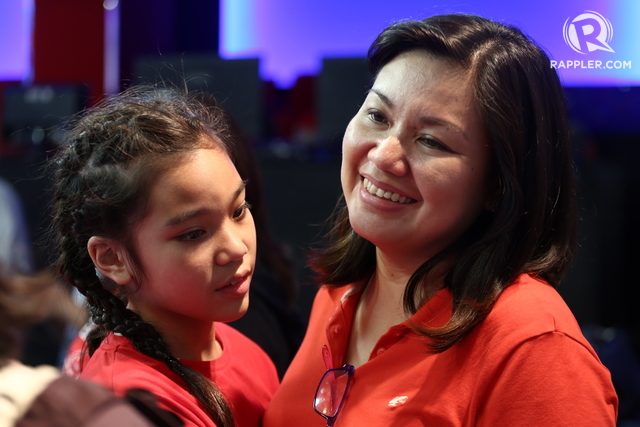 Facebook Twitter Copy URL
Copied
Duterte's youngest child will hold the old Bible of his mother, Soledad, when he takes his oath as Philippine president, says one of the inauguration organizers

DAVAO CITY, Philippines – It will be Rodrigo Duterte’s youngest daughter who will hold the Bible for her father as he takes his oath as the 16th president of the Philippines.

Liset Marquez, member of the Inauguration Organizing Committee, told Rappler on Monday, June 27, that this was recently decided.

It was also decided that Kitty will be holding the old Bible of Duterte’s mother Soledad or “Nanay Soleng,” said Marquez.

Soledad, one of the leading women activists in Davao City during her time, has been frequently cited by Duterte as one of the people who have had a huge influence on him.

Her death in 2012 was a big blow to Duterte. The night of the May 2016 elections, he cried at the grave of his parents and asked for their guidance.

Kitty’s role as Bible-holder for her father will surely remind Duterte supporters of her presence in his campaign sorties.

On the campaign trail, Kitty was frequently seen onstage approaching her father in the middle of his speech to whisper in his ear reminders about time limits and important things to mention.

Duterte has always said that, among his family members, it’s his two daughters, Kitty and Sara, who he can’t refuse.

Avanceña told Rappler that Kitty will be wearing a white dress, but not a Filipiniana because the “fabric doesn’t suit her.”

According to those close to the family, Duterte’s grown children have “no animosity” towards Kitty. In fact, during the campaign season, Kitty would sometimes share the stage with some of them.

But things don’t seem as smooth-sailing between Elizabeth and Honeylet. Elizabeth has said she expects an “awkward situation” during the inauguration if she is forced to have a close encounter with Honeylet.

For her part, Honeylet has said they are “civil” to each other.

Marquez said the inauguration organization committee will ensure there will be no awkward situations between the two women. – Rappler.com