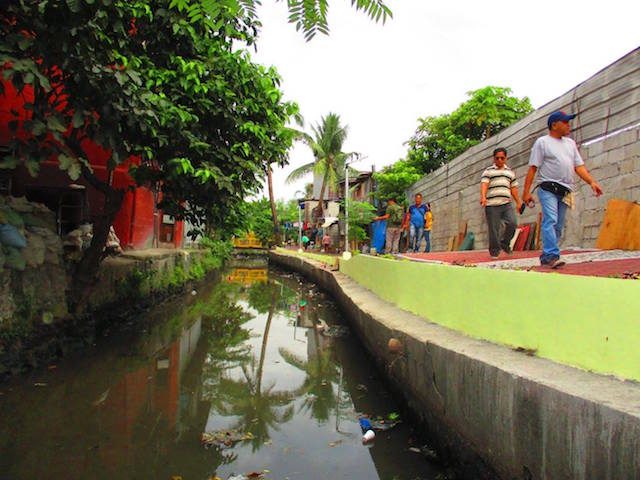 MANILA, Philippines – The Commission on Audit (COA) criticized the slow pace of the relocation of informal settlers along the Pasig River, saying that the Pasig River Rehabilitation Commission (PRRC) failed to hit its target to rehabilitate the waterways and tributaries of the river in 2015.

In its 2015 audit report, COA noted that the PRRC relocated 2,442 informal settler families (ISFs), representing 82% of the 2,973 families that were supposed to have been relocated for 2015.

“The data… showed that out of the remaining surveyed ISFs of 12,673 to be relocated as of December 31, 2014… only 2,442 were actually relocated in 2015. At the rate the number of ISFs are being relocated, it is unlikely or impossible to rehabilitate the esteros/creeks by the last year of the relocation program in 2019,” COA said.

The relocation program, started in 2000, aimed to create a 10-meter easement on both sides of the tributaries and the Pasig River channel to be designated as “environmental preservation areas.”

The project also aimed to improve water quality, as 65% of garbage that end up in the Pasig River come from nearby informal settler communities.

But of this number, 1,014 families have been transferred to the relocation sites in Bulacan and Cavite.

PRRC had also relocated 1,428 families from other areas of Pasig River that were not yet due for rehabilitation.

The audit agency also questioned why PRRC only spent P24.47 million in 2015, despite having a budget of P41.88 million for demolition and relocation.

COA said that the P41.88 million amount was supposed to be used for the transfer of informal settlers from 8 areas due for rehabilitation. But only P9.82 million was spent for this purpose, and the remaining P14.65 million was used for the relocation of families in creeks that were not yet covered by ongoing projects.

The PRRC also increased its expenses for “other professional services” when it spent P36.24 million for the hiring of 206 service personnel, compared to the P26.04 million it spent in 2014. – Rappler.com