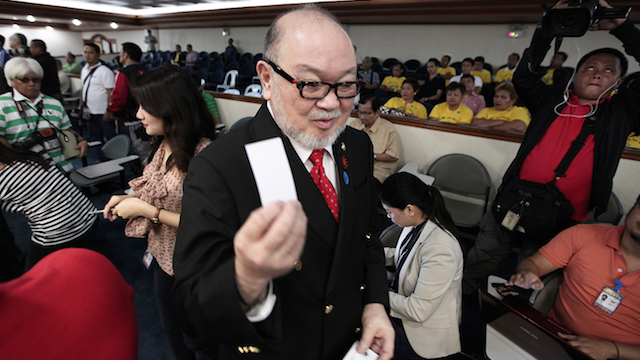 The Ombudsman said in a statement on Tuesday, June 28, that Syjuco faces malversation and violation of Sections 3(e) and 3(h) of the Anti-Graft and Corrupt Practices Act for entering into a multi-million government contract using Tagipusuon Foundation, Incorporated, his NGO.

Morales said the actions of the respondents reveal “torrid signs of a criminal activity contrived clandestinely.”

She said that Syjuco used Tagipusuon and Ilonggo Chickboy Corporation “in bilking out public money from the treasury.”

The Ombudsman’s investigation showed that in 2000, Syjuco used the NGO as a conduit for getting P4.3 million in government funds to finance Chickboy’s poultry business.

According to the complainant,  Syjuco controls both Tagipusuon and Ilonggo Chickboy Corporation.

The DA gave the P4.3-million grant to Tagipusuon as part of the regional office’s district-wide poultry breeding and production project.

Chickboy Corporation then entered into a Memorandum of Agreement (MOA) with the NGO for the supply of Kabir chicks.

The Ombudsman found the following anomalies in the fund disbursement: