MANILA, Philippines (2nd UPDATE) – President Rodrigo Duterte and Vice President Leni Robredo finally made their first public appearance together at the change of command ceremony of the Armed Forces of the Philippines.

The ceremony took place on Friday, July 1, a day after their separate inaugurations, at Camp Aguinaldo in Quezon City.

After full military honors, Duterte walked to his seat and shook hands with Robredo.The two seemed to exchange pleasantries before taking their seats with smiles on their faces.

The two were seated one place apart from the other, with outgoing Acting AFP chief Glorioso Miranda, seated between them.

Former president Fidel Ramos, who was seated close to the two officials, watched on with a big smile. He had endorsed the candidacies of Duterte and Robredo.

When it was Duterte’s turn to speak during the ceremony, he first greeted “Vice President Leni Robredo” and quipped, “this is my first time to meet you personally.“

He added he was ready to sit beside her but that the “SND” was already there, referring to the Secretary of National Defense, Delfin Lorenzana.

“I would have preferred to be seated beside you but nandiyan si Defense [Secretary Lorenzana],” said Duterte.

During Duterte’s speech, Robredo could be seen smiling and laughing at some of his jokes.

Afterwards, when both officials were about to exit the venue, Duterte offered her a sip from his carton of coconut water but she declined with a smile on her face.

The two then posed for a photo opportunity with the media.

In an ambush interview, Robredo said she found their meeting “very cordial.”

She took the opportunity to ask Duterte if they could agree to meet.

She said it seemed Duterte “welcomed” the idea of meeting with her.

Since her proclamation, Robredo had wanted to meet with Duterte to personally assure him of her cooperation, even if they come from different sides of the political fence, but it had yet to be scheduled by Duterte’s office. 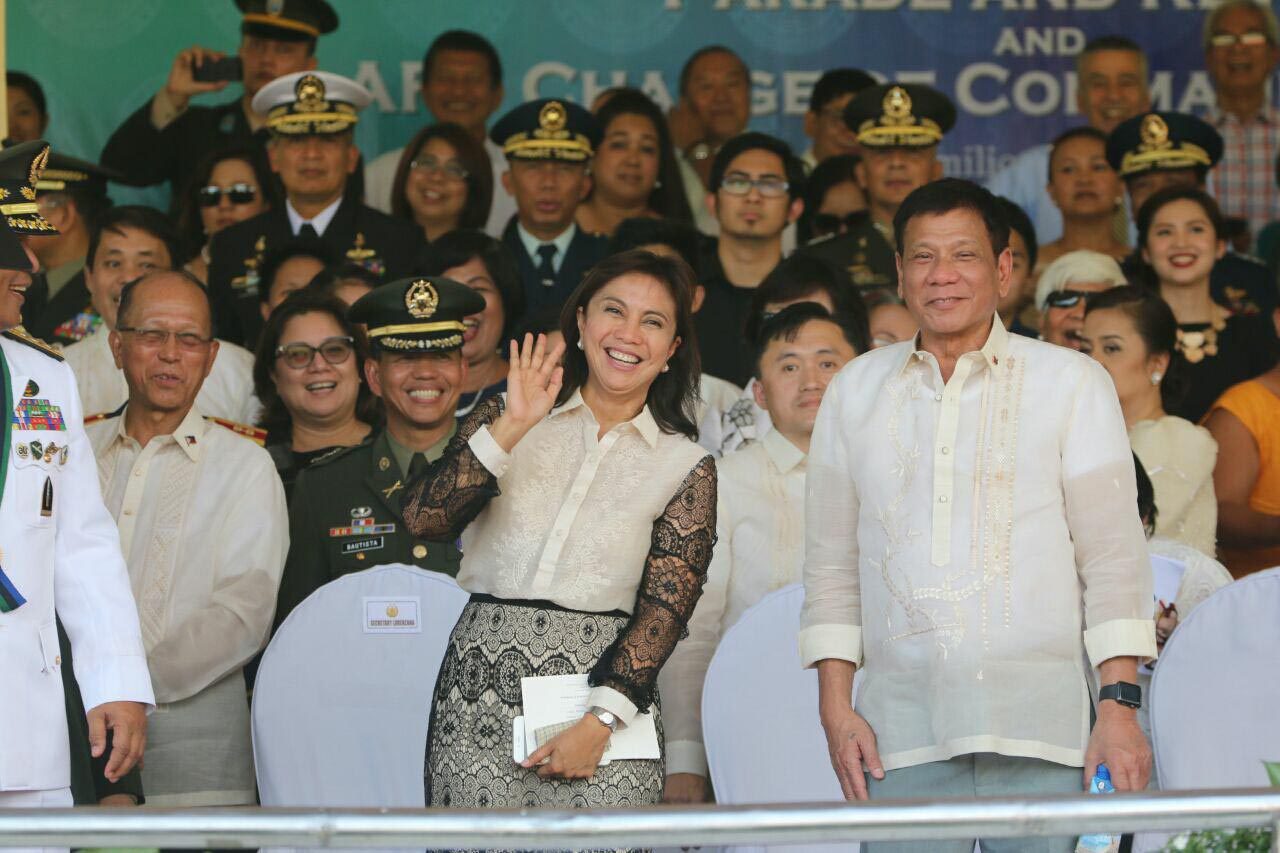 The two highest officials of the land appeared to have been off to a rocky start when Duterte said early on that he would not give a Cabinet position to Robredo.

He had cited their political differences, and his friendship with Robredo’s top rival for the vice presidency, former Senator Ferdinand “Bongbong” Marcos Jr. – Rappler.com