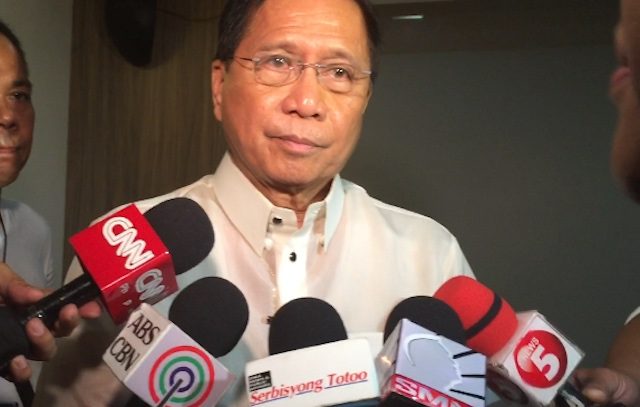 During the Office of the Presidential Adviser on the Peace Process (OPAPP) turnover ceremony on Monday, July 4, Dureza emphasized that his term will build on what has been done by former secretary Teresita “Ging” Deles in the past 6 years.

“There is going to be no transition as they usually call it. We’d like to use the word ‘continuity’ and building on what had been there,” he said.

“Now she has left, I’m going to build on what she has placed on the ground. Iyan kasi ang peace process eh, hindi puwedeng pabago-bago (That’s the nature of the peace process, you can’t keep on changing it).”

No stranger to peace negotiations, Dureza served as peace adviser to Gloria Macapagal Arroyo from 2005 to 2008 before he went on to become her press secretary.

However, when it comes to honoring the Comprehensive Agreement on the Bangsamoro (CAB), the government might have to take a new route.

The agreement was the basis for the proposed Bangsamoro Basic Law (BBL), which outlined mechanisms to be implemented for long-lasting peace in the Autonomous Region in Muslim Mindanao (ARMM).

The passage of the BBL was stalled, however, after the Mamasapano clash which killed more than 60 people in January 2015. Advocates of the Bangsamoro measure now have to refile it in the 17th Congress.

For Dureza, what’s important is that the proposed law honors past agreements. Deles, meanwhile, admitted that the BBL has its flaws, but hopes that a law for the implementation of the CAB will become reality soon.

(We’re holding onto the CAB. The position of the panel, after all, is that it should be a CAB-compliant law.)

The next steps would be the reconstitution of the Bangsamoro Transition Commission (BTC), which would propose measures aligned with the CAB.

Dureza said that while future plans could differ from the initial plan of passing the BBL, he said the Duterte administration is still moving toward the direction of long-lasting peace.

“When you hit a snag here, you look for a way to get out of that area, and now that’s what we’re doing as we’re stuck with the disapproval of the BBL,” he said.

“We’d like to see how we can look for another route going to the same direction.” – Rappler.com