IN PHOTOS: Duterte-Robredo meeting at Malacañang 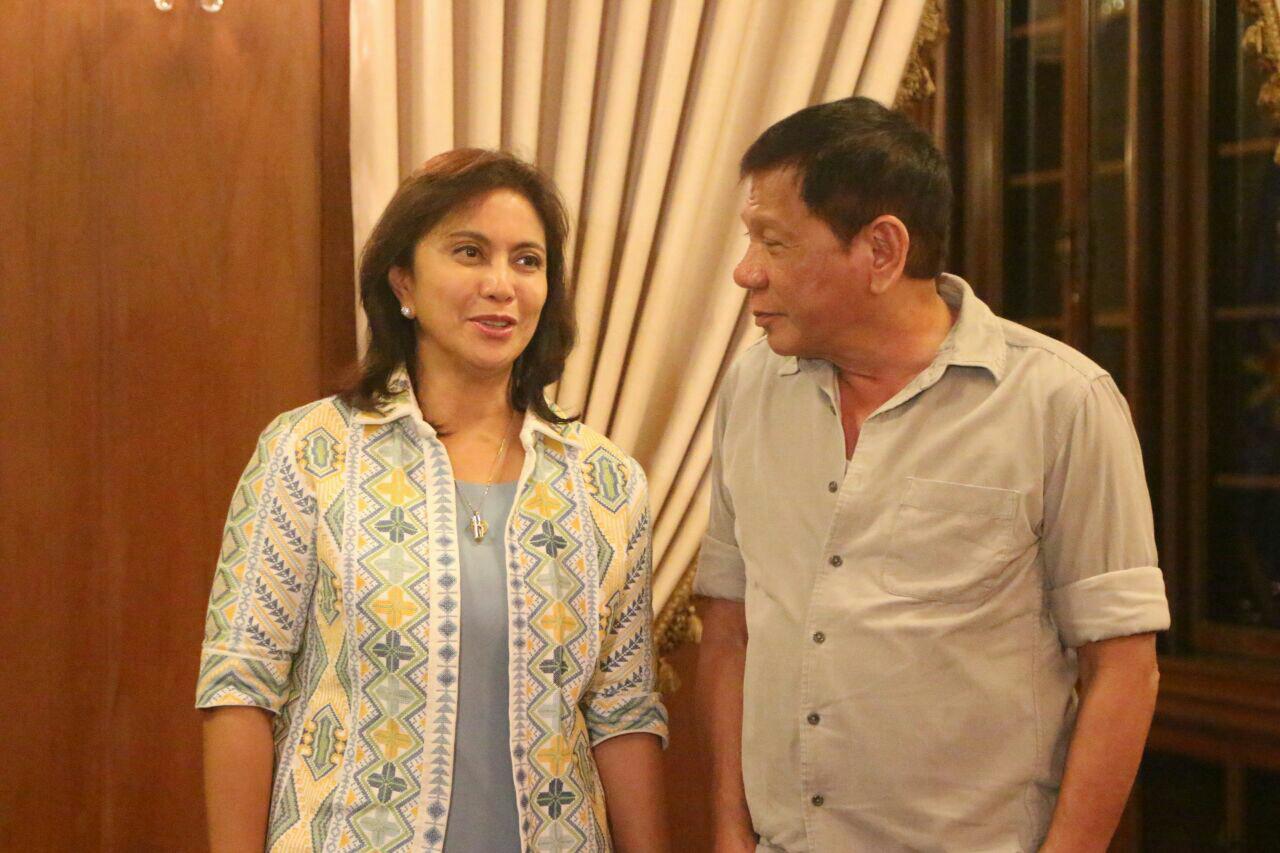 The meeting took place in the Malacañang Study Room at around 3:30 pm. Robredo’s visit was not opened for media coverage but was broadcast briefly by Radio TV Malacañang (RTVM) through Facebook Live.

In the video, Duterte can be heard offering Robredo a snack. Their interaction for the rest of the meeting was inaudible but the two could be seen smiling at each other.

The Facebook Live broadcast was cut before the meeting was over.

For the meeting, Duterte chose not to wear the more formal barong tagalog, favoring an outfit he is more comfortable in – a collared shirt characteristically rolled up at the sleeves and tan pants. Robredo wore a dress under a printed coat.

After the meeting, Duterte even escorted Robredo as she walked out of the Palace towards her vehicle.

As Robredo bent down slightly to shake his hand before leaving, Duterte said, “Please do not bow down. Nae-embarrass ako (I am embarrassed).”

This was the first formal meeting between the two leaders though they met each other briefly during the change of command ceremony of the Armed Forces of the Philippines last Friday, July 1. (READ: Robredo on meeting Duterte: ‘It exceeded expectations’)

See photos of their first formal meeting below. 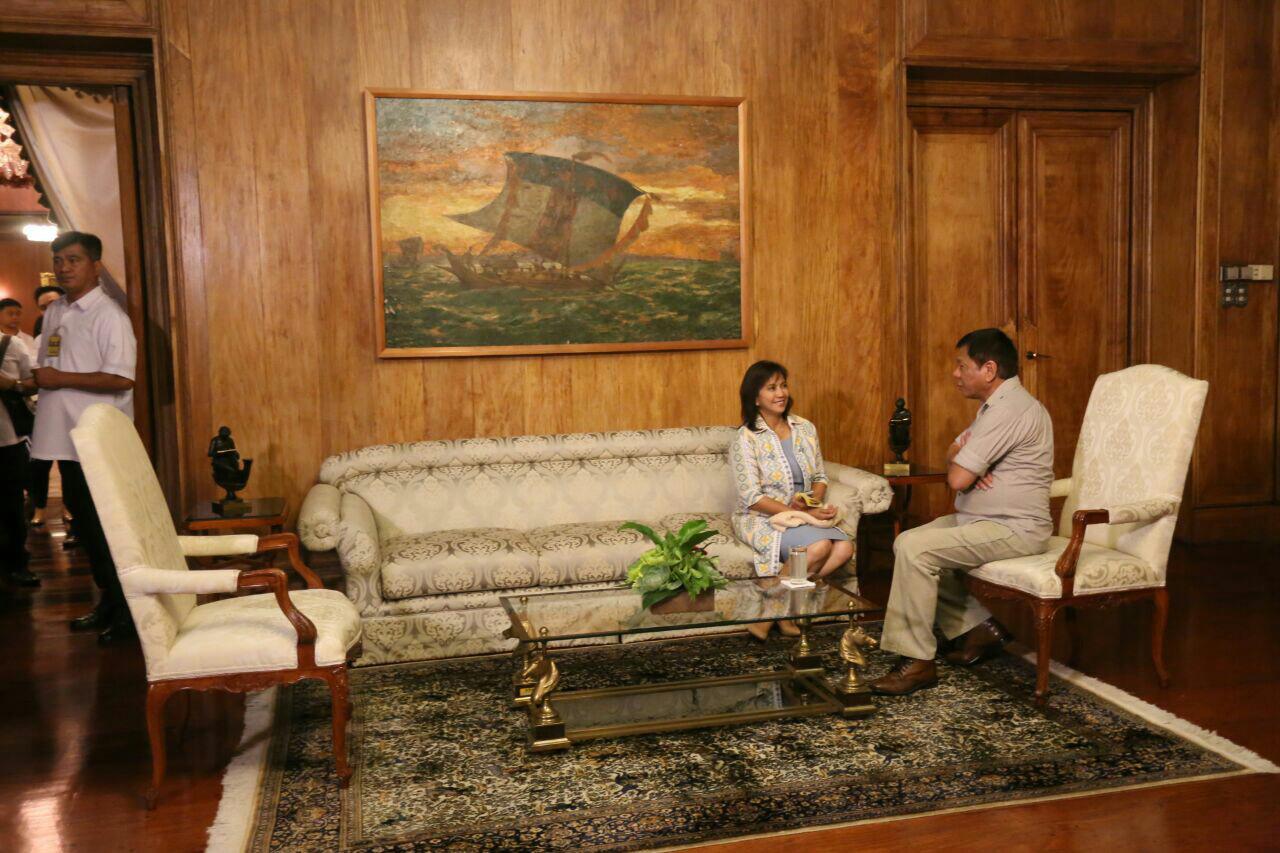 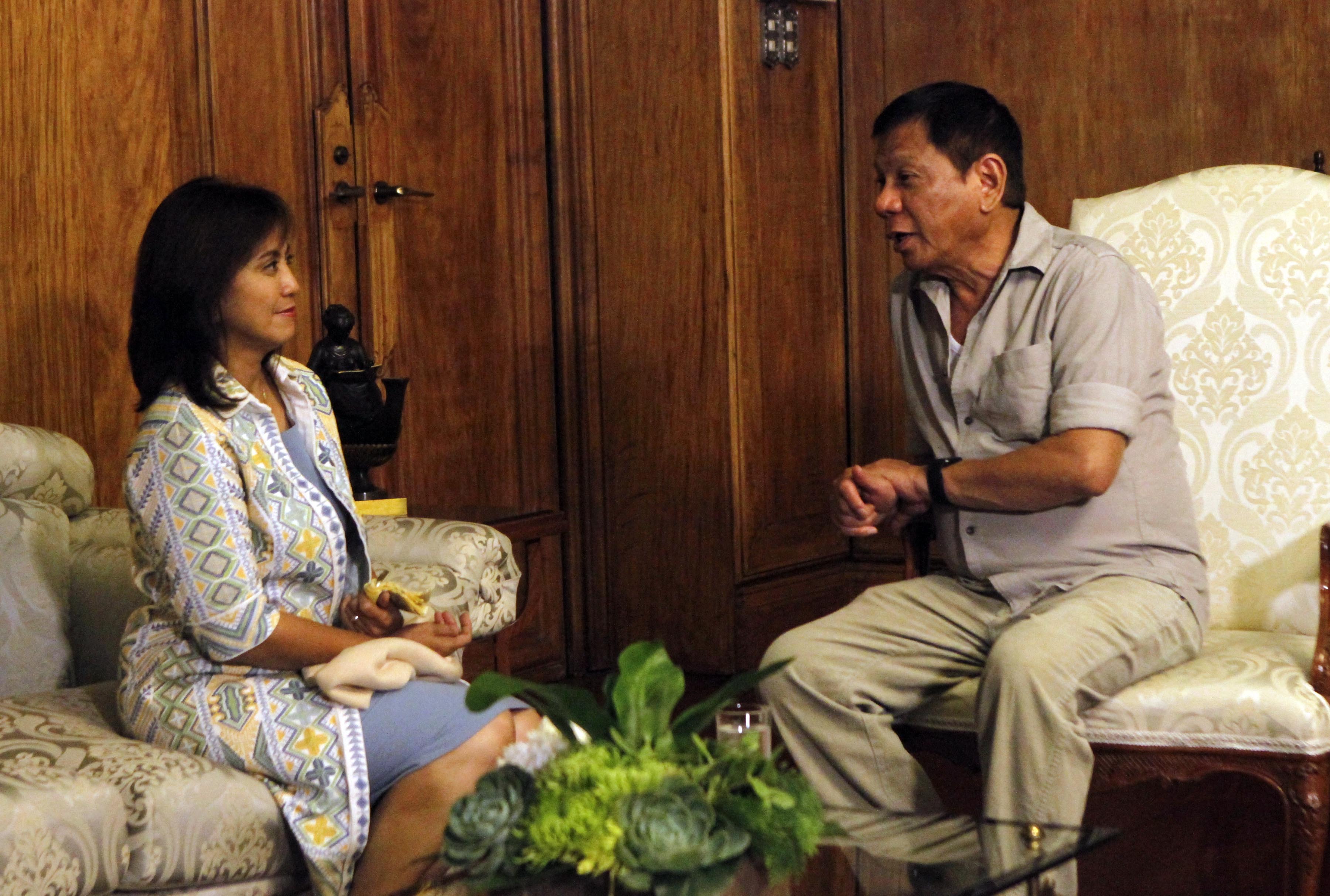 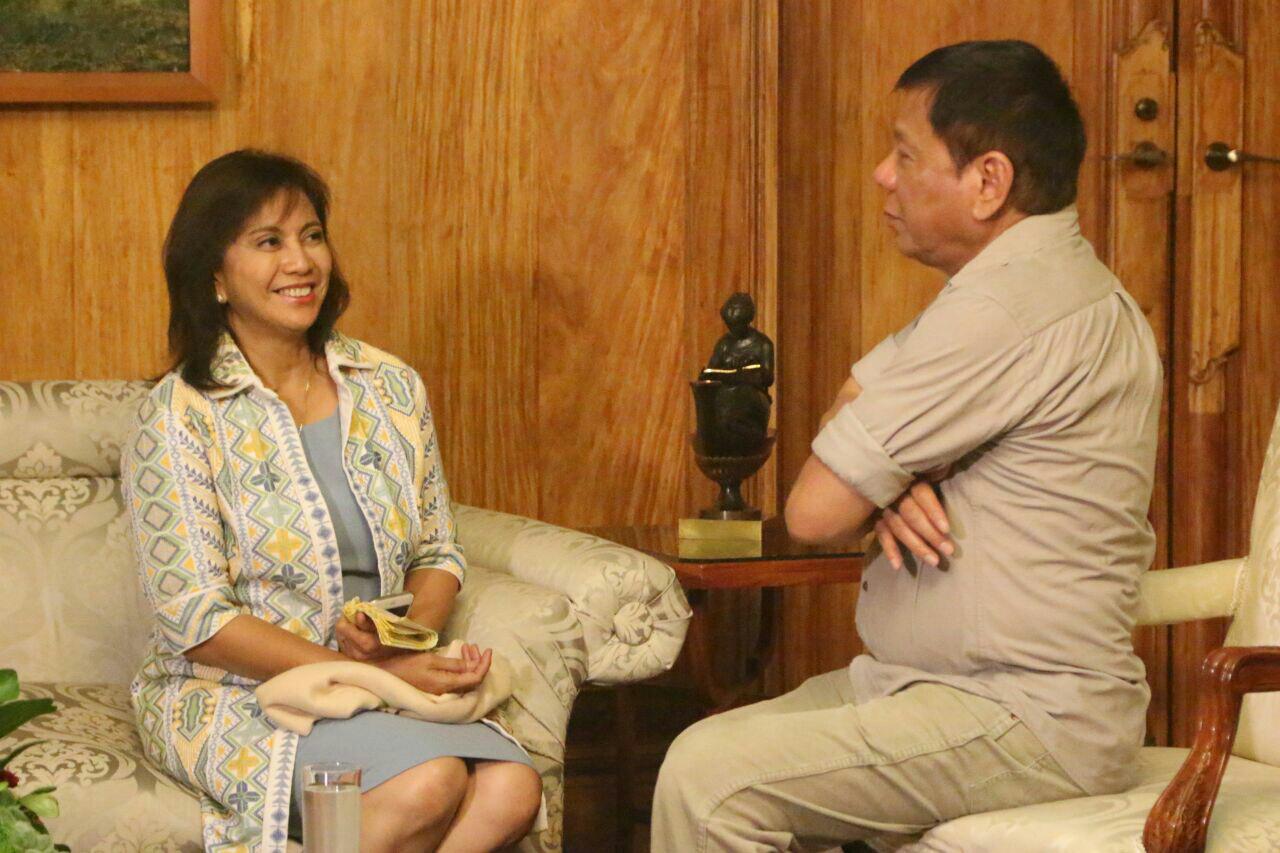 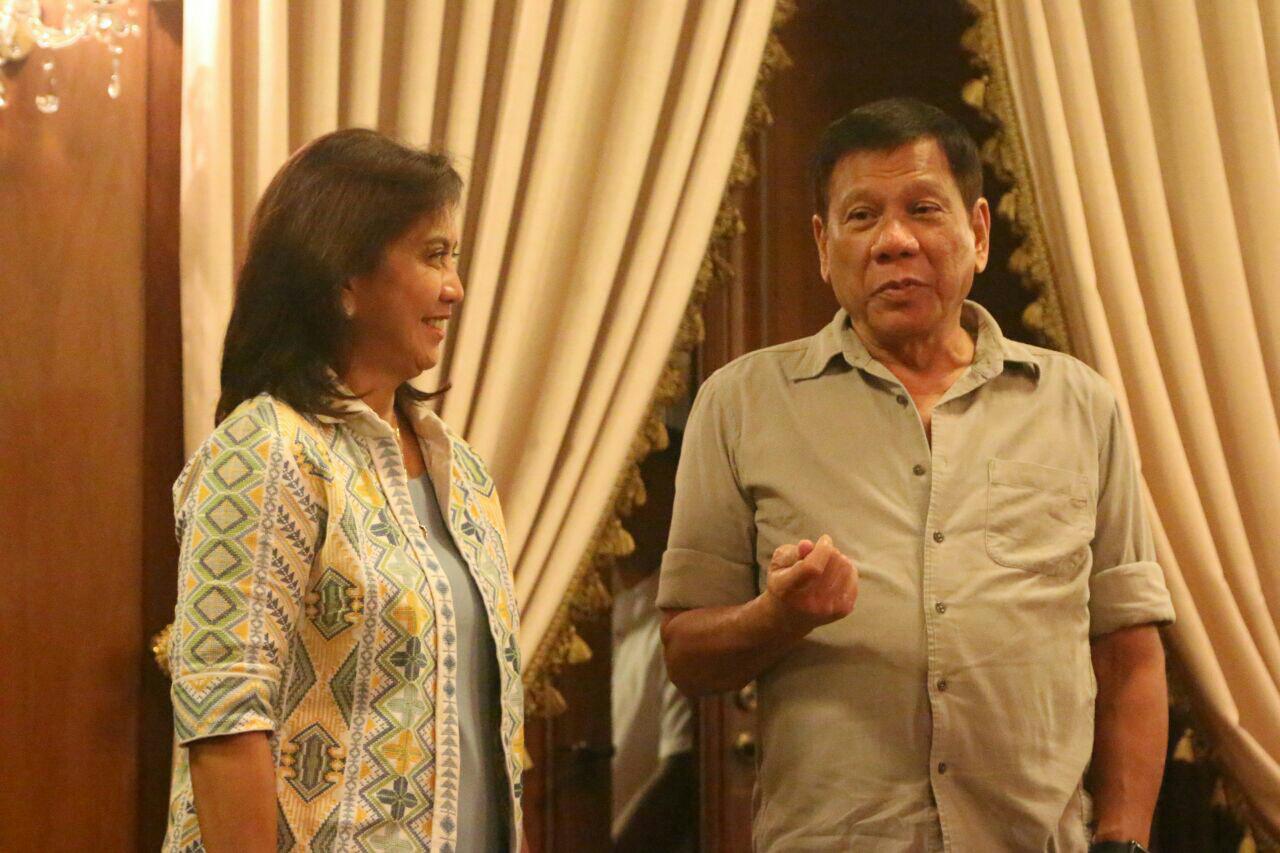 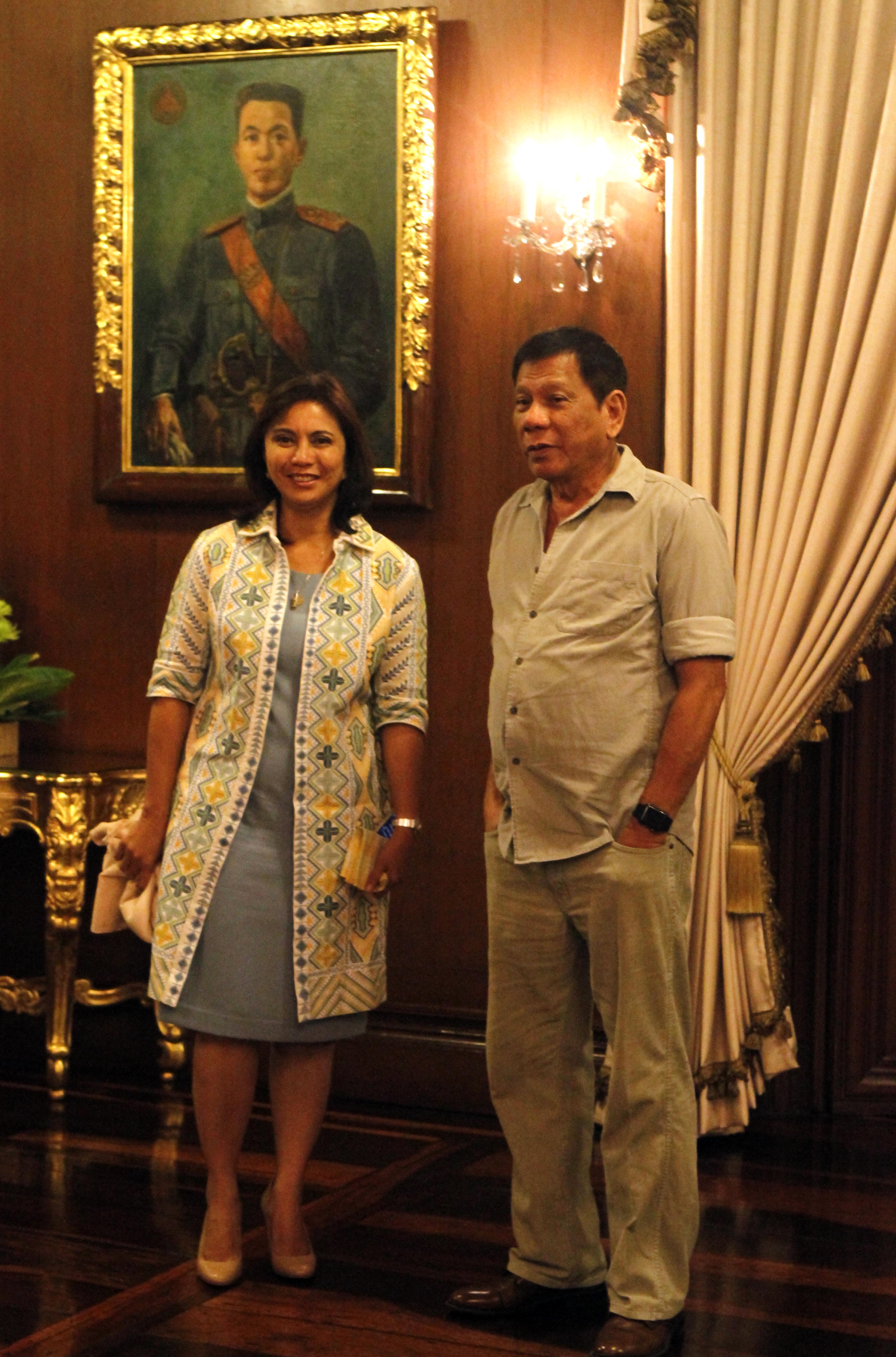 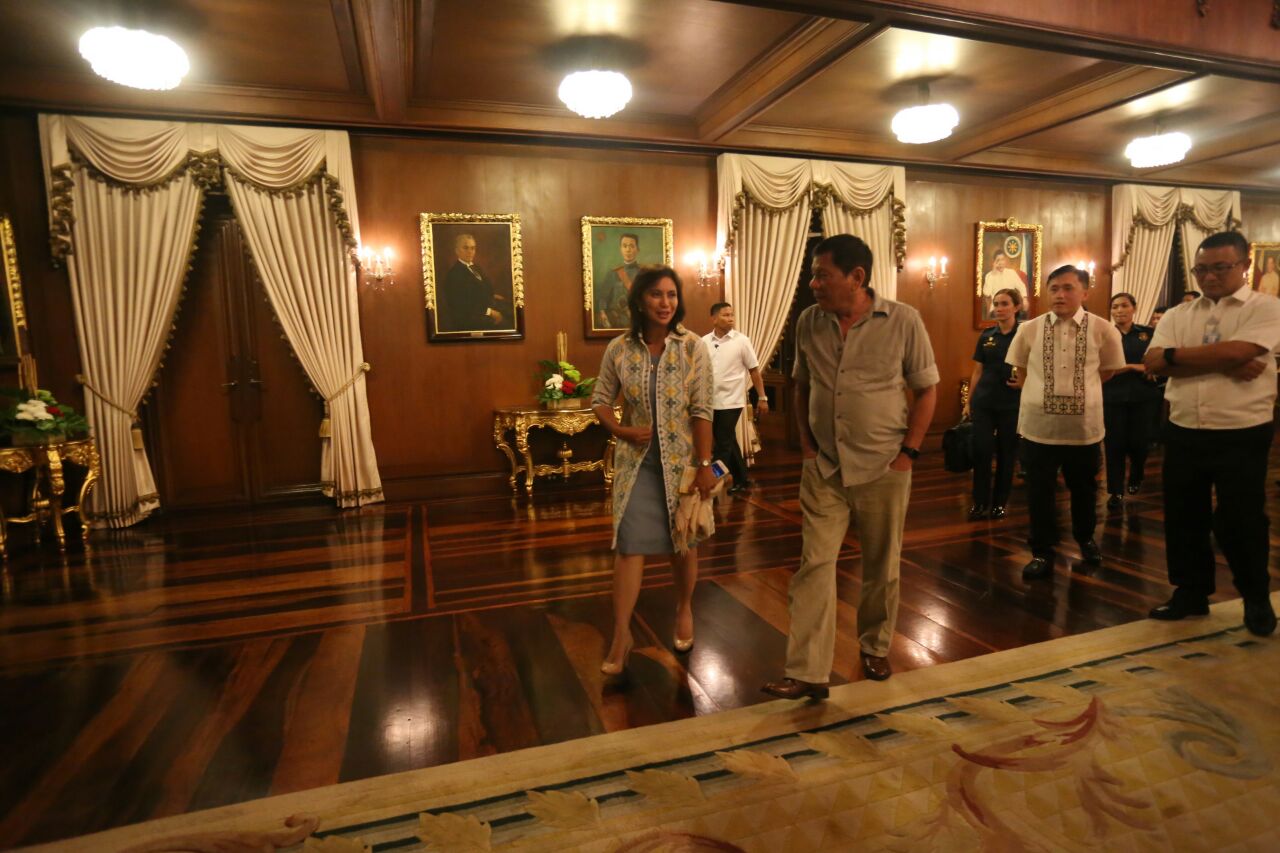 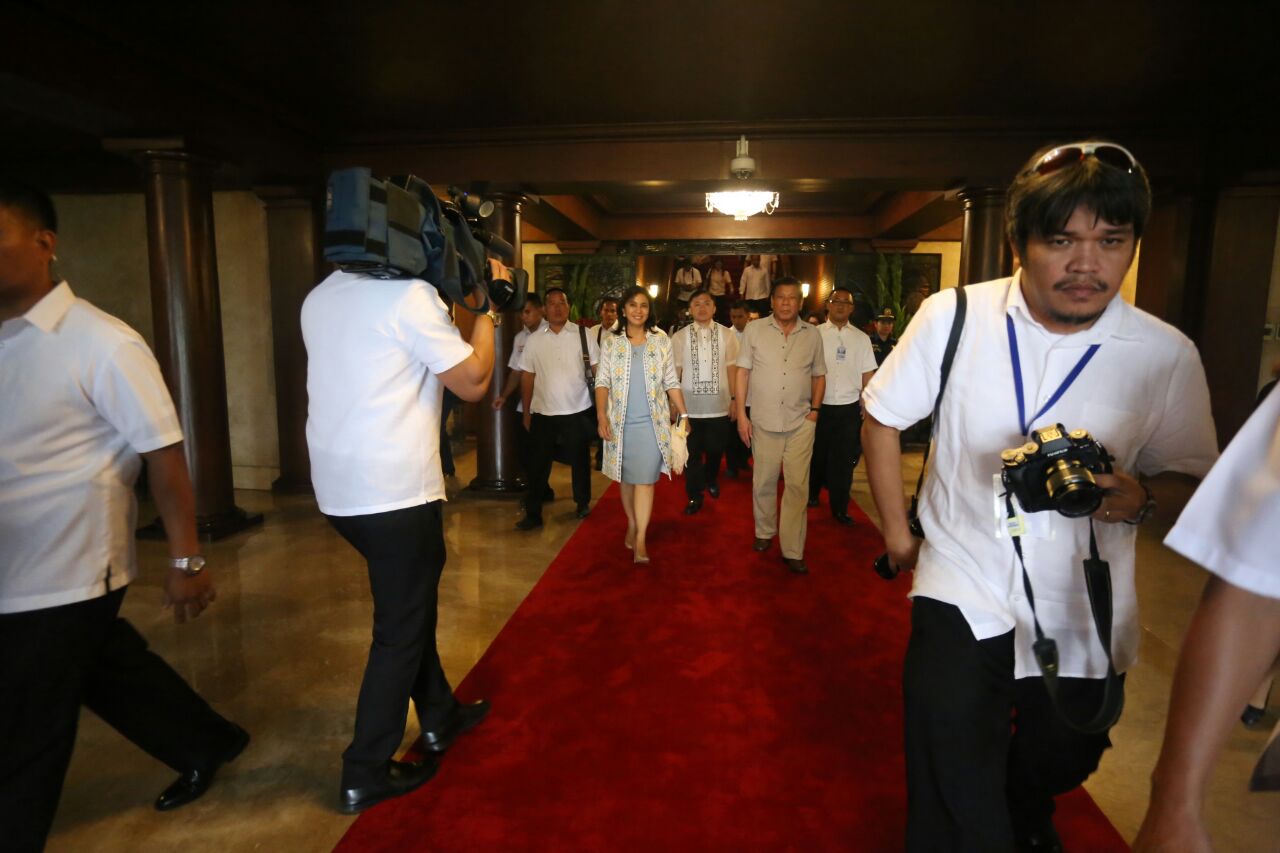 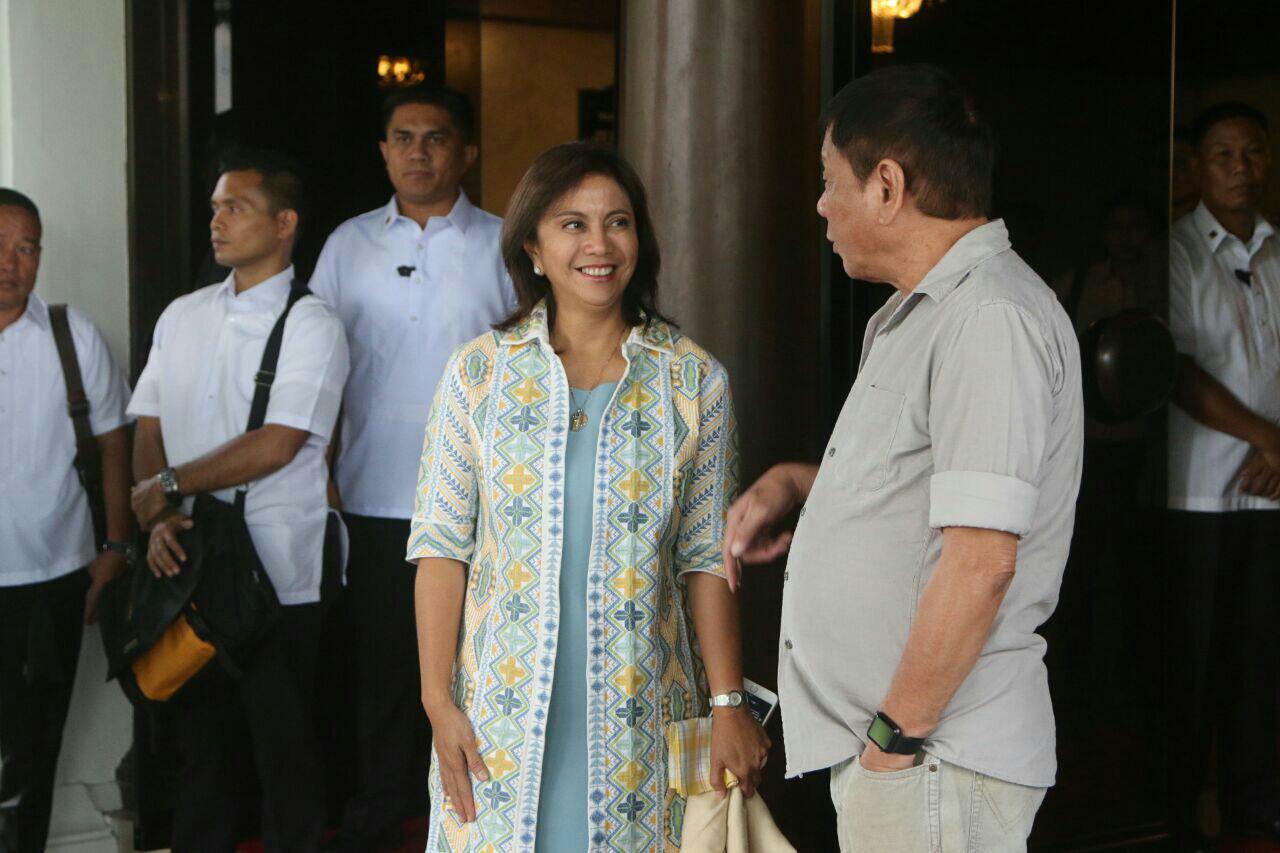 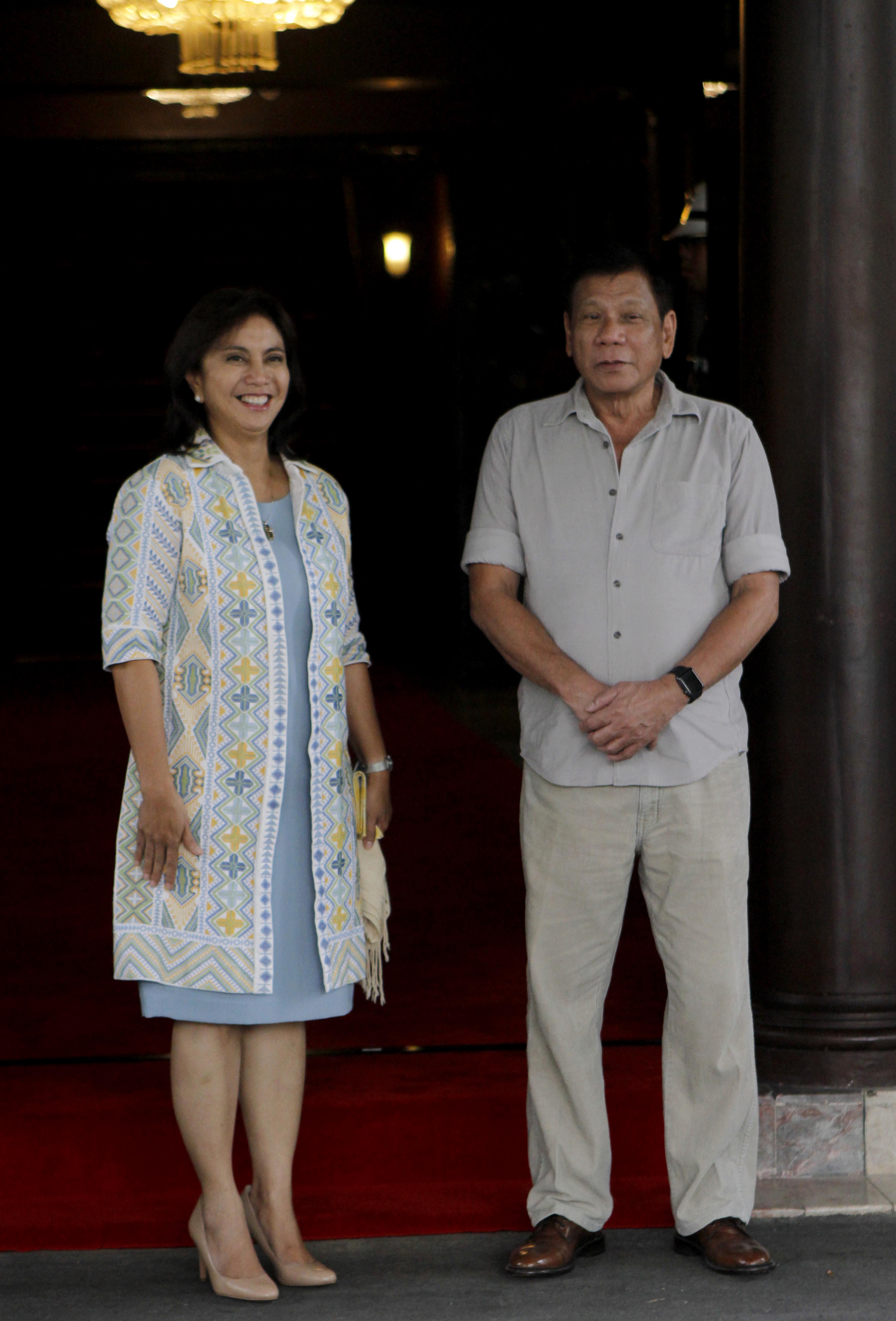 The country is waiting to see how Duterte and Robredo will work together given the tension brought about by Duterte’s announcement that he has no Cabinet position yet for the Vice President.

Duterte had then explained that his decision was connected to his friendship with Senator Ferdinand “Bongbong” Marcos Jr, who Robredo beat to the vice presidency by a razor-thin margin. Duterte also credits the Marcos family for helping him win the elections in their bailiwick, Ilocos Norte.

Robredo, as the candidate of the Liberal Party, had then campaigned for the victory of LP standard-bearer Manuel “Mar” Roxas II. Duterte lost in her district, Camarines Sur.

Despite the rough start to their working relationship, Robredo has declared her full support for Duterte’s administration. – Rappler.com